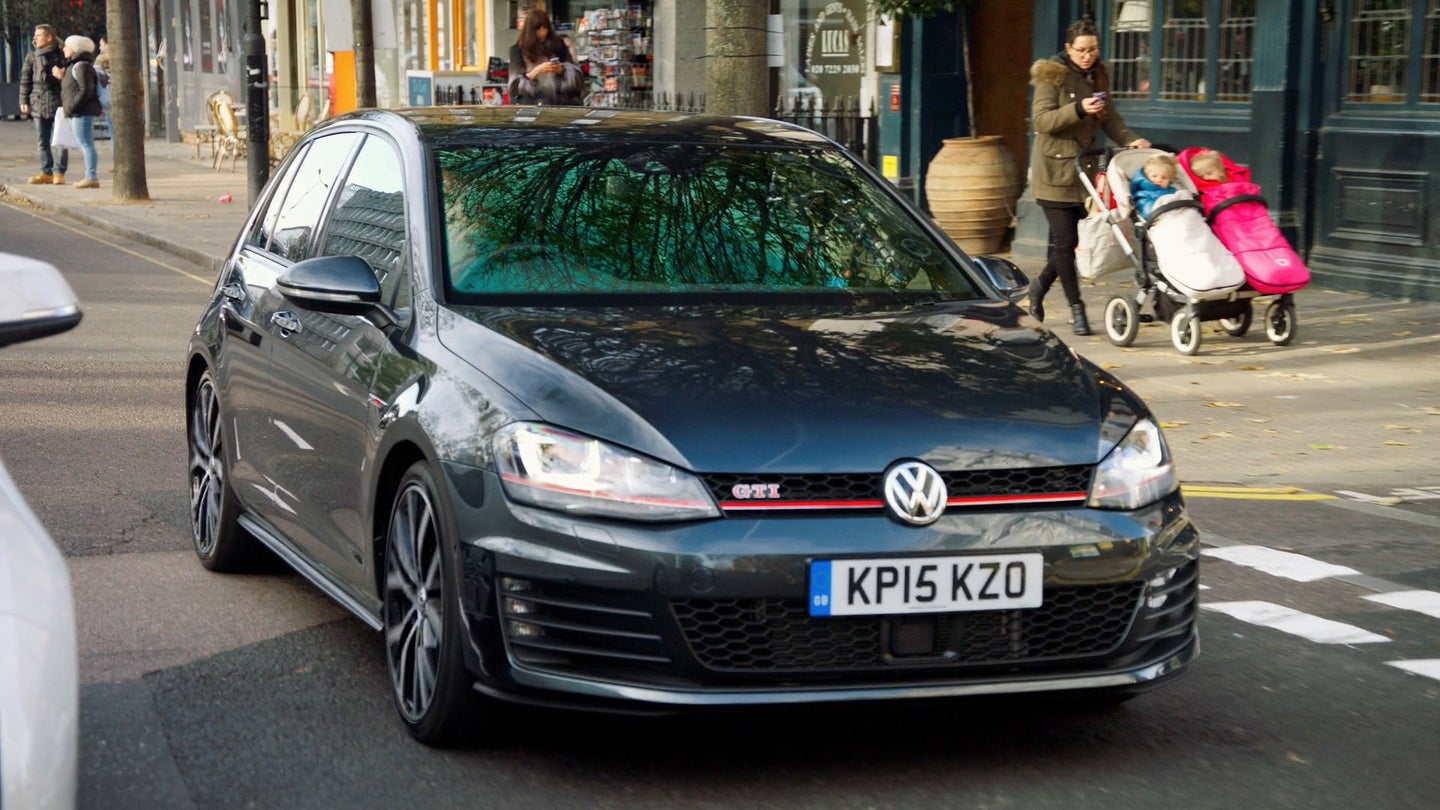 It looks like Jeremy Clarkson is making some changes to his personal garage. In a DriveTribe post published on Thursday, the star of Grand Tour fame has put his 2015 Volkswagen Golf GTI up for sale.

According to Clarkson, it has 23,200 miles on the odometer and is fully loaded with the Performance Package—a package that included bigger brakes borrowed from the Golf R, a limited-slip differential, and 220 horsepower instead of the base 210.

He's asking for the equivalent of a little over $28,000 (£21,500) which seems a bit high considering this very similarly-specced, 23,341-mile example can be had for around $26,000 (£19,990 or as Clarkson's countrymen would say, "a tenner under twenty grand"). Then again, that one probably was never owned by the lead presenter of the most popular car show—pause—in the world. However, one could potentially argue that any car owned by Clarkson should be discounted given his often aggressive on-screen driving style.

Speaking of on-screen driving, this particular GTI appeared in The Grand Tour Season 1's final episode in a "Past v Future" challenge against James May's own BMW i3. Mild spoilers for the episode: Jeremy originally wanted a three-door GTI but amusingly ended up with the five-door car we see here because of a snafu with the options form.

May goes on to say that Clarkson originally intended to get a red one—another plan foiled by pesky paperwork. Clarkson apparently denies this.

In any case, if you live in the U.K. and would like a five-door, gray, German hot hatch used by the one and only Jeremy Clarkson, be sure to hit him up on DriveTribe.