When the road is closed there’s usually a good reason for it such as downed power lines. It could be a matter of life or death. 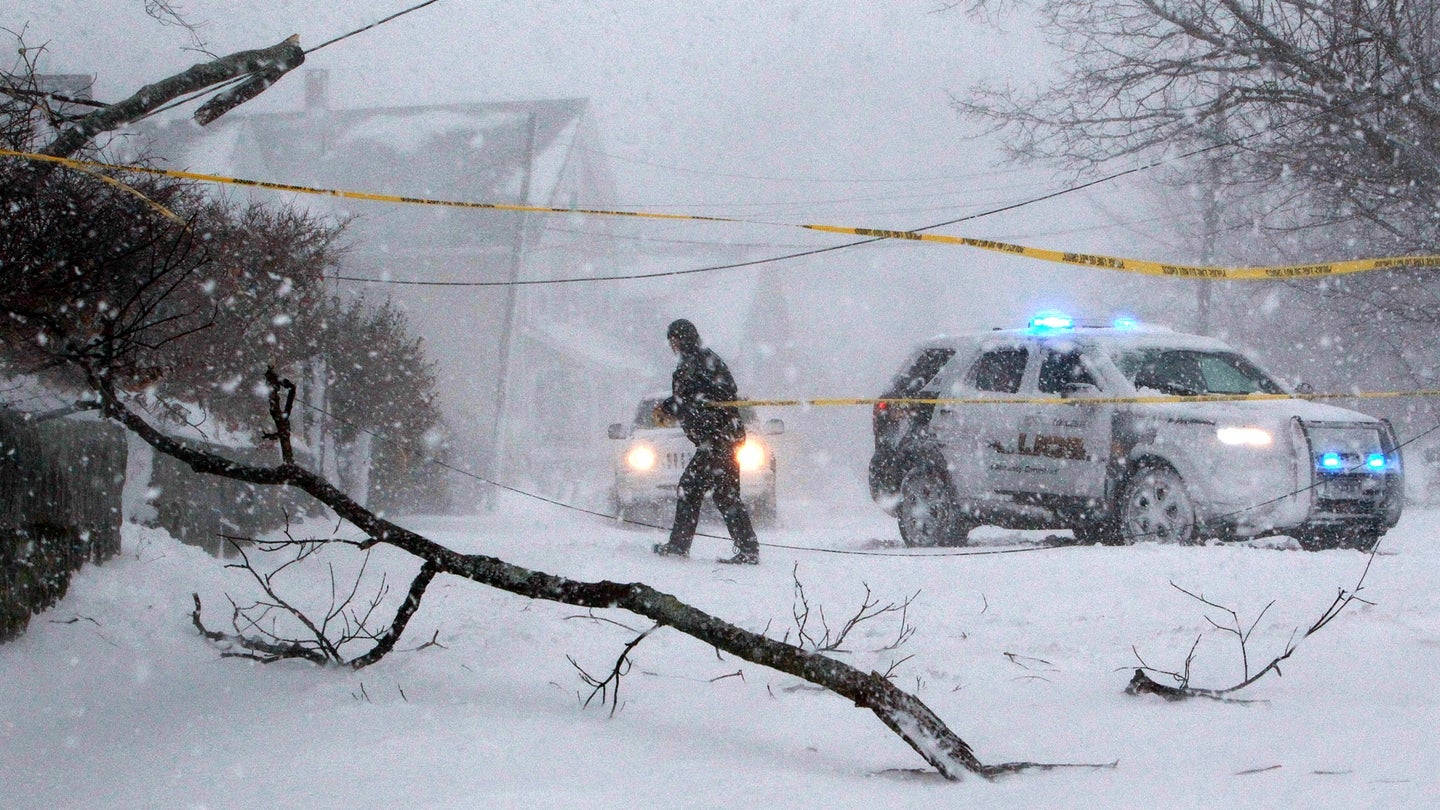 A New Jersey man is dead after driving around a barricade and across live power lines on the ground, reports WCVB5.

The northeast U.S. is still reeling from a powerful nor'easter more than a day after the snow stopped falling. Due to the wet, heavy snow, branches and entire trees are down everywhere, sometimes taking wires of all kinds down with them. Some, like cable TV lines, are low voltage and safe to drive over. Others, such as power lines, are extremely dangerous, and it's impossible for the average driver to tell which is which just from looking at them.

Over 170,000 customers without power as of 7:00 a.m., according to the Massachusetts Emergency Management Agency. Damage is widespread, with many roads partly or completely blocked by downed trees, branches, or wires.

This is just one of many similar scenes I encountered in my travels Friday morning. There were no police or barricades other than the cones warning oncoming drivers of the large branch in the road, so this particular wire was safe to cross. The cones indicated that the situation had been assessed and deemed safe. If there were no such markings, it would've been time for a detour—one of several I took Friday.

The New Jersey man who bypassed the barricade was not so fortunate. When police arrived on the scene the vehicle was already engulfed in flames, with a live wire in the road nearby. The driver was pronounced dead at the scene.

Utility crews are out in force all over the northeast, assessing the situation and making repairs. If the road is closed, respect the closure, even if it's inconvenient. There's generally a good reason why.

This bizarre one-car accident is certainly not something that you see every day.