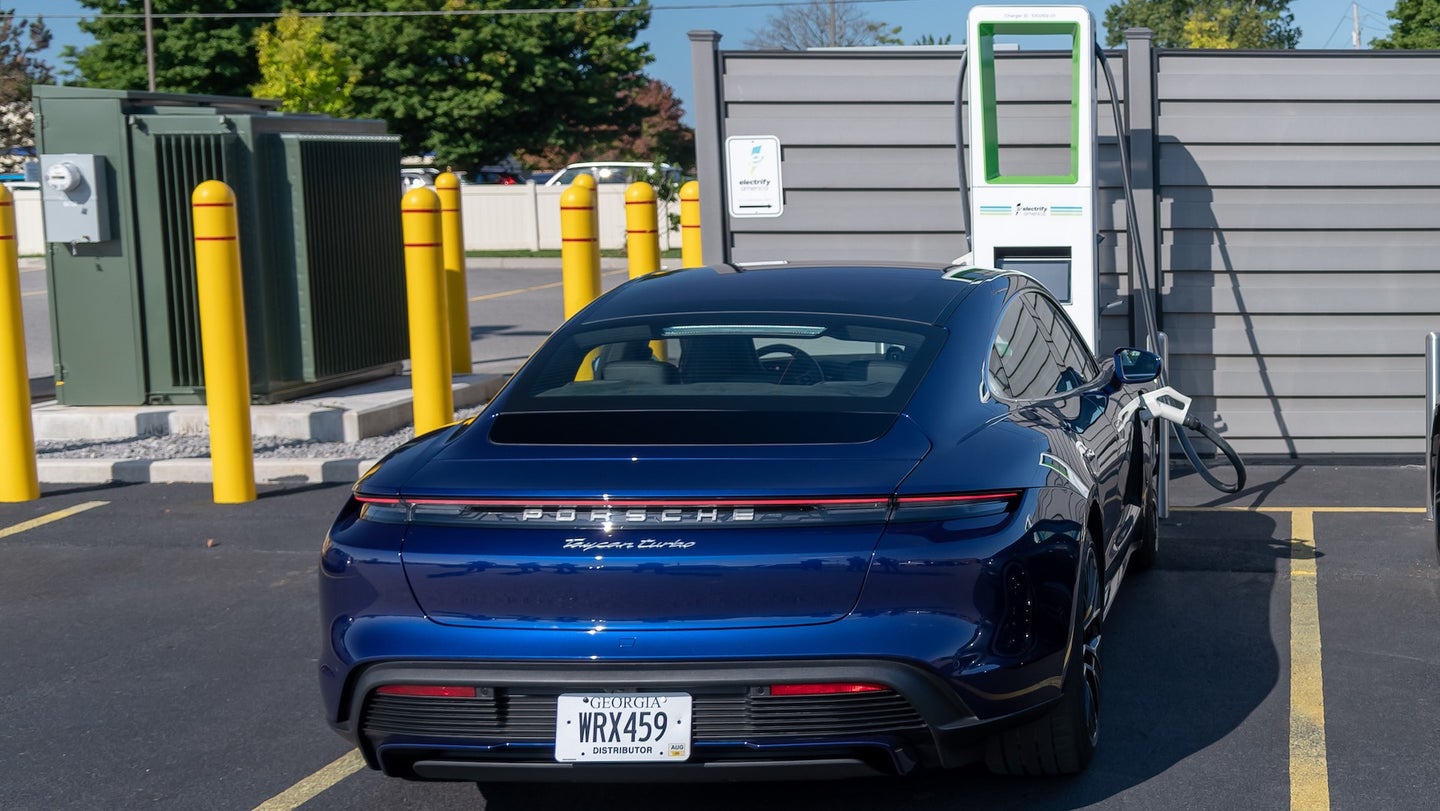 Volkswagen's Electrify America charging network is announcing a fairly significant milestone for its DC fast-charging offering: bringing a 750-horsepower Porsche Taycan up from five to 88 percent charge in just 22.5 minutes. Charging at 270 kWh—the fastest currently available speed for passenger cars—the Porsche EV was able to recuperate practically all of the charge for its 800-volt battery in the same time it takes to watch an episode of The Office.

Okay, so it's still a bit more time-consuming than topping up a Panamera with a tank full of dead dinosaurs but a far cry from EVs of old, and will most definitely get even quicker in the future. It's only uphill from here, is what we're saying.

The Taycan in question was driven from the car's official unveiling in Niagara Falls all the way to Bloomsburg, Pennsylvania, a 250-mile drive. In contrast, Tesla officially touts the Model S being able to charge up to 130 miles in 15 minutes, around 35 percent of its total range of 370 miles.

In other VW Group EV news, the company's affordable ID.3 electric hatchback was unveiled at Frankfurt this week. Volkswagen claims it'll be able to gain 180 miles worth of charge in less than 30 minutes but isn't expected to come to the U.S.