The Porsche Panamera E-Hybrid Is a Huge Hit

60 percent of Panameras sold in Europe between June and October 2017 were electrified. 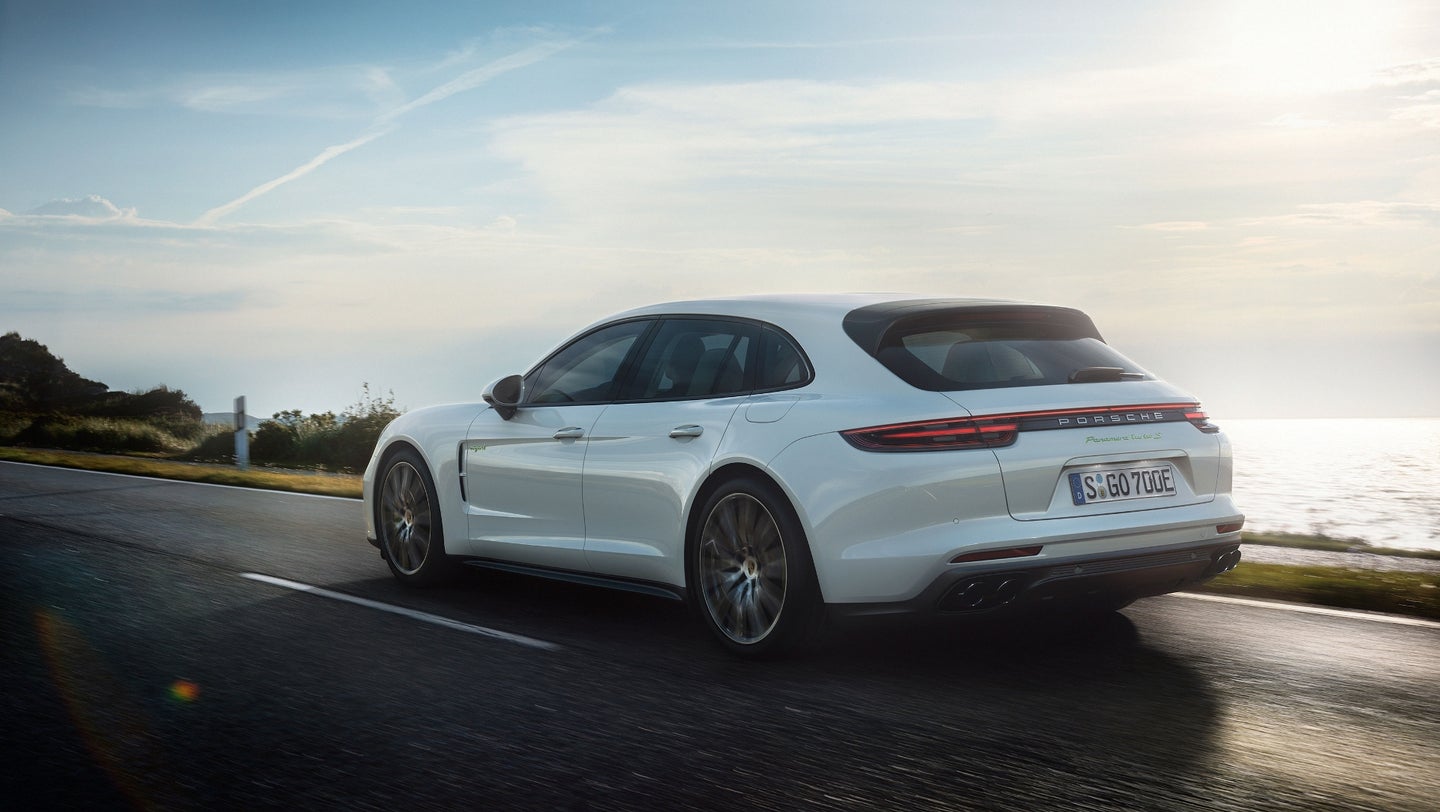 This whole hybrid performance car craze is finally catching on and even breaking into the mainstream. Most of the Porsche Panameras sold in Europe are plug-in hybrid versions which can go for about 50 kilometers (32 miles) on battery power alone. European Panameras have a take rate of 60 percent, much higher than Porsche’s expected rate of 10-15 percent according to Bloomberg.

The Panamera hybrid was out in Europe before the U.S. and China and so far it’s been a huge sales success. Its success is partially thanks to big tax incentives from some European countries that offer a financial benefit to the consumer on top of the environmental benefit. Because of these benefits, a whopping 90 percent of Panameras in Belgium are hybrids with that number being 70 percent in France. By contrast, only 0.25 percent of Panameras sold in Porsche’s home market of Germany are hybrids.

To recap, the Panamera 4 E-Hybrid and its Sport Turismo wagon counterpart are powered by a 2.9-liter twin-turbo V6 engine mated to an electric motor making a total of 462-horsepower and 516 pound-feet of torque. It’s all-wheel drive and hustles from zero to 60 mph in 4.4 seconds. For a little extra heat in your hybrid Porsche, you can get a Panamera Turbo S E-Hybrid which upgrades to a 4.0-liter twin-turbo V8 with an electric motor with a total output of 680-hp and 626 lb-ft of torque. The Turbo S version flies from zero to 60 mph in just 3.2 seconds making it hard to argue against a hybrid powertrain from a performance perspective.

With the early success of the Porsche Panamera E-Hybrid models, Porsche can make a strong business case for electrifying the rest of its lineup. Although it’s still unofficial, we’ve gotten some strong hints straight from the Porsche CEO that a hybrid 911 is coming in the near future and the brand has expressed interest in offering multiple EVs. If Porsche can take that blend of performance, luxury, and efficiency that it has with the Panamera E-Hybrid and apply it to the rest of its cars, then we’re looking forward to an electrified future in sports cars.