The Only Antique Car at NYIAS Was a Porsche 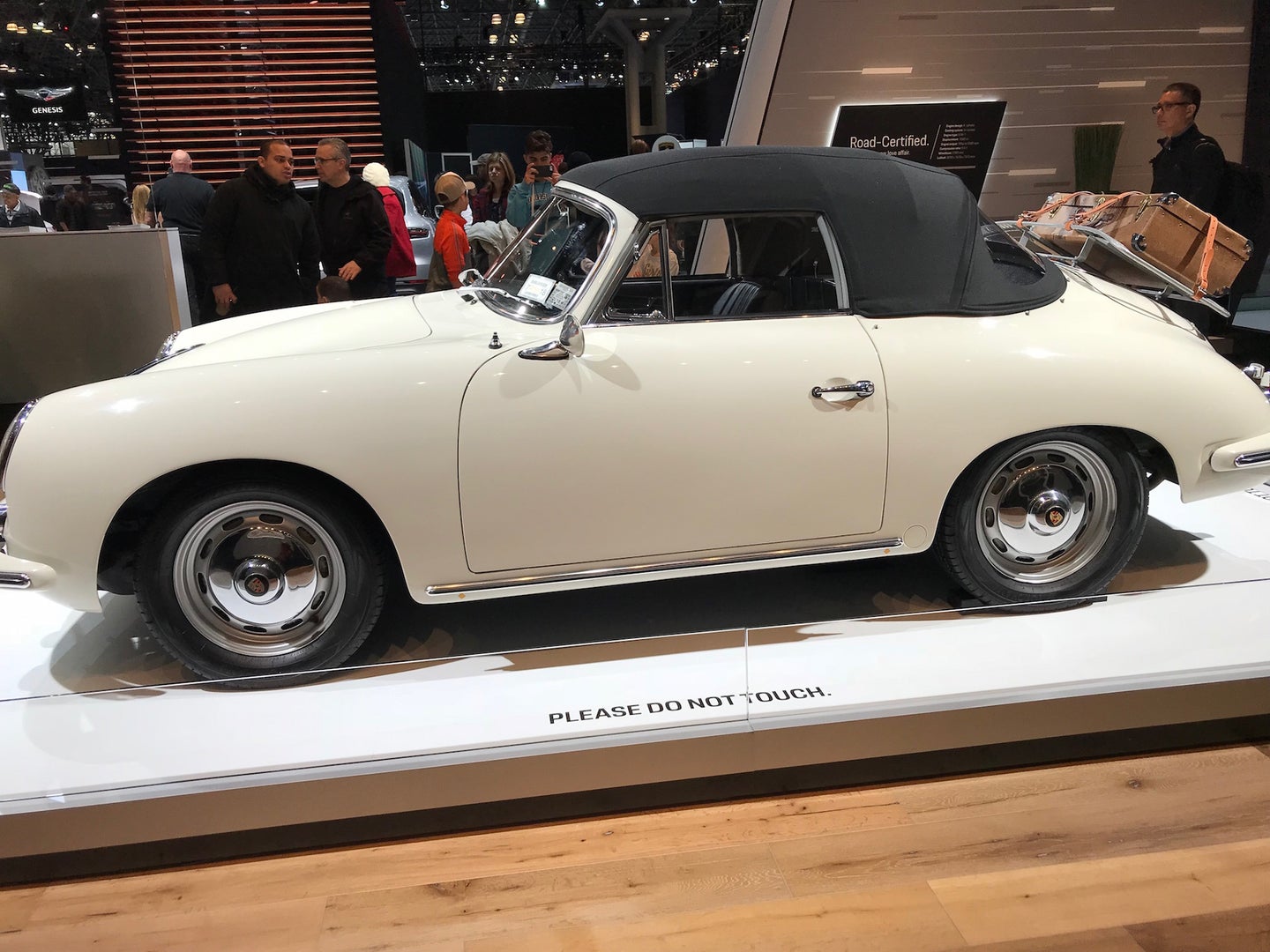 A white 1963 Porsche 356 commemorates Porsche’s 70th anniversary. The vintage car might seem out of place at such a future-forward oriented show, but with its shiny white paint job and pristine condition, the 356 looked like new. The 356 was the first Porsche model ever created, tracing back to 1948 when Ferry Porsche licensed the Porsche moniker in Stuttgart, Germany. It features a four-cylinder engine and 90 horsepower at 5500 rpm.

Hank Kramer, an Oakland, California native who purchased the car in 1962, gifted the model for the exhibition. The luxury car was an integral part of Kramer’s life as he got married, had kids and saw them graduate college. Kramer fully restored his Porsche in 2008.

Ferry Porsche and his sister Louise designed the 356 and sold most of the original models in Austria and Germany. Today, vintage Porsches are often more expensive than current models, costing anywhere from $70,000 to $700,000. While Porsche celebrates its background, it continues to move forward with innovations like the Panamera Hybrid and the 2019 GT3 RS, the electric sports car concept that debuted at NYIAS.

Oliver Blume, a Porsche chairman, says that the company will always remain true to its sports vehicle roots. “Porsche will always be Porsche–the leading brand for exclusive, sporty mobility,” he said.

The luxe-looking 356, displayed in a sectioned-off space at the show, was still a nice contrast for the auto enthusiast who would rather restore a 1960 Beetle than purchase a GT3 RS or a Volkswagen e-Golf. Not to mention, the story behind Kramer's Porsche was an easy read compared to the tech terms and statistic-filled spec sheets at the other displays.