Honda is looking to become fun again with a new battery-powered sports car. 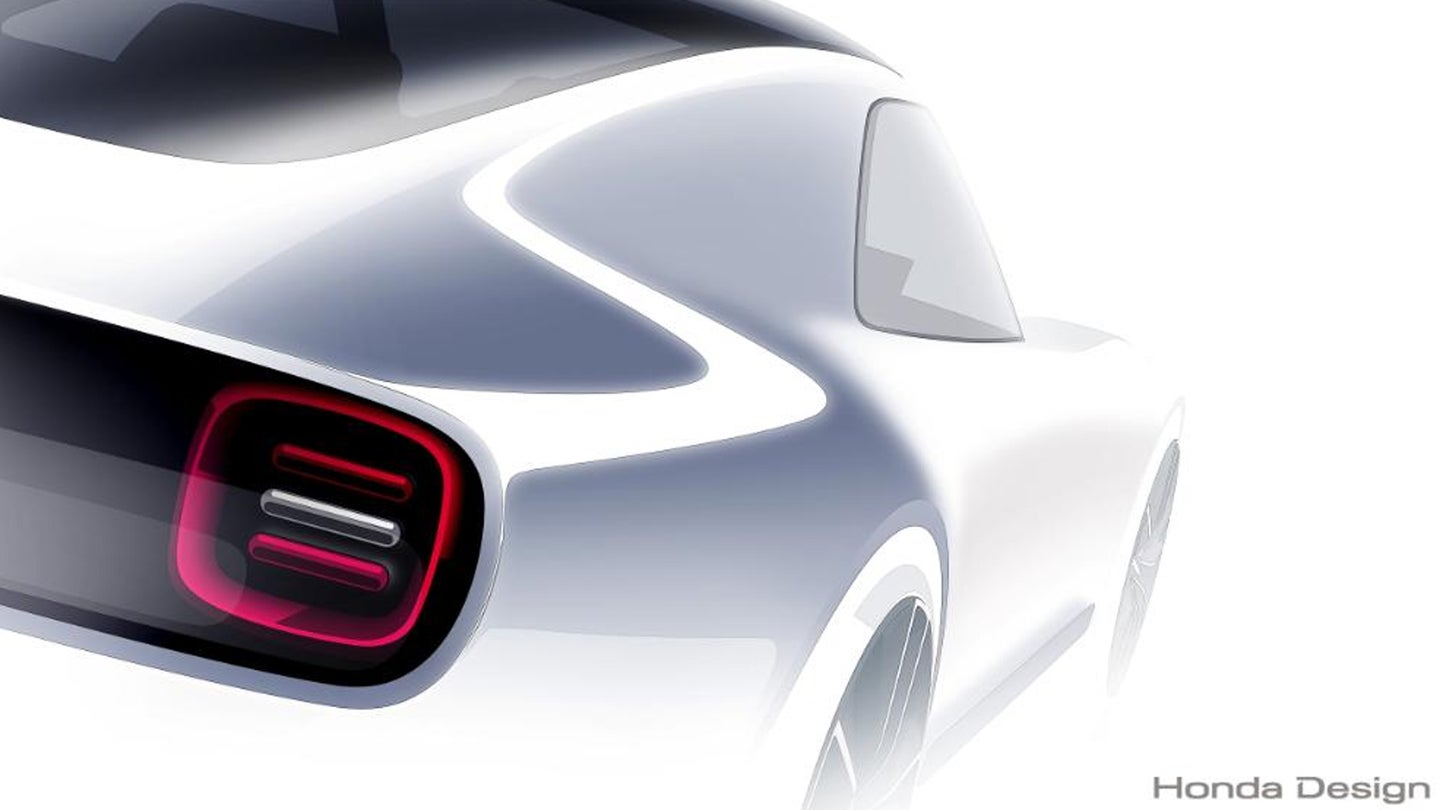 Honda has had its share of sporty coupes. The Civic SI, CRX, Integra< Prelude, and S2000 name just a few of the iconic models that come to mind when pondering about the automaker's contribution to the market. Determined not to be left behind other manufacturers embracing the electric slide, Honda has teased a new concept to be revealed at the Tokyo auto show next month.

Honda's lineup is looking a little beige lately. Sure, the Civic SI existed, but up until the Civic Type R hit the market in the United States, there wasn't really a true sports car offering aimed at enthusiasts like there had been in the past. As it turns out, Honda has been working on something behind the scenes—just don't expect it to run on gasoline.

The automaker says that the car itself shares the very same platform as the Urban EV concept revealed last month. Unlike the more environment-friendly variant, the Sports EV is expected to be aimed at less of a commuter crowd and be more of an enthusiast-type vehicle.

It's not really clear what we can expect out of the Sports EV concept, besides its electric powertrain and some sort of artificial intelligence component. Given Honda's history of sports cars, and the trends of current EVs, it seems likely that the Sports EV concept will be rear-wheel-drive and produce somewhere around 200 horsepower. Additionally, since speculation of range could be a concern ( the Urban EV is only slotted for around 80 miles of range), a range similar to the Tesla Model 3 (around 220 miles) would be hoped for.

Though no additional details have been made public at this time, all we can do is speculate until next month's reveal. We've reached out to Honda for some additional details and will update this article if new information arises.