The Story of the East German Four-Seater Porsche 356 Replica 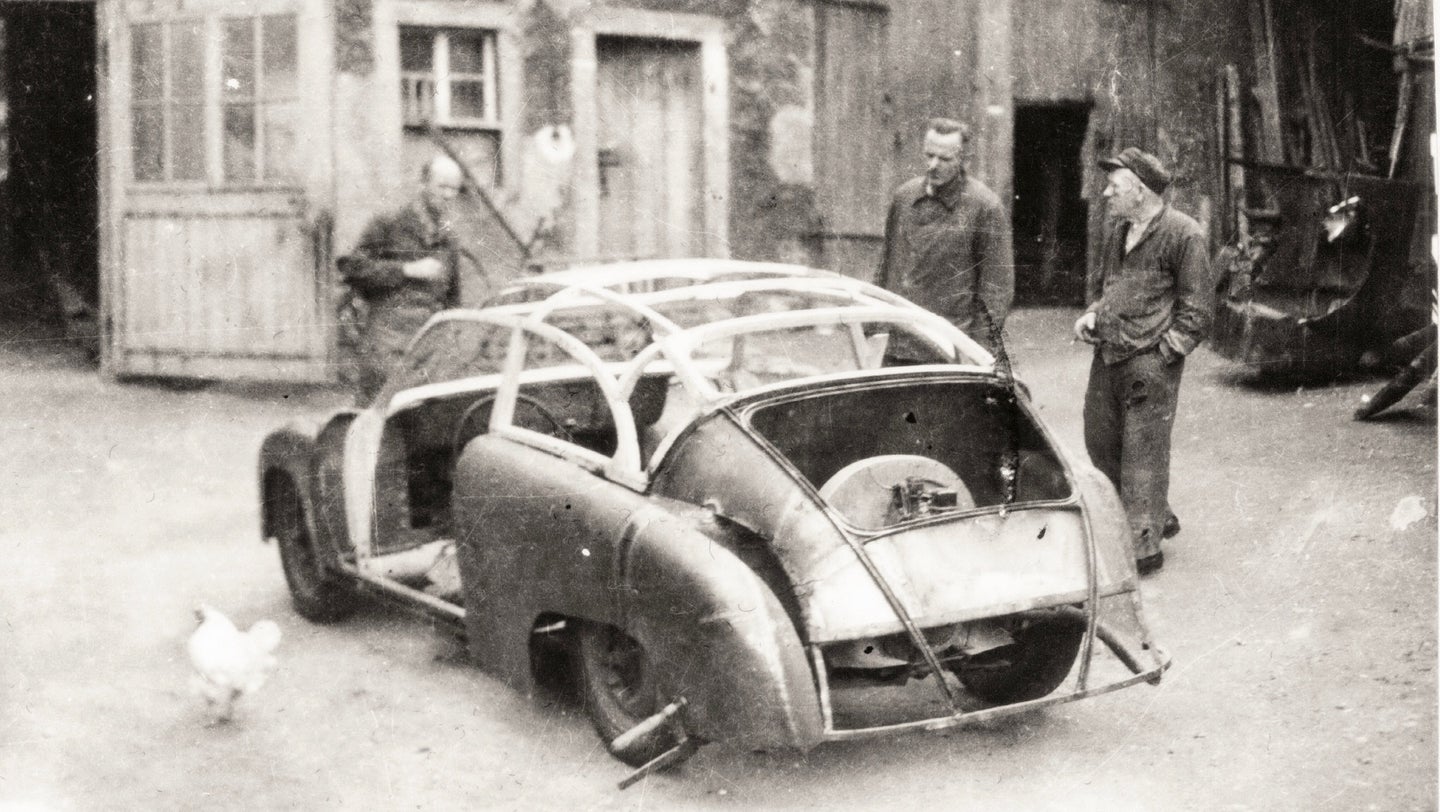 Long before the Porsche Panamera provided the automotive world with four-seater performance there was a little-known project that stretched out Porsche coupes. The story, as told by Porsche, is an interesting tale of automotive affection and politics. You see, after World War II when Germany was divided into East and West, residents of East Germany couldn’t exactly go out and get anything they wanted. The closed economy ruled by the Soviets made it impossible for East German residents to get their hands on cars such as Porsches.

That didn’t stop a couple of automotive engineering students from doing the next best thing, building their own Porsche replicas. In true Johnny Cash style, Faulk and Knut Reimann used spare parts to piece together their own version of Porsche’s original Porsche 356. Modifying bodies from the East German company Lindner, the two created what’s now known as the Lindner Coupe. To the naked eye, it looks just like a 356, only this model is a foot longer and has four seats.

After the brothers pieced together the first of what would be thirteen cars, they took a trip to the Porsche plant in Zuffenhausen. The plan was to upgrade the engine to help put their Lindner Coupe closer to the 356 it replicated. Legend has it that Ferdinand “Ferry” Porsche himself came to greet the twins at the plant. At first, Ferry wasn’t pleased to hear that these two had been making clones. But after talking to the twins for a bit, they won him over. Some say that imitation is the sincerest form of flattery.

Eventually, Ferry ended up sending the twins a bunch of used Porsche parts for them to pick up in West Berlin. He sent them original pistons, cylinders, and carburetors to turn their Linder Coupes into a certified sports car. Using the Porsche parts, the two were able to push their coupes over 80 mph on the highway. Which, in East Germany back in the day, was apparently a feat.

The two twin brothers drove all around Europe, showing off their Lindner Coupe from 1954 until 1961. Unfortunately for the brothers, they were arrested and jailed for two years for attempting to flee East Germany.

Porsche posted a video of a man named Alexander Fritz who came across one of the original thirteen coupes. After finding it, he spent countless hours trying to restore it to its original condition. The bad news is, the video is in German but the story is cool and all in English so you can check it out.