901 Cabriolet Prototype On The Open Market For The First Time

A lot of Porsche enthusiasts don't even know that there was a 1964 901 Cabriolet prototype, but it's true. Not only that, but it's for sale!

This is an exceedingly interesting car in the history of Porsche, considering that Porsche didn't actually end up building a 911 Cabriolet until nearly two decades after this one in 1983. Porsche started building prototypes for the 911 as far back as 1963, and this one for 1964 was a modified near-production car that studied the feasability of an open-top 911. There were thirteen total pre-production 911s built, and all of them coupes save this one. As far as we know in the Porsche world, only two pre-production 911s still exist, Barbarossa (a red 1963 coupe), and this Cabriolet, chassis number 13 360. This unique car was instrumental to the development and implementation of the Targa model 911 and 912 in 1967, and remains a piece of Porsche history. As luck would have it, you can now purchase this vehicle, being that it is offered for sale on the open market for the first time in the car's history. This car was passed from Porsche to Manfred Freisinger in the late 1960s, where it languished for many years. The car then joined the collection of Myron Vernis in Ohio, where the engine was restored, and the focus was on preserving the car as-is. Vernis drove and displayed the car often, including once at Pebble Beach for the 911's 50th anniversary celebration in 2013. Later in 2014, the Cabriolet was transferred to an undisclosed UK buyer, and now it is for sale on the open market for anyone with the money and desire to purchase it. This is not something to take lightly, however, as it is unlikely this car will sell for less than seven figures. Tread lightly and caveat emptor! 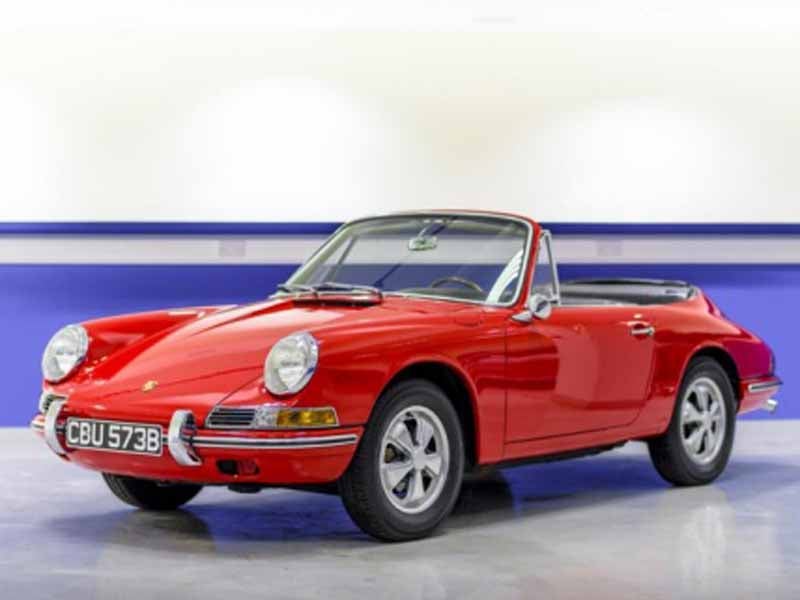 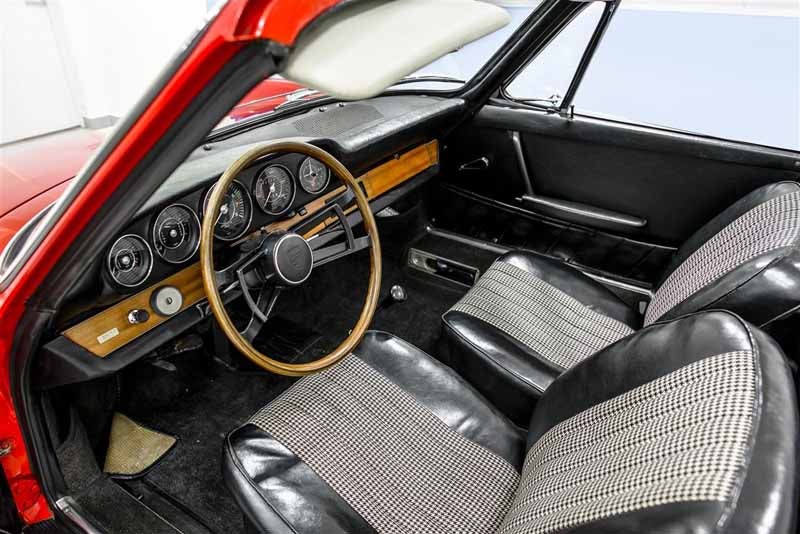 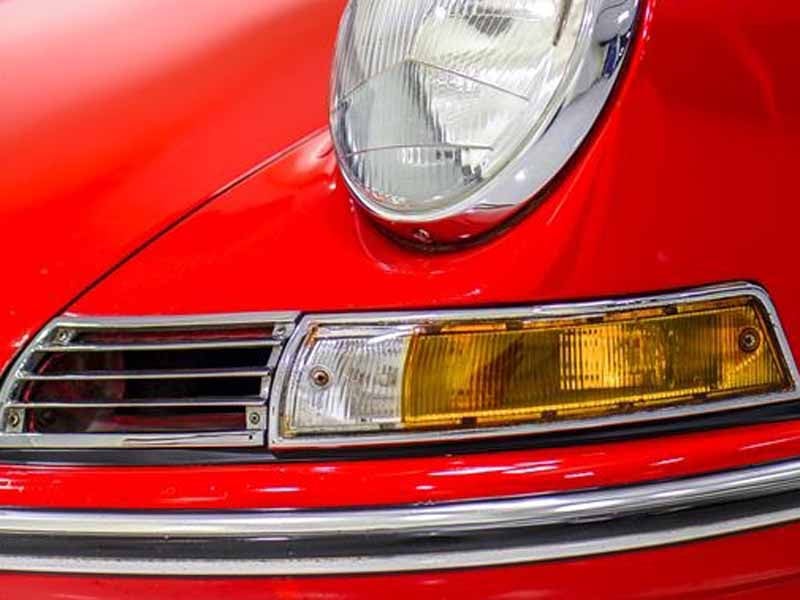 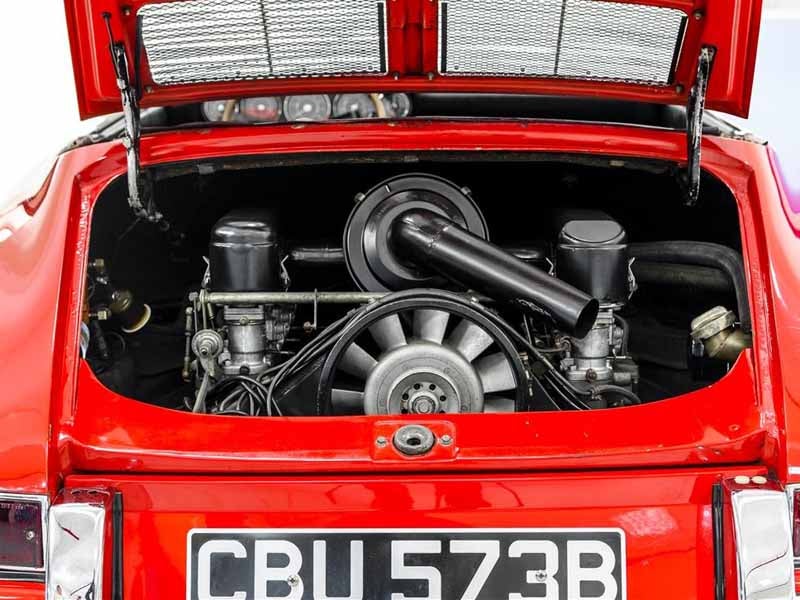 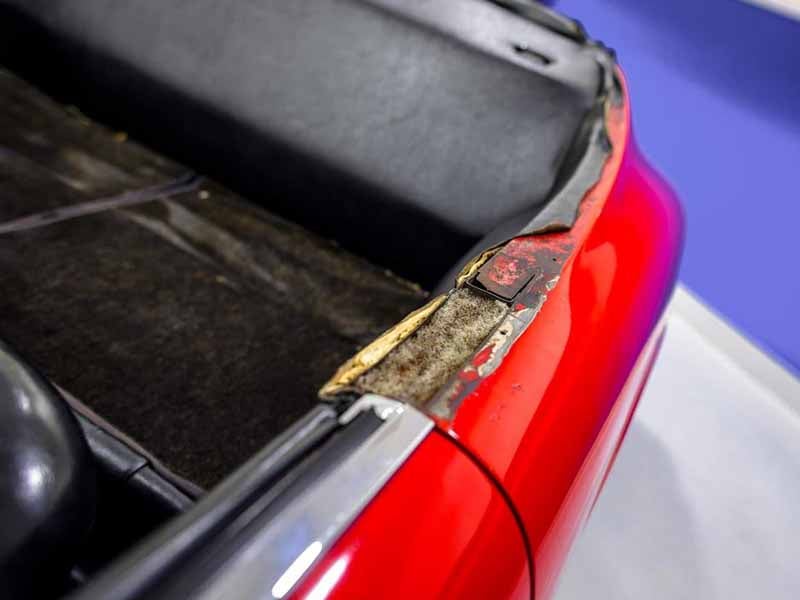 Here is the seller's description of the car and its history from the listing:

The Porsche 911 was originally designated 901 before Peugeot's legal threats in France, made Porsche change the name to 911 at the beginning of November 1964. In the development stages of the 901, Porsche produced thirteen pre-production prototype chassis 901 cars - seven were built in 1963 and six in 1964. All 901 prototypes were signified by the prefix 13 in their chassis number. All of the above prototypes were coupes apart from one- Chassis 13360- the car presented here and the only pre-production prototype made that was a Cabriolet. It is also the actual car from which the subsequent iconic 911 Targa concept originated, developed and evolved from. It is one of only 2 pre-production Porsche 901’s still in existence and the second oldest surviving 901 chassis (and obviously 911).

The first production 901 coupe(starting with chassis number 300 007) rolled off the assembly line September 14th 1964 and only 82 Porsche “901’s” were ever produced before the car formally became known as 911 from November 10th 1964. It is estimated that perhaps only 30 “901”s are still in existence.
Chassis 13 360 importantly is unrestored, and largely in the same state as it left the factory around the mid-sixties . Early 901’s have a number of features unique to them and were entirely hand built. Prototypes were of course made for specific purposes and were usually subject to extreme testing to evaluate various elements and components such as the suspensions, engines, body styles etc. Once Porsche extracted the information they needed, the cars were then usually destroyed. Thankfully 13 360 was spared this fate.

The Porsche 901 was originally designed as a coupe. During it’s inception and testing period before production began, it became clear that the design and execution of the car was much more complicated than had been anticipated and subsequently proved increasingly expensive to develop. Schedules were getting tighter, and the company was looking for ways to reduce their costs. Adding another body style such as a cabriolet to the development process would have severely stretched Porsche’s finances and resources at the time. Nonetheless after the Frankfurt 1963 car show-where the 901 coupe was first introduced- there was mounting pressure from the sales and marketing people- for the company to produce a cabriolet insisting there were many customers, asking about an open version.

Development of the 901 Cabriolet chassis 13360
As a result of this pressure, prototype chassis 13 360, effectively a de-roofed 901 body/chassis, was rolled out of Porsches prototype workshop in early June 1964 to assess its viability. Within a couple of weeks the engineers had made an assortment of mockup top mechanisms for the car, including one that involved a roll bar option/and soft top for inspection by the Porsche heads. According to literature data, a group consisting of Ferry Porsche, F.A. Porsche, Erwin Komeda(head of technical drawings for the 901/911), Hans Beierbach(head of Prototype design)Hans Tomala, Harald Wagner(Head of Porsche sales) and others, all convened around chassis 13360 to review the car.

Following the advice of Komeda , and Beierbach, both of whom argued that it would simply cost too much to stiffen the chassis, change the rear body panels and make other adjustments to accommodate a full convertible, Ferry Porsche decided to approve a roll-bar variation. Even with the decided roll bar option however, it was evident much more work was still required in order to strengthen the chassis satisfactorily. As a result, a few days later chassis 13360 was shipped to Karmann’s workshops to have this done (Karmann engineered all the previous chassis reinforcements for the 356 cabriolets).
The car was subsequently delivered back to the Porsche research department, 2 months later on the 10th of September 1964, and still without a working roof mechanism . The car entered the system with a Cardex that showed the date, its number and its specification as a Type 011/KW, Cabriolet. The roof mechanism and roll bar it was decided, was going to be designed and produced in-house. In the meantime 4 days later, formal production of the 901 coupe begun on September 14th.

Due to the expected start-up and teething problems with the production line of the 901 coupe, and the subsequent attention this required, according to Porsche information it was not until January 1965 that Helmuth Bott(at the time Head of road testing-and who subsequently of course became Professor and head of research and development) was able to take a long evaluation test drive in 13360 to assess its stiffness. In testing the car, according to archive data, Bott found that following Karmann’s work, the car was very similar in stiffness to the 356 Cabriolets. However he did note problems with excess noise and flapping of the soft rear window and top that had been made that required attention.

A couple of weeks later on February 1st 1965, chassis 13 360 appeared on the agenda of a Porsche memo to all of its board members and engineers . It was decided in this memo that the car would have a stainless steel covered roll bar with a Porsche logo, a removable roof panel and a rear soft zipper removable rear window . Shortly after this time the name “Targa” was coined at a sales conference brainstorming session to commemorate Porsche’s wins at the Targa Florio. The Targa design was subsequently registered and patented (No. 1455743) in August 1965 citing designers Gerhard Schroder and Werner Trenkler as its inventors.

Targa revealed to the World
A few days later in September 1965, the Targa was finally revealed to the world at the Frankfurt car show where 2 Targa prototypes went on display-both of which had mock roll bars as a final working car had still not been developed. One of those cars was likely 13 360, whilst the other was a prototype produced in early 1965, and which according to Porsche information was subsequently destroyed in a crash test being dropped from crane from about 2 meters!
Two years later the first production Targas left the factory, going on to become a huge success and a very important model for Porsche, ultimately accounting for about 40 % of 911 sales.

Chassis 13 360 afterlife
Chassis 13 360 was acquired from Porsche by German Manfred Freisinger in the mid to late sixties. It appears that 13 360 was likely saved from Porsche’s crusher by Freisinger as the car was acquired without an engine, gearbox ,wheels, tires and front seats. Notwithstanding however, the rest of the car was, and still is, largely in its original and unrestored state, making chassis 13 360 the oldest unrestored Porsche 901/911 in the world! The car features a number of unique features found only on early 901’s as well as of course features that are unique to its status as a prototype cabriolet/targa including plexiglass front vent and side windows!

Being largely unrestored, it also exhibits a number of scrapes, chips and dings on the body, in line with its fascinating history as a test bed. The paint is about 80% original (according to paint depth measurements) yet still possesses a remarkable brightness to the colour despite its 50 years. The speedometer reads about 35k on it. Most trim is very early sandcast so most likely original. Gauges are date stamped to the period. There are also various holes abound in the trim, body, and in other places suggesting attempts at different configurations for roof tops, roll bars, switches, wires, heaters, etc, indicative of the ongoing development role of the car.

Once the car was acquired by Freisinger, he fitted a period drivetrain, front seats, and very early Fuchs wheels and tires. The reason Fuchs wheels were fitted to the car was because the car came with an interesting finding. Although the car was salvaged with no wheels and tires, in the front compartment however there was still a spare tire/wheel in place which it became clear was a very early Fuch and which was unnumbered and therefore likely experimental . Fascinatingly on the side wall of the original early Dunlop tire are the words “Fallversuch” or “test case” scribbled on the sidewall! It is likely therefore that the car was also used as a test bed for the testing of the early Fuch wheels. As a result, Freisinger decided to fit all round Fuchs to the car in keeping with the spare wheel. It is impossible to know which specific engine or drivetrain the car had prior to having its engine removed, as it was quite common practice for the factory to interchange engines/gearboxes etc on Prototypes, according to their test needs and therefore no “matching numbers” concept can ever be applied to prototype vehicles which were never usually sold to the public, unlike regular production vehicles.

Following his acquisition of the car, Freisinger parked the 901 in one of his warehouses where it languished until 2001, amongst his many other Porsches, after which it was acquired by Myron Vernis from Akron Ohio, US, a well-known collector of unusual and rare cars, through a trade/swap deal with a 356 B Carrera. Once Vernis got 13 360 over to the US he re-commissioned the existing motor and car focusing his efforts on preservation, and did not alter the paint or body, wanting to keep the all important body as original as possible. The car was subsequently acquired by the current owner in 2014 and still remains as it was. The car has featured at Pebble beach on the Porsche stand in 2013 for the 50 years of Porsche and is also well known to the Porsche museum in Germany.

In summary, this is a historically very important car for Porsche and sits right at the heart of the birth of the legendary Porsche 911. Chassis 13 360 represents an important milestone and piece of history for Porsche and represents the “birth”, or “origin of the species” of a very important model for the company- the Targa-a model Porsche continues to honour to this day with the new 991 Targa. The car has featured in numerous articles, websites and book chapters.

The car has never before been offered to the open market and therefore represents an extremely unique opportunity for the historic Porsche collector. For serious enquiries and more information and photos, please email akaridis@aol.com