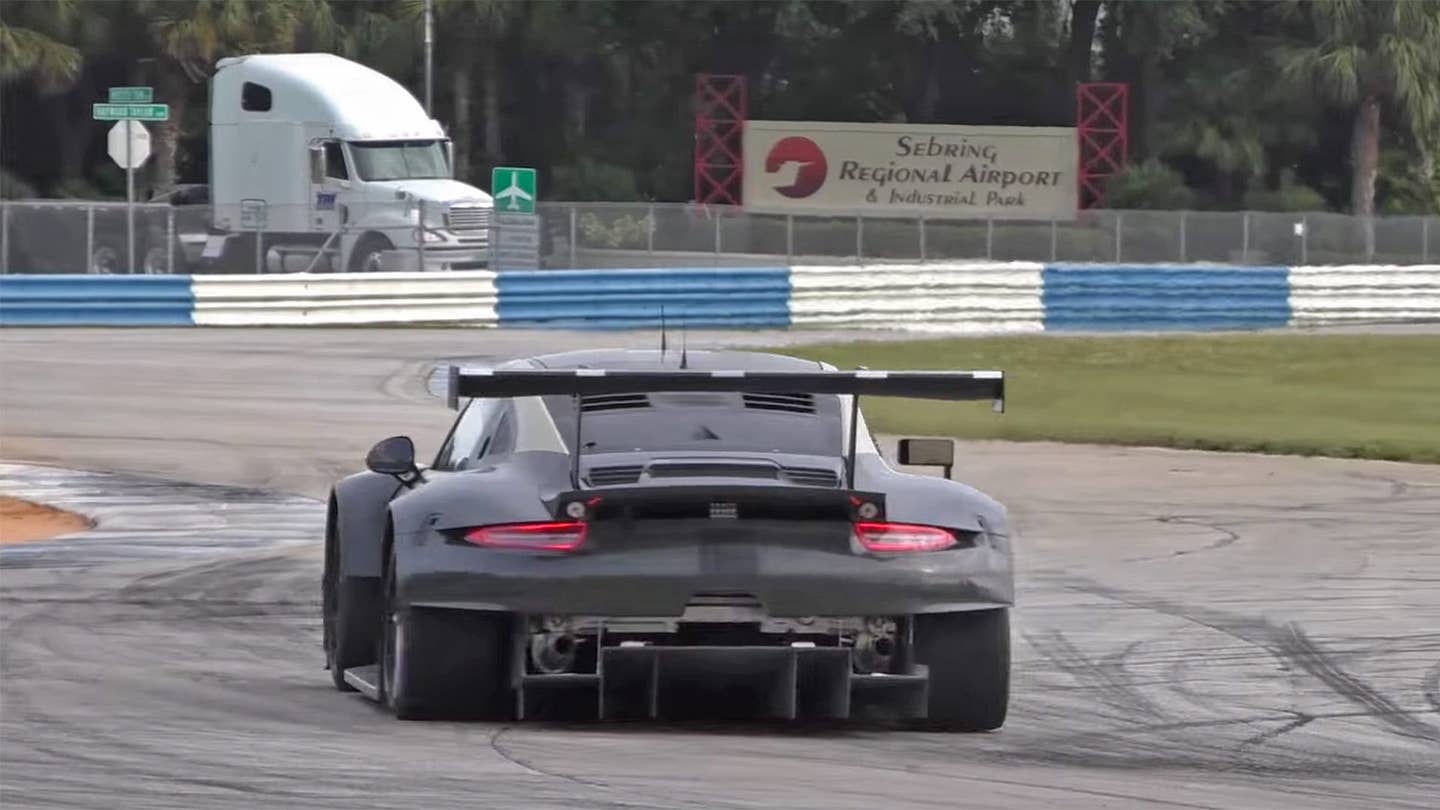 More and more signs are popping up that Porsche will be replacing its rear-engined 911 RSR race car with a racer packing an engine closer to the cabin. A video uploaded to YouTube Tuesday shows that potential mid-engined 911 race car replacement testing at the 3.7-mile Sebring International Raceway in Florida.

From the video, we can see that this racer mule has extra venting in and around where the rear window is on the 911 RSR, which is likely useful for pulling cool air in and pushing hot gas out. As Road & Track notes, the test mule's exhaust pipes are mounted on the sides of the car, closely placed to the rear wheels; the previous 911 RSR has center-mounted exhaust outlets.

The new car sports a larger diffuser, which appears to take the place of where the previous motor and its exhaust lived. As we've seen on the 911R, this bigger rear diffuser likely means engineers can change up the the spoiler setup on the engine cover-mounted aero piece.

No details about the race car have been confirmed by Porsche yet, but what we see in this video is pretty clear. It's a 911 race car, or at least something that looks like a 911 race car, with an engine a bit further up in the chassis than a proper rear-engined Porsche.

Whether it will be called a 911 remains to be seen. That said, we can't help but wonder: Could you still call a 911 a 911 if it were were mid-engined instead of rear-engined?