It Sure Was A Good Looking Racecar But They've Still Got A Lot Of Work To Do. 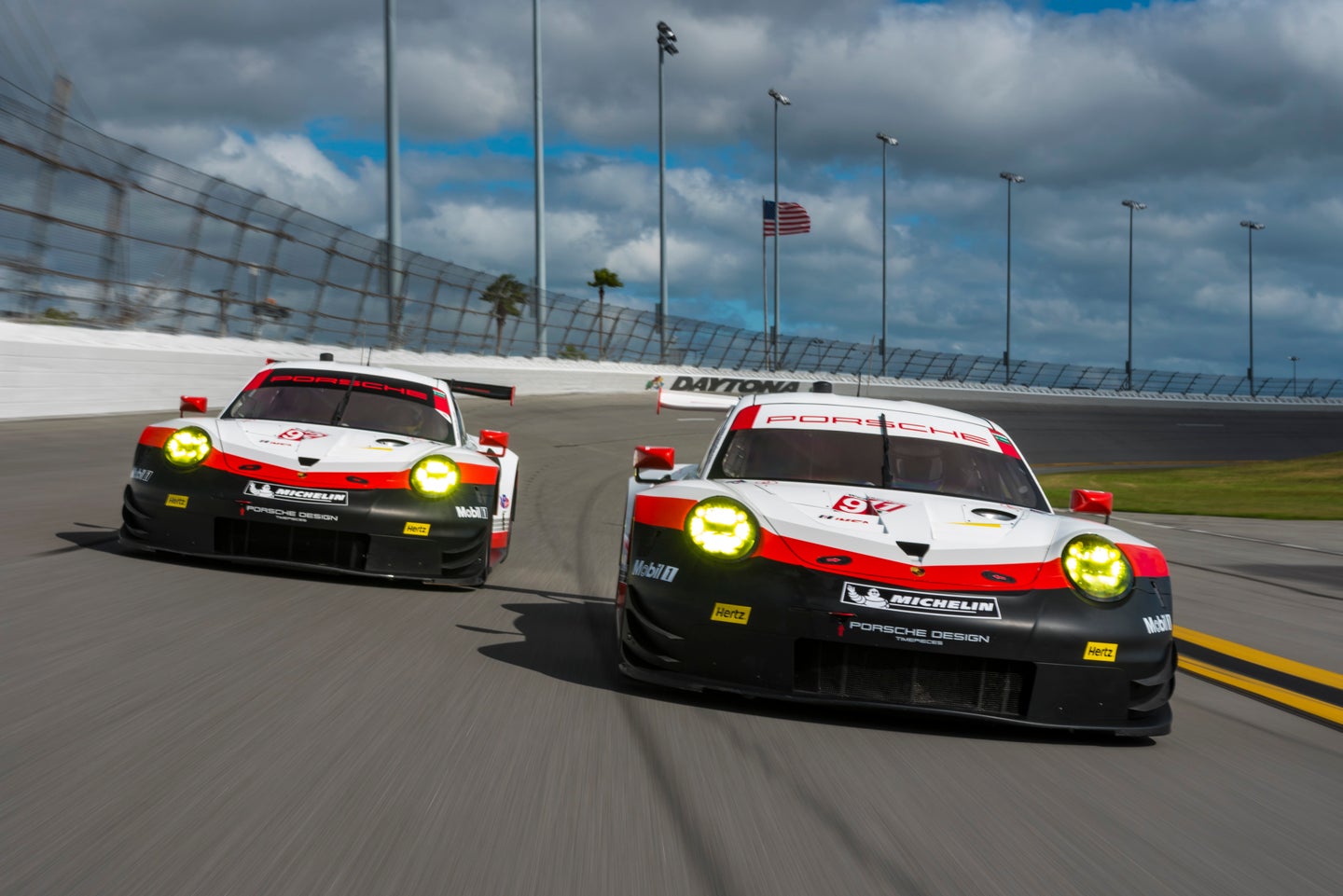 Last weekend, IMSA held their pre-season test called "The Roar Before The 24". The purpose of this test is to gather baseline data for the upcoming season to help develop a proper balance of performance. It is particularly important to go through this process with regard to brand new cars, but pre-existing chassis will also have made progress in the off-season that IMSA would like to know about, tracking all manner of data. Porsche's new RSR is the only brand new car in the GTLM field, so it's fair to say there was a little extra scrutiny surrounding their car.

In addition to their new car, Porsche also introduced two new GTLM class factory drivers in the form of Laurens Vanthoor and Dirk Werner. The drivers worked well with the team, and all of them had very nice things to say about the new mid-engine placement of their office for the season. While we don't know what Porsche's goals were for the test, likely shaking down the car, familiarizing the drivers with the car and the circuit, and putting in laps rather than setting outright pace, they were ranked last and second-to-last at the end of the test weekend. Granted, The #911 car turned a best time of 1:44.874 on Sunday, which is just half a second off the pace of the leading Ford GT, and just a few tenths slower than their fastest lap in last year's race. While there is still a long row to hoe before the Daytona race proper at the end of the month, if there is any team that can make up that gap, it'd be Porsche.

Daytona has not been good to Porsche in recent years, with engine failures, teammates crashing into each other, and multiple failures. One of the good measures of the new mid-engine car is that it will allow the drivers to be a little more relaxed in their pursuit of ultimate speed, and hopefully reduce the stress on the engines over the course of 24 constant hours. More advanced aero means more corner speed, hopefully fewer gearchanges, hopefully fewer opportunities for something to go wrong. Porsche stormed to the pole position for last year's Daytona race in damp conditions, so if they can find just a few more tenths of a second in the race, it's likely they'll be in with a chance. Of course there are so many variables in a 24 hour race that it's difficult to predict anything, but Porsche has more wins at Daytona than any other manufacturer, so they know how to get the job done.

During the course of the three days, Patrick Pilet, Dirk Werner, and Fred Makowiecki covered 1431km in their #911 car, while teammates Kevin Estre, Laurens Vanthoor, and Richard Lietz managed a distance of 1505km.

“The test kilometres that we covered over the last three days in preparation for the race were very important. We managed to tick off all the points we’d scheduled for ourselves and now we have a much better understanding of the car on this racetrack. In addition, we experienced changeable and very diverse track conditions. It was dry and wet, warm and cold – precisely what you need in race preparations to be primed for all eventualities. We feel very well prepared for the race and the premiere of our new 911 RSR. In this respect, these three days in Florida were very successful.” 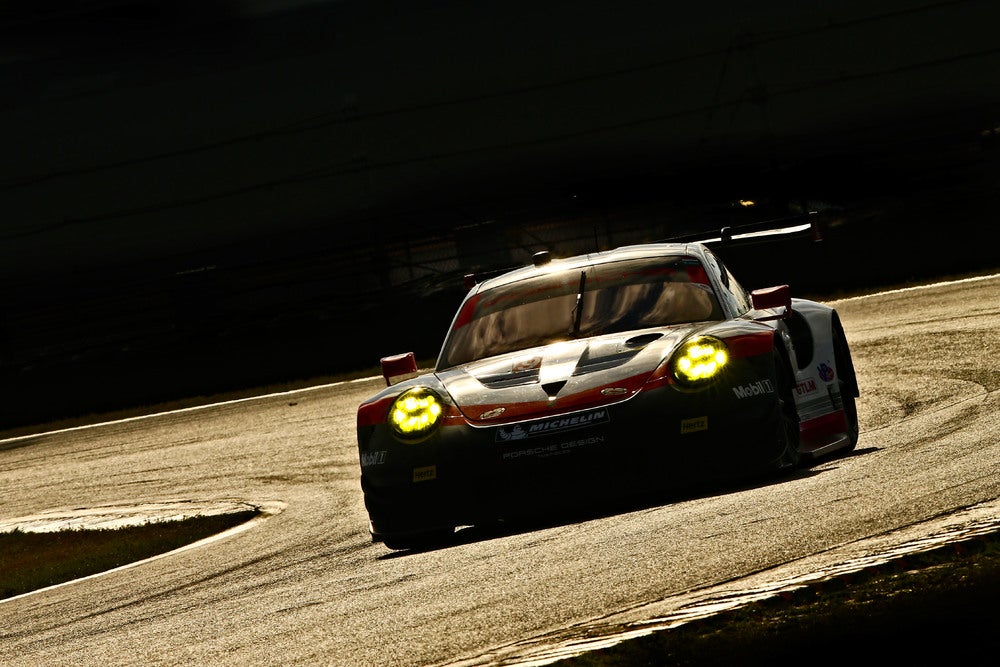 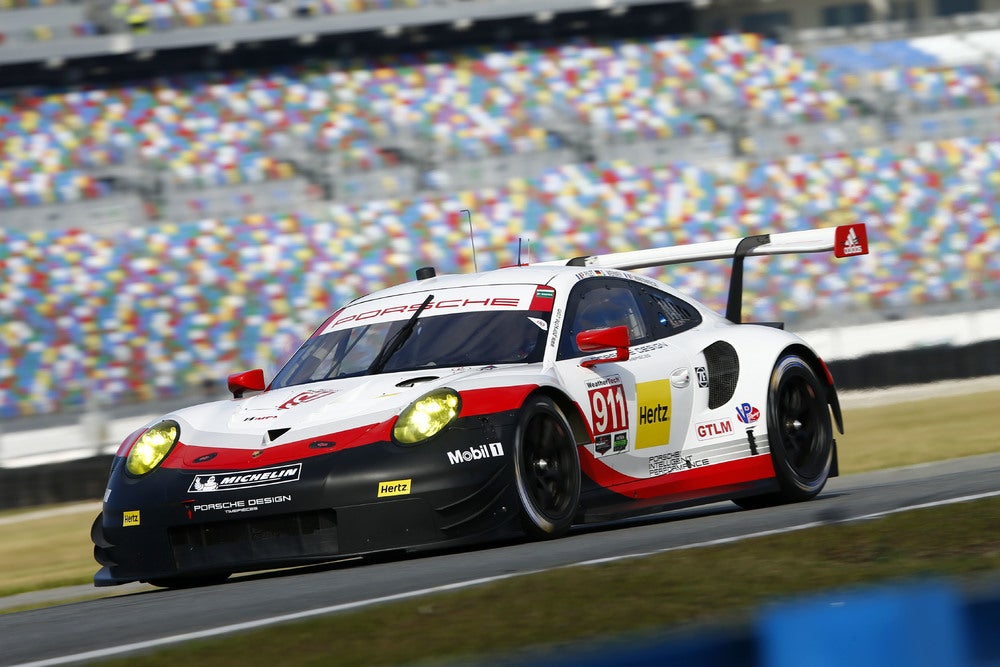 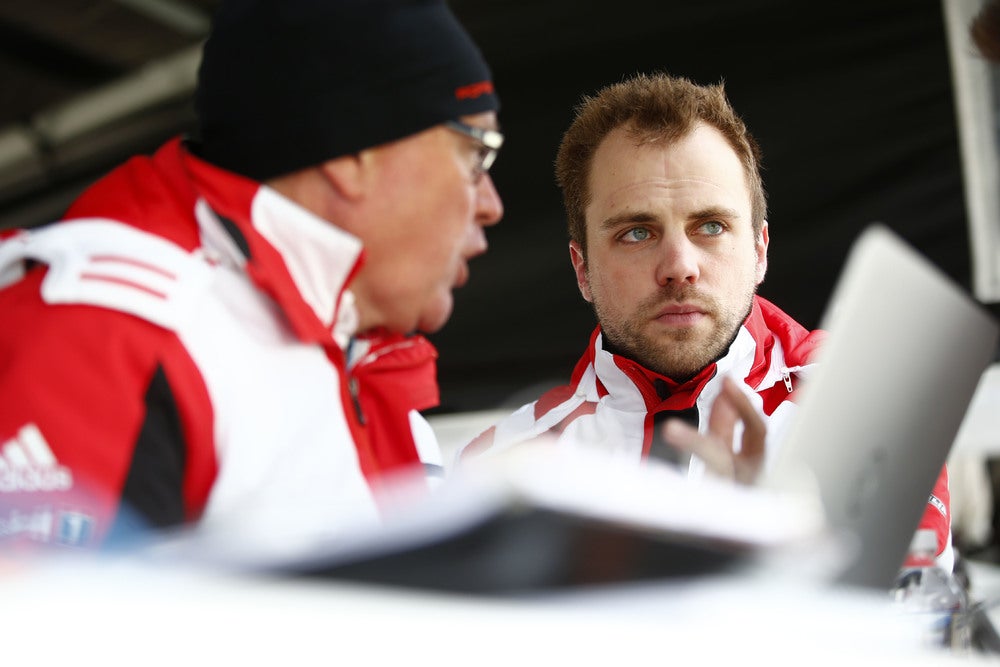 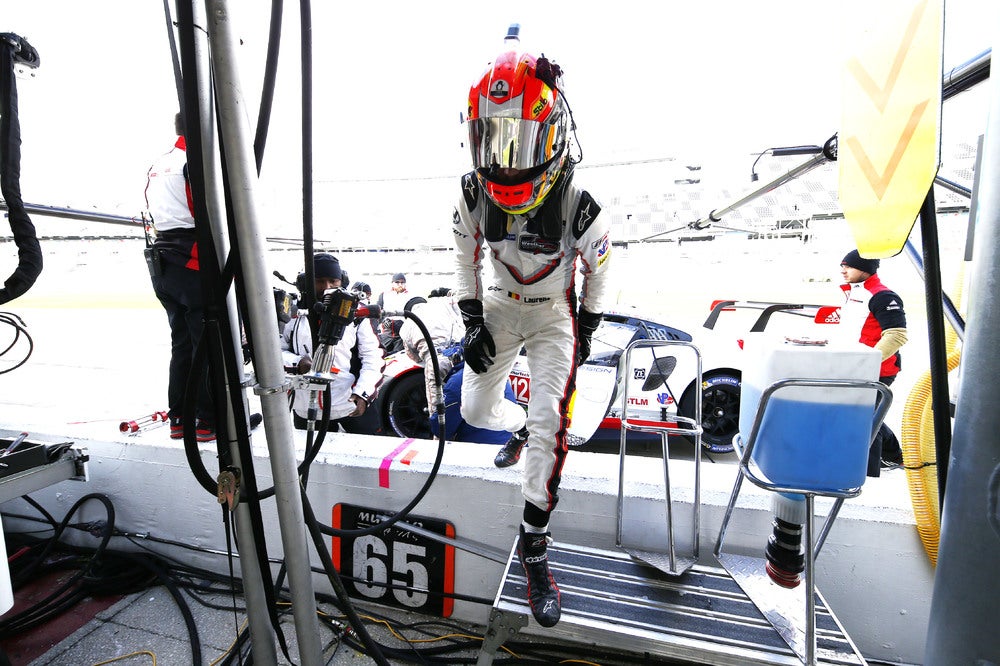 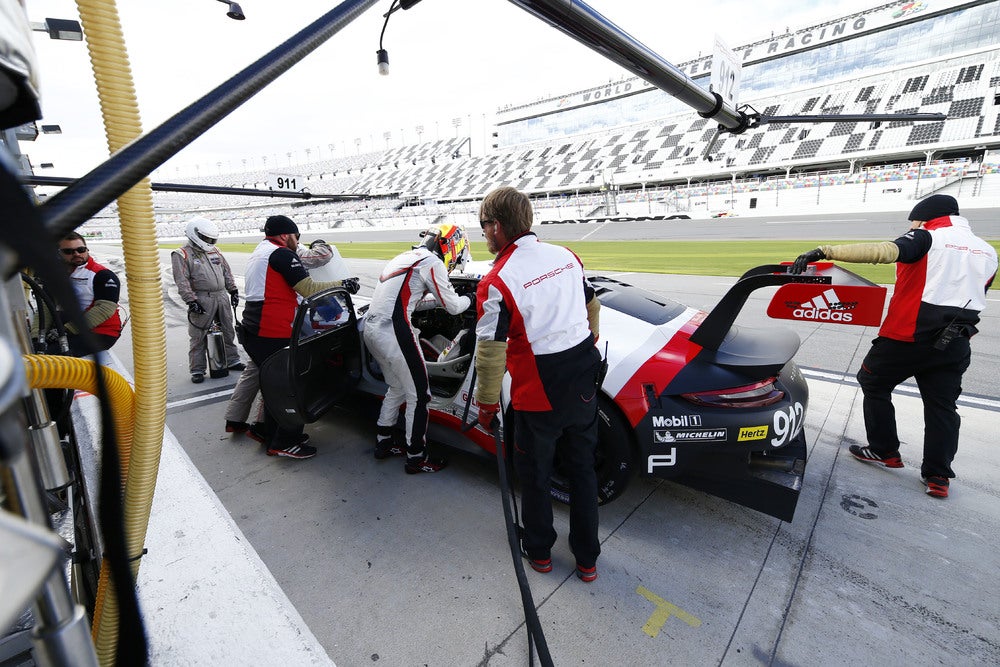 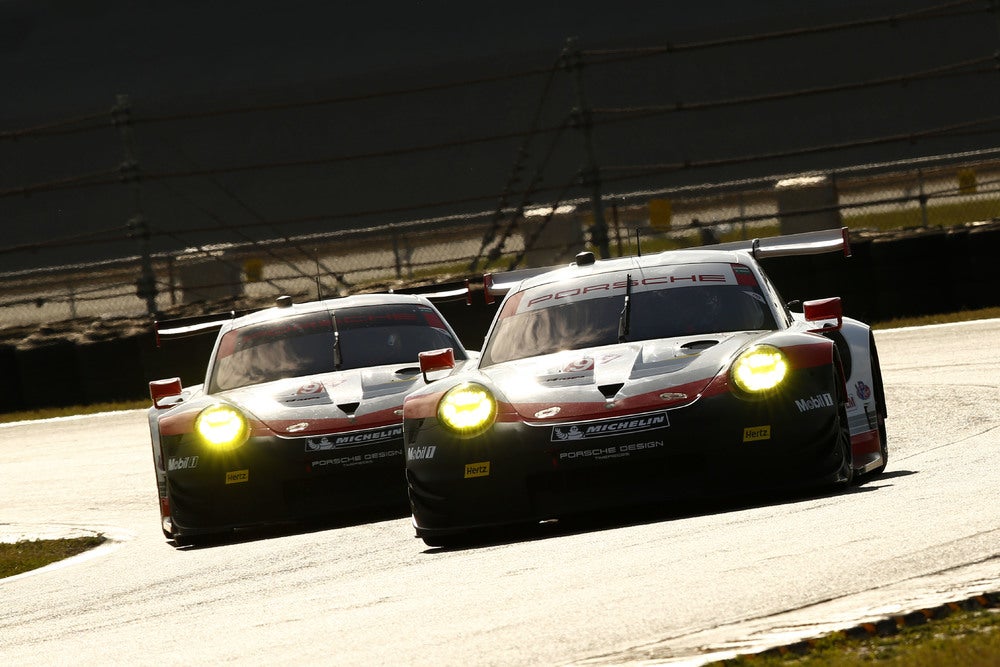 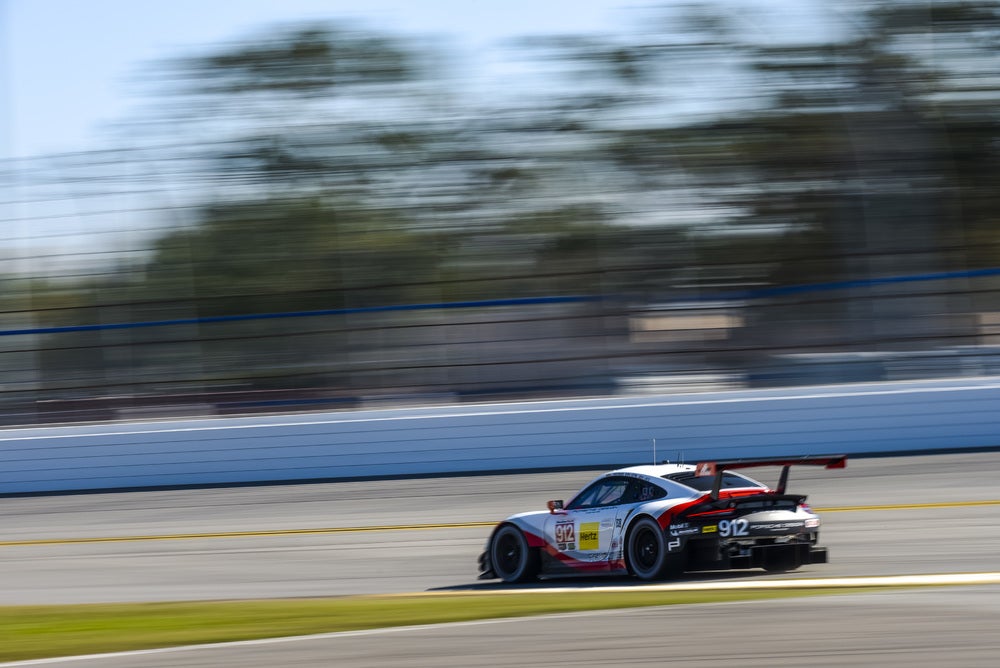