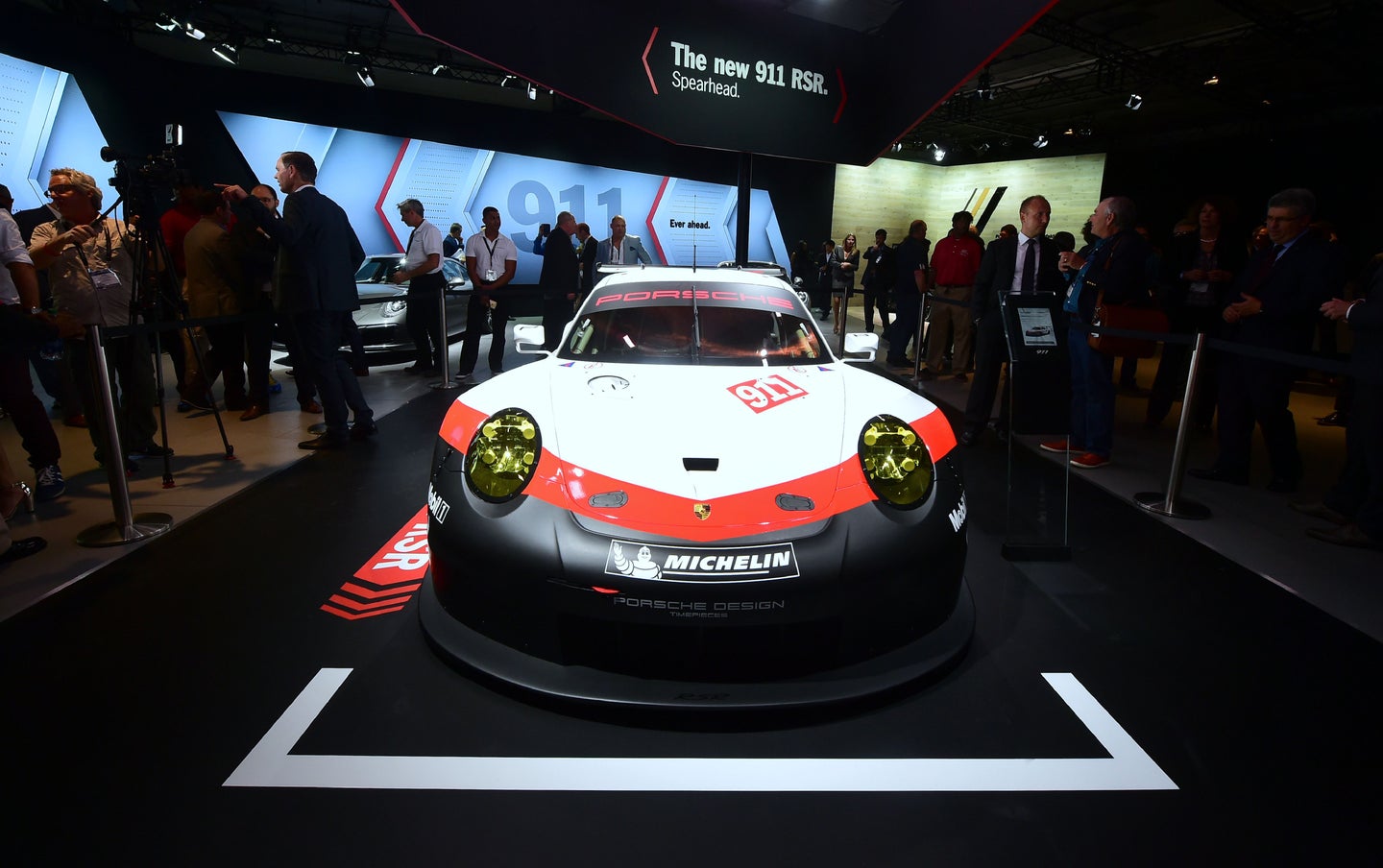 European car specialist Blitzkrieg Autowerks of Vancouver, Canada, just posted a photo on Instagram that reveals what we've been waiting to see since the 911 RSR was launched in November: its empty engine bay.

Taken at the Rolex 24 Daytona just this afternoon, you can see Porsche's newly minted racer on jacks, likely undergoing an inspection before competing in qualifying sessions. The bumper has been removed, showing what lurks beyond.

As you can see, the engine bay is empty, save for a couple hoses and brackets. The engine, of course, is in the middle, residing behind the vestigial white panel in the back of the old engine bay.

The move to a mid-engined format represents a tectonic shift in Porsche's history of stubbornly dropping their engines in the back of 911s and now placing them in the middle for their racers. It's a move that's rightfully pissed off a lot of Porsche devotees, but hopefully it has success this weekend, since Porsche's controversial advancements have more often than not paid off in the long run.