The mid-engine 911 RSR's four-liter flat-six engine went up in flames just three hours and twenty minutes into the 6-hour race. 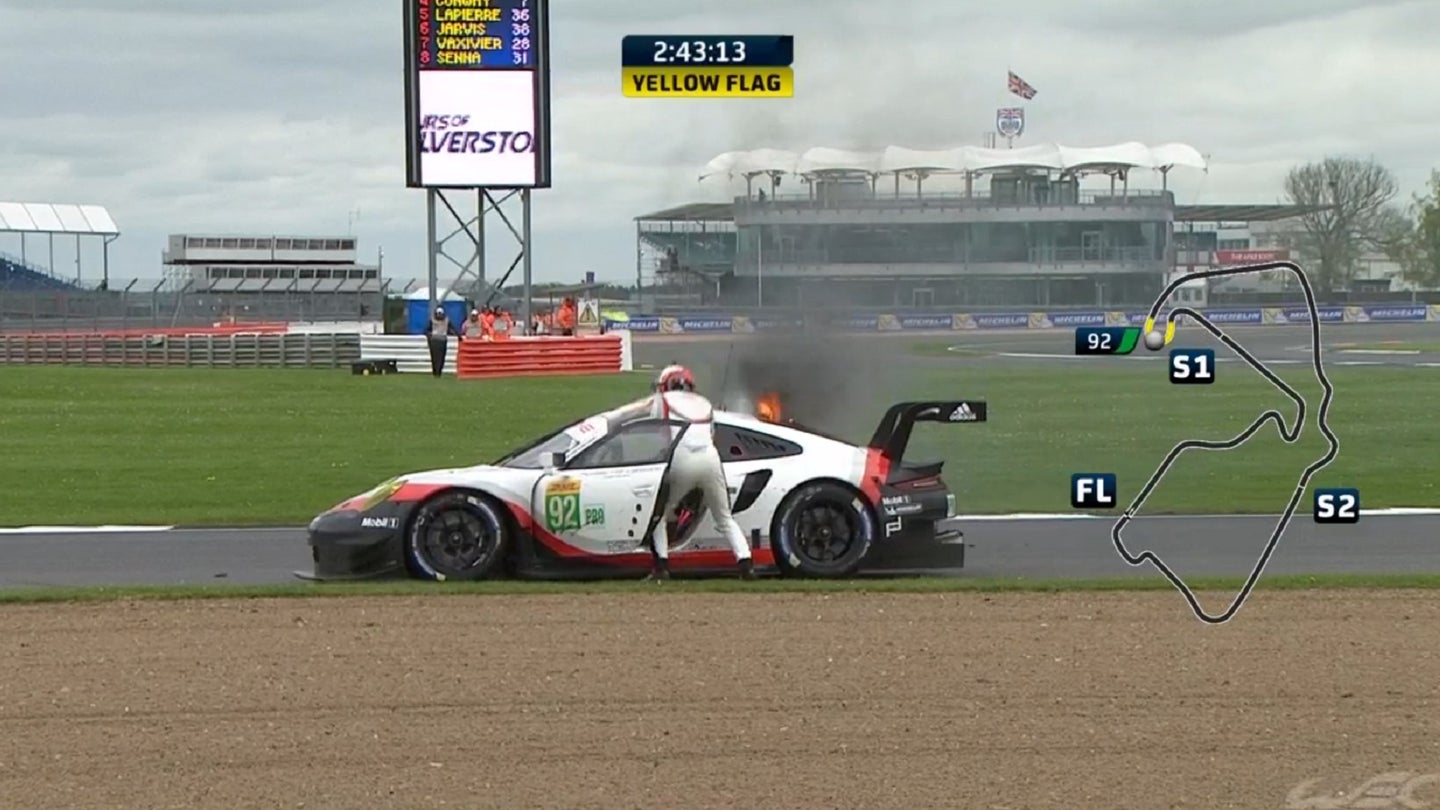 Just past the half-way mark of the 6-hour race at Silverstone, Porsche's #92 GTE Pro class car with Kevin Estre at the wheel pulled to the side of the track with its engine compartment on fire. We likely won't ever know the cause of the fire, as Porsche tends to play their cards close to the chest, but obviously something in the engine compartment went a bit pear shaped. It could have been something as simple as an oil or fuel fitting coming loose and dumping flammable fluids on the hot exhaust. It could also have been a full-on engine destroying blow up.

The new mid-engine 911 RSR features a brand new production-based four-liter engine for this year, whereas the 2016-spec car used an old Mezger-based motivation unit. With a new engine comes new teething problems. This engine, though, is the same unit as used in the Porsche 911 RSRs run state-side in the IMSA Weathertech series GTLM class. If it weren't for the fact that Porsche already has proved strong enough to last the 24 Hours of Daytona, the 12 Hours of Sebring, and 100 minutes of manic action at the Long Beach Grand Prix, we might have some concern.

Back in 2015, Porsche's GTE runners suffered at least four engine fires over the course of the Le Mans weekend, presumably due to some faulty supplier component. We can only hope that no similar fate awaits the rest of Porsche's 911 RSRs at some point. Keep your fingers crossed, as the second #91 Porsche 911 RSR currently sits in fourth in class, and the weather is constantly changing.