Is This a Video of Porsche’s Mid-Engined 911 Race Car? 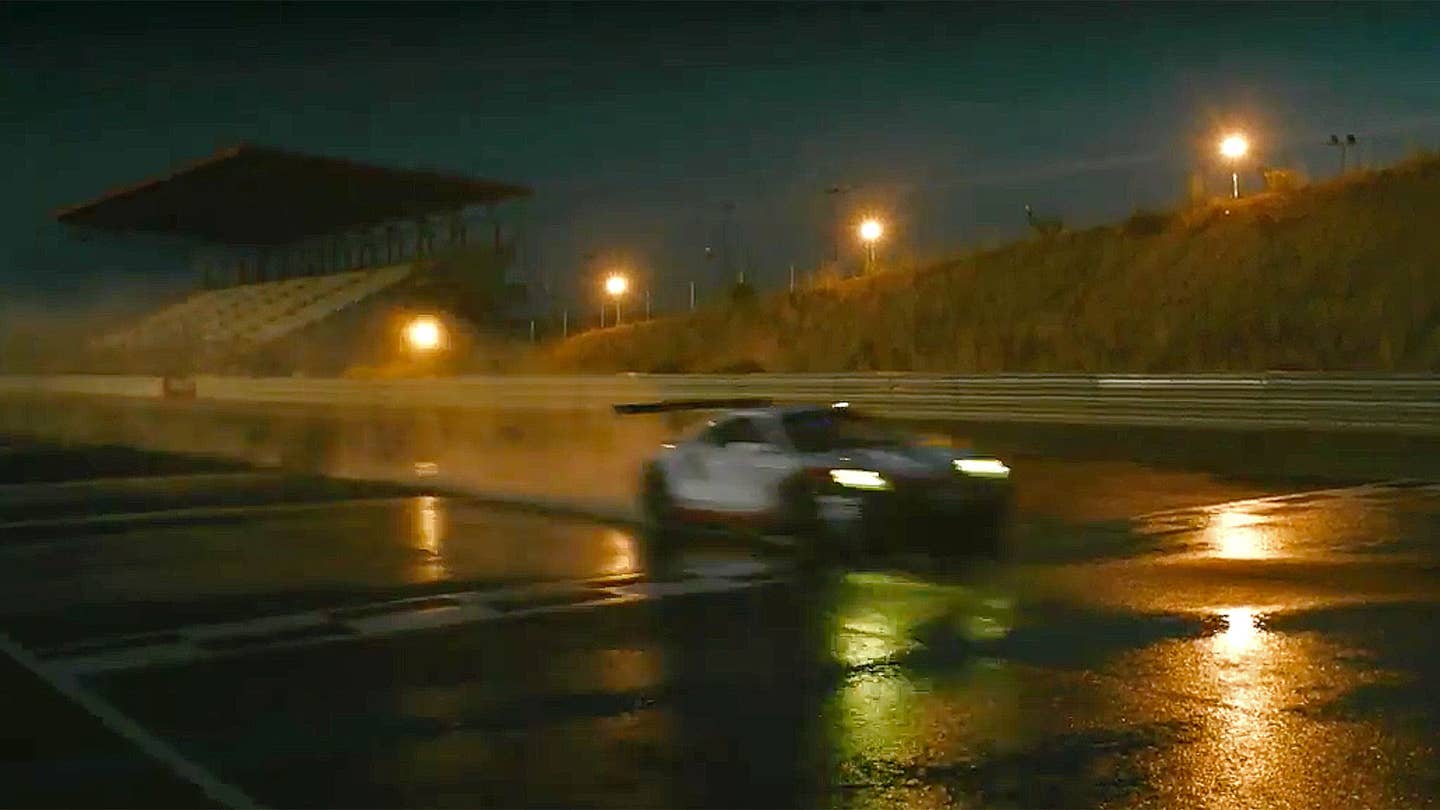 The Porsche 911’s rear-engined layout has been sacrosanct for the last 53 years—but it might not be much longer. Earlier today, the carmaker released a Twitter video depicting what may be Porsche’s new mid-engined 911 race car.

The video itself doesn’t reveal much of anything, on its own; it’s a handful of quick shots of a 911 race car blasting around a track in the rain, spraying up rooster tails of water vapor as it hauls past the camera with a Doppler-shifted shriek. But it’s the copy of the Twitter post that reveals there may be more than meets the eye here: “Coming soon: the most spectacular #Porsche 911 ever! Stay tuned for more!”

Now, any other year, we’d assume this is just a case of a hyperbolic social media editor having a little fun while scheduling future Twitter posts on a Thursday afternoon. But this isn’t any year. This is 2016, the year we’ve been seeing pictures of a mysterious Porsche 911 race car prototype blasting around Sebring with indicators that its engine has moved north of the rear axle. It’s the same year we’ve been seeing Porsche refuse to reveal the rear end of the new GT car in any official images; the same year Porsche has refused to discuss the engine layout of the car. In that light, the phrase “most spectacular Porsche 911 ever” takes on a bit more weight.

The new 911 RSR—or whatever it may be called—will compete next year in endurance racing series on both sides of the Atlantic, with its debut planned for the 24 Hours of Daytona Rolex 24 at Daytona in January. Based on that “coming soon,” however, we at The Drive are guessing we won’t have to wait until after President Trump is sworn into office to see this new, spectacular Porsche in all its glory.