WRC's R-GT class competition is hot, and the Porsches that race in the class are even hotter. 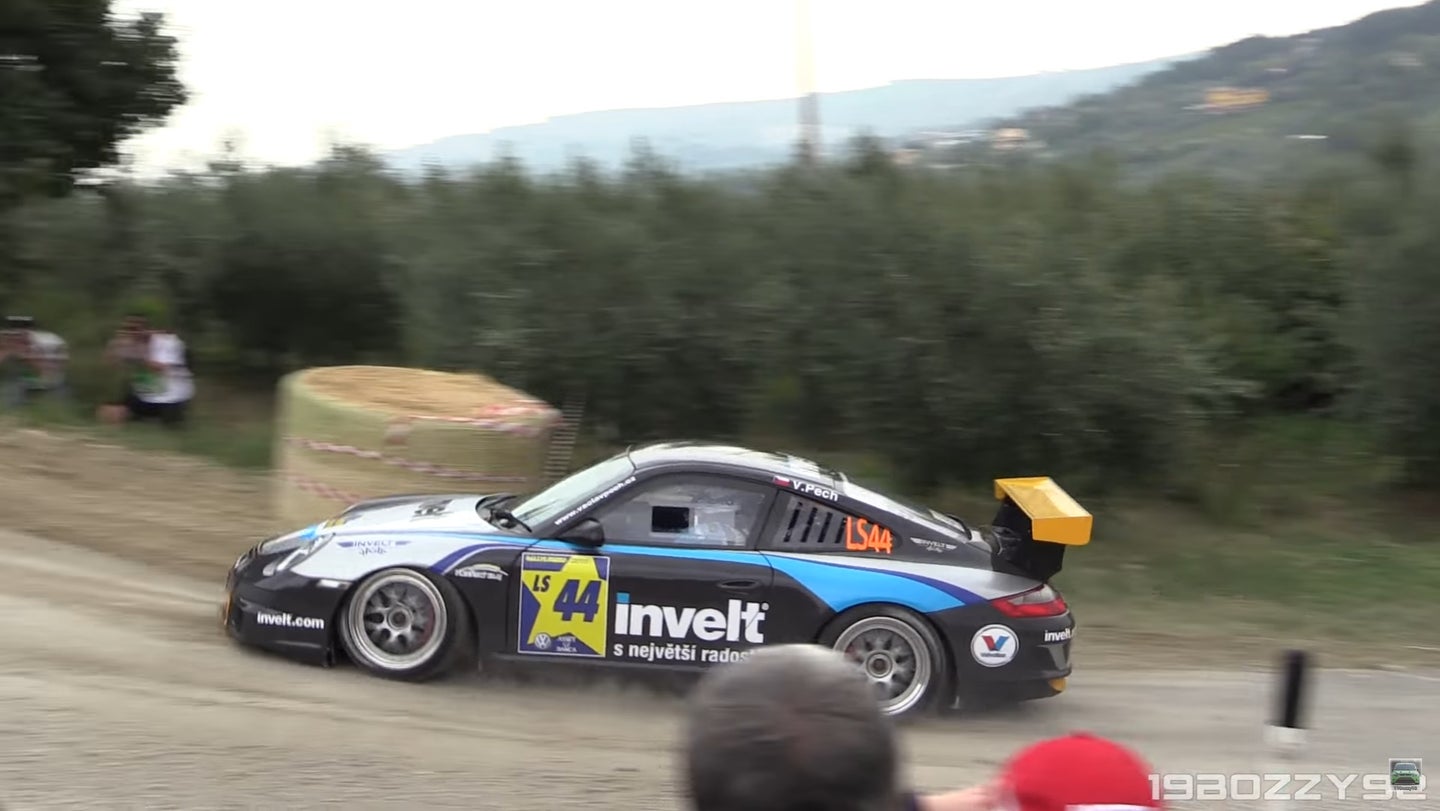 Like watching a dog riding a skateboard, seeing sports cars running in rally events seems incongruous. You wonder who took the time to teach the dog how to ride a skateboard and why. You wonder who took the time to prepare a Porsche 911 GT3 as a rally car, and why. Well, the why is the easy part, at least in the case of the GT3. The FIA has a class in WRC specifically for sports and GT cars. Combine that with Porsche's lengthy and successful career in off-road and rally racing, and there are easily enough people in the world interested in competing in that class with a GT3. As it turns out, a car with the engine in the back is actually quite competent at traction-limited motorsport.

This video compilation of R-GT classed 911s from 19Bozzy92 is exactly what the doctor ordered for a mid-week pick-me-up. The high-rev exhaust note of these rides is enough to make your troubles fade away, if only for a few minutes anyway. All of the cars in this video are based on the 997-generation and as such feature the old Mezger-based flat six engines. Those are essentially developmental descendants of engines Porsche has been racing since the early 1970s, making them well suited to the task of motorsport.

If you can make it through this video without wanting to file your own Porsche-based entry to the Monte Carlo rally in 2018, perhaps you should get your brain checked out. This has got to be one of the most exhilarating driving experiences on the planet. Dealing with the weight transfer alone must be white-knuckle inducing levels of amazing. What do you think, could you hang on for this wild bull ride style of car? Do you want to be the dog riding the skateboard?