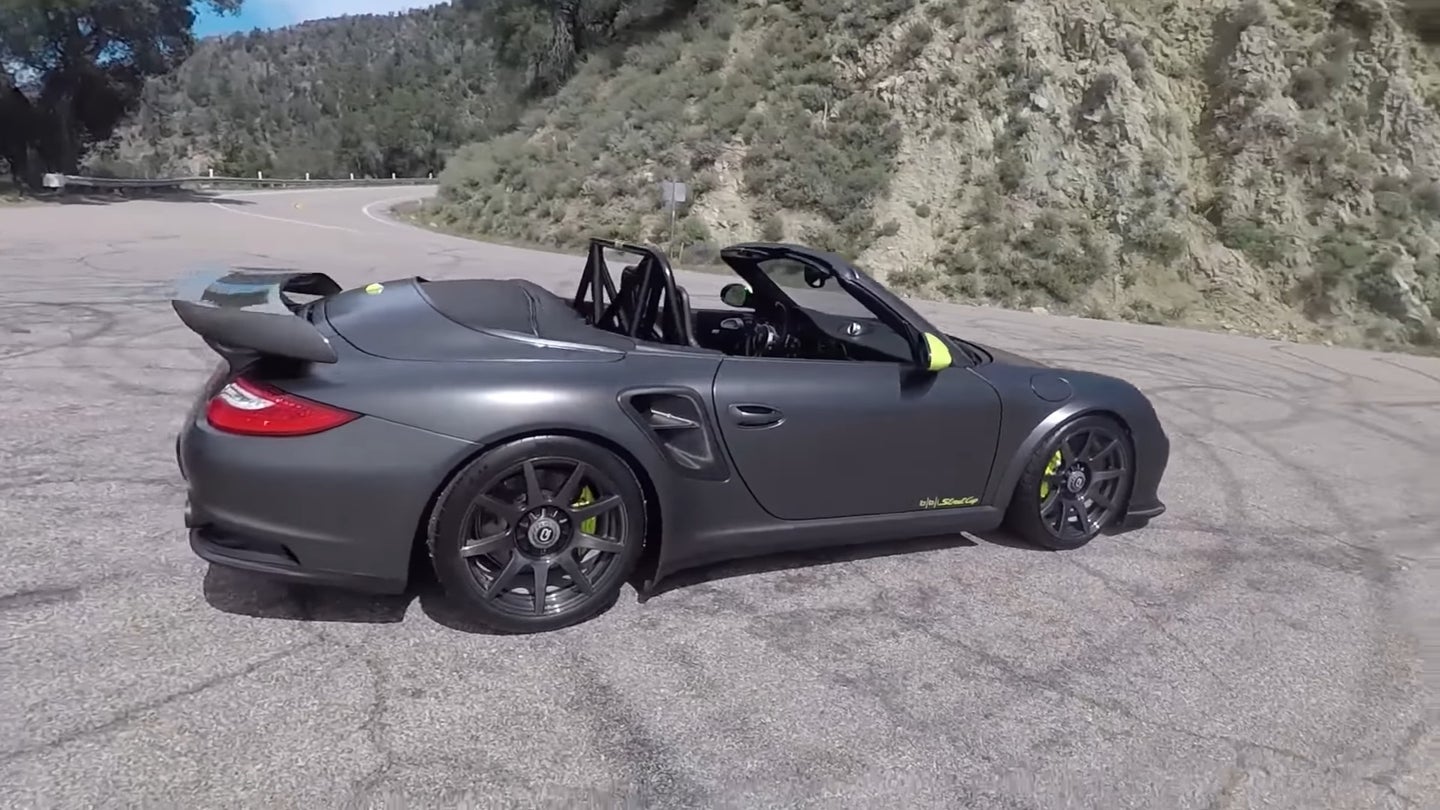 This is a car that might seem incongruous at first. It's a convertible with a bunch of suspension goodies and 675 horsepower. The people who care about handling enough to put a full BBi Autosport Street Cup suspension and Carbon Revolution wheels on their car generally buy coupes, and the people who usually want a cabriolet are more about comfortable cruising than maximum lateral acceleration numbers. The people who don't understand why this car exists have likely never driven a Porsche cabriolet. This Turbo Cabriolet was a lot more rigid from the factory than most might believe, and with a bolt-in roll-bar and some additional chassis braces under the skin, what little chassis rigidity was lost by cutting the top off was regained.

BBi essentially gave this Turbo a full GT3 Cup suspension kit, which necessitates wider front fenders with integrated flares to accommodate a wider track. At the back, the car has a GT2 RS-style rear bumper and downforce-inducing decklid wing. Those modifications alone would have made for an intensely impressive automobile, but when you add in HG's engine work, this car is elevated to another level. Using a stock bottom end, HG can tune the 997.2's direct-injected turbocharged flat-six up to 675 horsepower. More than that, though, just listen to that wild exhaust note, it's constantly making spaceship noises, and we love it.

It's instantly obvious that Matt Farah appreciates this wildly over-built Turbo Cabriolet. He can't help but burst out in laughter with every hard press of the throttle. That seems like just the right amount of power for your bright-green on matte black turbocharged four-wheel drive rocketship. If you can get over the blisteringly loud seat belt straps, you'd probably love driving a car like this one. This Porsche 911 Turbo Cabriolet is joy on four wheels.