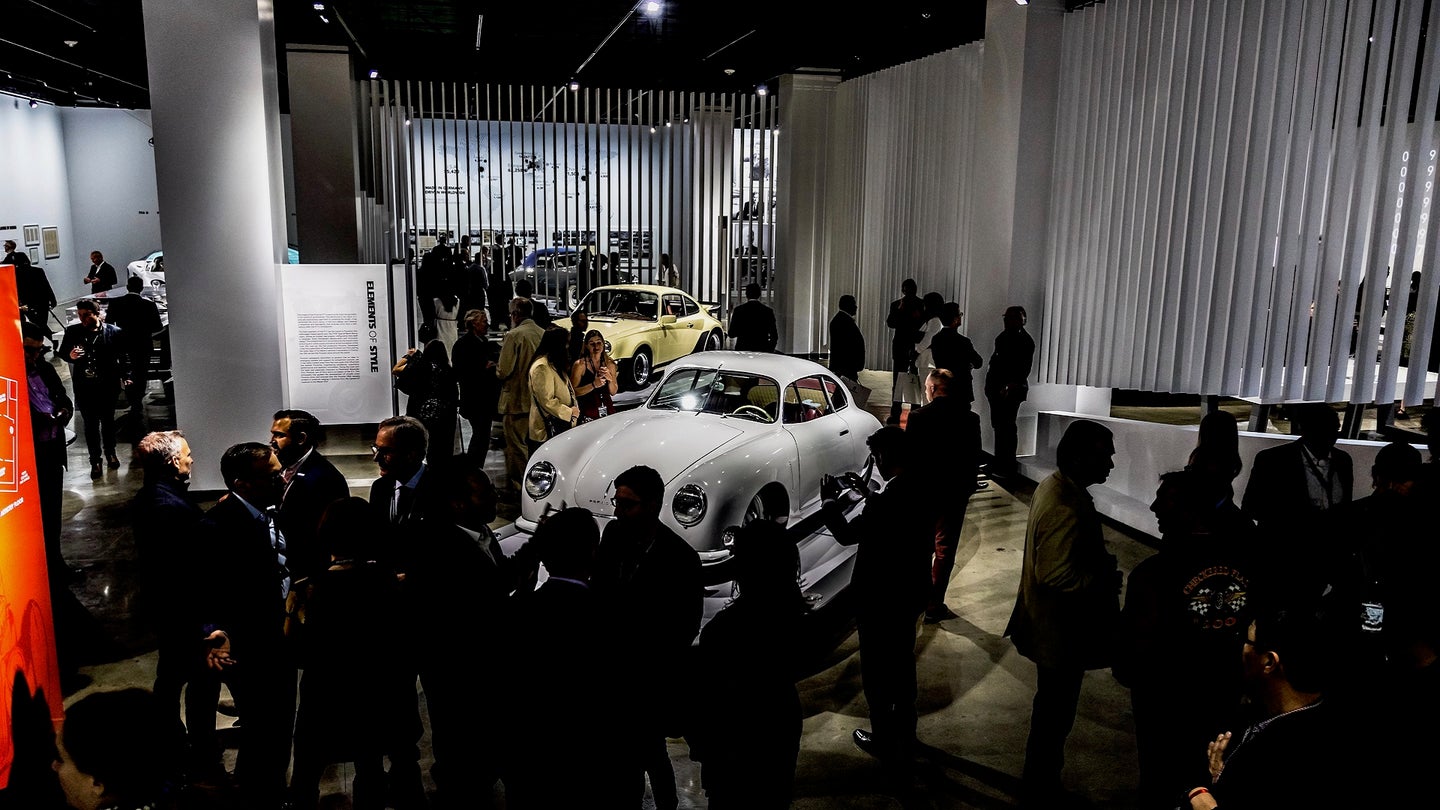 If you’re in the LA area and looking for something to do, you could do worse than checking out the Petersen Automotive Museum. It’s been open since 1994 on the corner of Fairfax Avenue and Wilshire Boulevard. There’s a new exhibit on display called “The Porsche Effect” meant to help celebrate the 70th anniversary of Porsche sports cars. It’s packed with a ton of cool Porsche sports cars, historical documents, and artifacts all focused on Porsche lore.

Some of the legendary vehicles on display include the 1938 Berlin-Rome Type 64 race car, a 906 race car, the 919 endurance racer, the Petersen Collection’s 901 and Continental, a model X83 Turbo S Flachbauc 964, a rally-spec Type 953 911, the Porsche 935 K3 LeMans winner, and many more. There are even a few rare four-door prototypes on display which are being loaned from the Porsche Museum.

Also, for the first time ever, Porsche is providing the public glimpse of the motors for the 356, 917, and 956 models. Among the documents and artifacts are Ferdinand Porsche’s personal passport and drawings from the original development of the 911.

Before they opened the exhibit to the public, the museum hosted a curated panel discussion. Among the panelists were three-time LeMans and five-time Daytona 24 winner Hurley Haywood, multiple Pikes Peak winner Jeff Zwart, and actor turned racecar driver Patrick Dempsey.

Speaking on the new exhibit Peter Mullin, Chairman of the Board of Directors for the Petersen, said, “We are thrilled to share this incredible history with the public in an experience that both passionate enthusiasts and casual fans will surely appreciate and enjoy.”

The exhibit is on display in the Mullin Grand Salon of the Petersen Museum. It was put on through an organized partnership between Porsche Cars North America and the Porsche Museum in Stuttgart-Zuffenhausen.

Porsche fans out there rejoice! You don’t have to book a ticket to Germany to check out a little piece of history.

901 Cabriolet Prototype On The Open Market For The First Time

A lot of Porsche enthusiasts don’t even know that there was a 1964 901 Cabriolet prototype, but it’s true. Not only that, but it’s for sale!