Vintage cars typically seen on posters were on display this weekend at the Philadelphia museum. 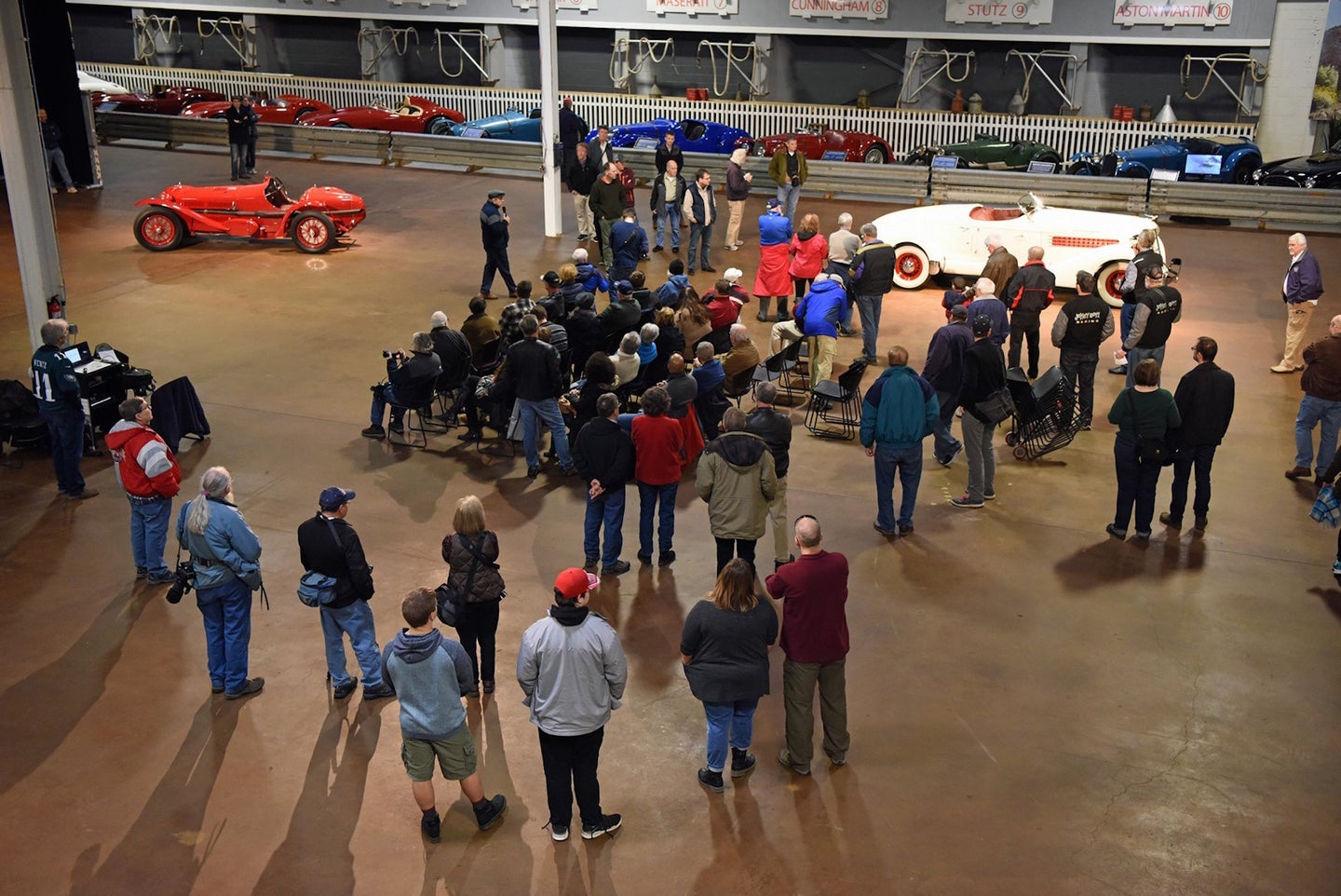 This past weekend, the Philadelphia museum showed classic luxury models from the 30s and 50s that we’ve mostly seen on posters. The event, called “Poster Cars Demo Day,” featured an attractive display of cars and talks from industry photographers and Simeone himself.

A baby blue 1933 Squire roadster, a white 1935 Auburn 851 speedster with red spokes, and a red 1937 Alfa Romeo 8C 2.9A with a matching leather interior were on display. Museum-goers watched as Simeone and his curator, Kevin Kelly drove the cars around the museums 3-acre outdoor racetrack.

Other models on display included a 1958 Aston Martin DBR1 and a 1963 Ferrari 250P, cars that previously won Nurburgring and raced at Le Mans.

Simeone and his curator, Kevin Kelly, chose the most attractive roadsters out of the collection.

“They were special cars that were made to be beautiful,” Simeone said.

Furman provided advice on the art of car photography, then Andrew Taylor, the museum’s photographer, gave his own pointers.

The museum was named “International Automotive Museum of the Year” at the International Historic Motoring Awards last year.

Interest in vintage cars is reportedly decreasing though, as baby boomers are reportedly having trouble selling their vintage collector cars.

Simeone is concerned about the future of vintage cars and said they are increasing in value, so people can no longer afford them.

“I think ultimately there will be fewer people that appreciate them,” he said.

Though people aren’t buying or driving vintage racecars, for now, they will continue to pay to look at them. McLaren opened an exhibition showing its old F1 racing cars last year and the Petersen Automotive Museum showcased an exclusive Rolls Royce and a GSM Delta from the 60s. To keep up that trend, the Simeone Automotive Museum will continue to showcase pieces of car history.

“It’s the only place I know where people can come, get an education and see the most iconic cars in the world,” he said.

It’s a marketing gimmick…but we’re into it.