You’ll probably never find a cleaner S/C Cobra than this one. 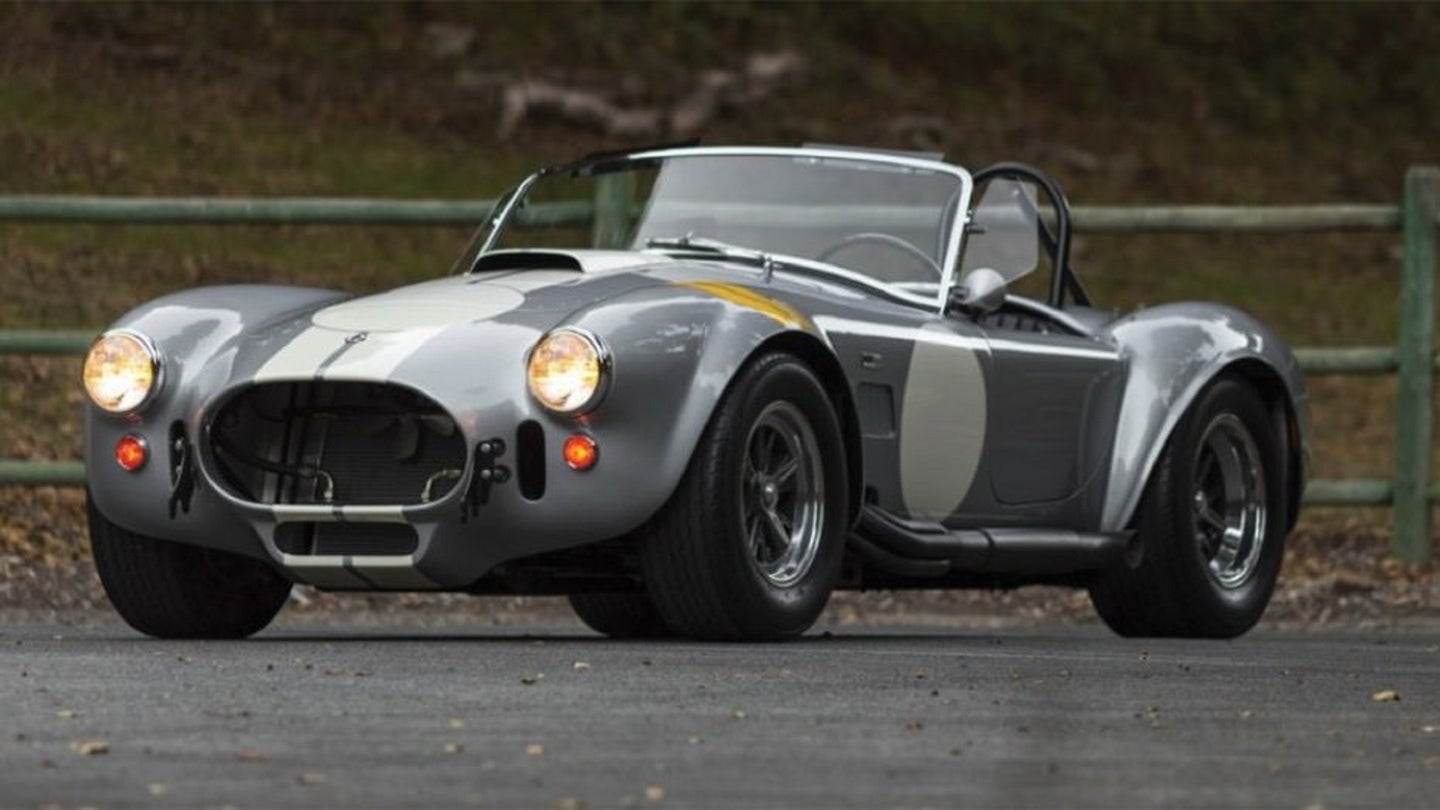 A clean, original, authentic Shelby Cobra is one of the most valuable American cars out there. Add the S/C “Semi-Competition” package and you have yourself a $2 million car. At least that’s what RM Sotheby’s is anticipating for the 1966 Shelby 427 S/C Cobra it’s auctioning off later this month with an expected hammer price between $2 million and $2.4 million.

The S/C package was an even crazier, more track-ready version of the legendary Shelby Cobra packing a massive 427 ci V8 engine which produced 500 horsepower. The few S/C models used competition chassis intended for racing. Truly being a racecar for the street, the Shelby 427 S/C Cobra was the fastest road-going car in the world at the time it was produced. It shared the oil cooler, riveted hood scoop, flared fenders, side exhausts, dual lightweight batteries, 42-gallon fuel tank, and external fuel filler used on the actual Cobra racecars.

Part of the reason old Shelby Cobras are so valuable now is that so many of them were driven in the way they were meant to be driven. They were thrashed around racetracks and driven hard and fast as Carroll Shelby intended. To find a clean example is a rare gem befitting of the high prices they go for.

To find an S/C Cobra as clean and original as the one going up for sale with chassis number CSX 3040 is an automotive unicorn. It’s changed hands several times since it was produced and has lived on three different continents. While it’s an original car, it’s not exactly a survivor and has been restored in 2001 by Cobra master restorer Mike McCluskey of Torrance, California.

“The object of the restoration was the preservation of as much originality as possible. The original instrumentation was retained and restored. The original seats (except for the carpeted backs) and the dash panel were retained,” said McCluskey according to the RM Sotheby’s posting. “The original engine was rebuilt, blueprinted, and tested. For reliability, the engine accessories and entire electrical system

The car comes with full documentation including a copy of the original sales invoice, its SAAC Cobra Registry entry, and specifics from the man who restored it. “CSX 3040 now exhibits about as perfect an example as you can get of all the S/C Cobras in existence today,” says McCluskey. In other words, if you’re a millionaire looking to add a perfect S/C Cobra to your collection, get your butt and your checkbook to Phoenix, Arizona January 18-19.