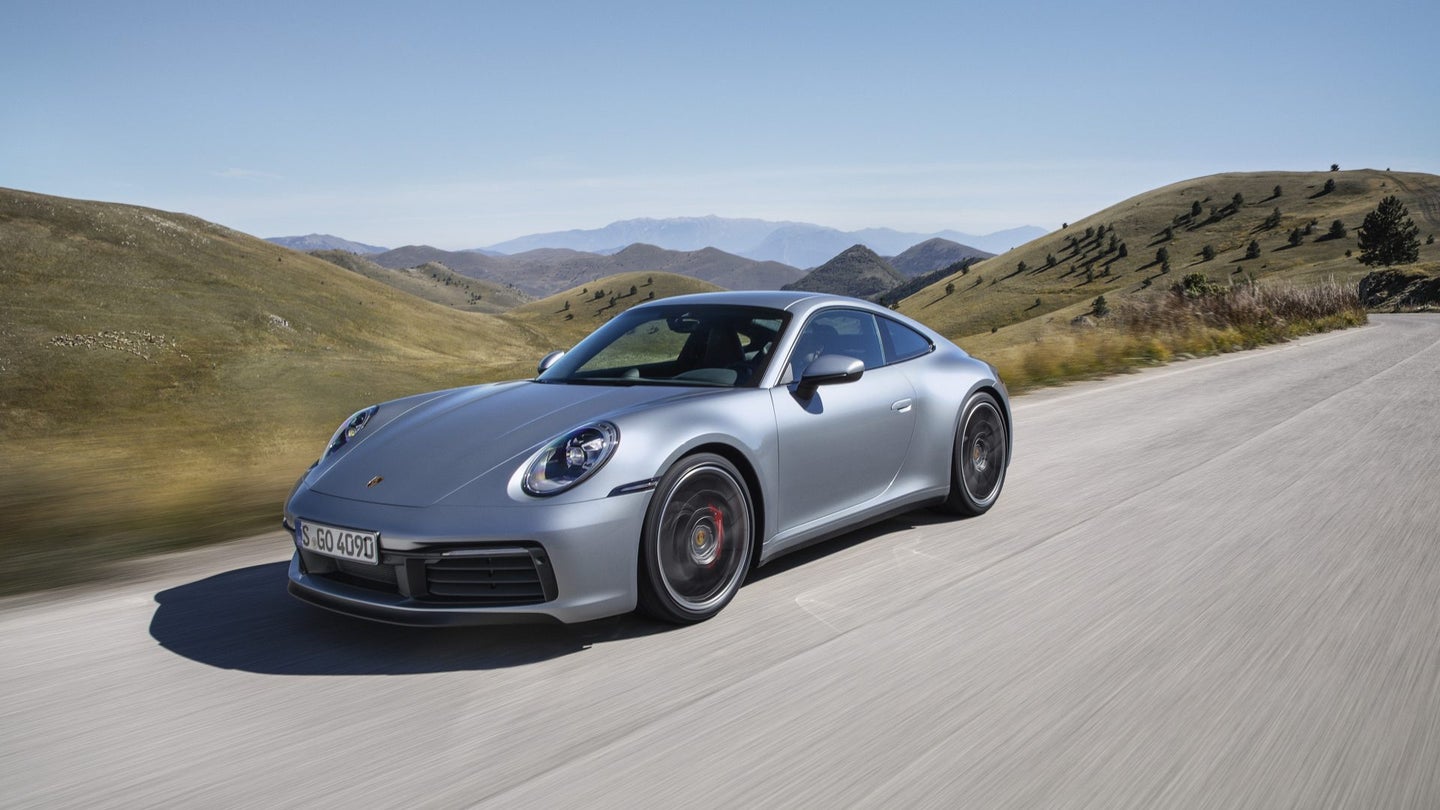 While an electrified Porsche 911 may not be ready or even necessary right this second, hybrid versions of the rear-engined sports car will arrive before the new 992 generation is finished in around seven years. The folks at Autocar recently spoke to 911 boss August Achleitner and have learned exactly how his new baby has been set up to accommodate electric motors in the coming years.

While the 992 we've seen thus far still rocks an unelectrified, 3.0-liter twin-turbo flat-six, Achleitner says that mild hybrid, plug-in hybrid, and even electric-only versions will eventually become a reality. "We've taken the experience we gained with hybrid versions of the Cayenne and Panamera, as well as the 918 Spyder, and applied it to the new 911. In the future, this will allow us to offer it with pure-electric capability."

In anticipation, much has been done to package the 992 so that electric motors can be fitted as painlessly as possible. Chiefly, the new gearset on the car's eight-speed PDK transmission has been shortened by 100 millimeters so that a disc-shaped electric motor can fit behind the gearbox.

The trans itself has been beefed up and is now rated to handle more than 500 pound-feet of torque. Essential, given the instantaneous nature of electric powertrains.

If specified with four-wheel drive, the two-door Porsche can now send up to 50 percent of the power to the front wheels. The car also inherits a fully electric brake booster similar to the one found in the 918 Spyder hybrid hypercar which allows for better energy regeneration upon deceleration.

While Achleitner was coy on specific powertrain specs, he told Autocar to look to the mind-bending Panamera S E-Hybrid as a reference point. That car uses a 126-horsepower electric motor coupled to a 550-horse twin-turbo V8 to make almost 680 horsepower and 626 pound-feet of torque. If we took that same electric motor and threw it alongside the 444-horsepower flat-six in the Carrera 4S, the 570 combined horses we'd have on tap would be within spitting distance of the previous-gen 991.2 Turbo S.

What's more, the upcoming electrified 911's batteries are said to be located in the front of the car for better weight distribution and a lower center of gravity.