Porsche 101: This Video Explains Every 911 Carrera Variant in Production Today

It’s time to get the facts straight about the Porsche 911 lineup. 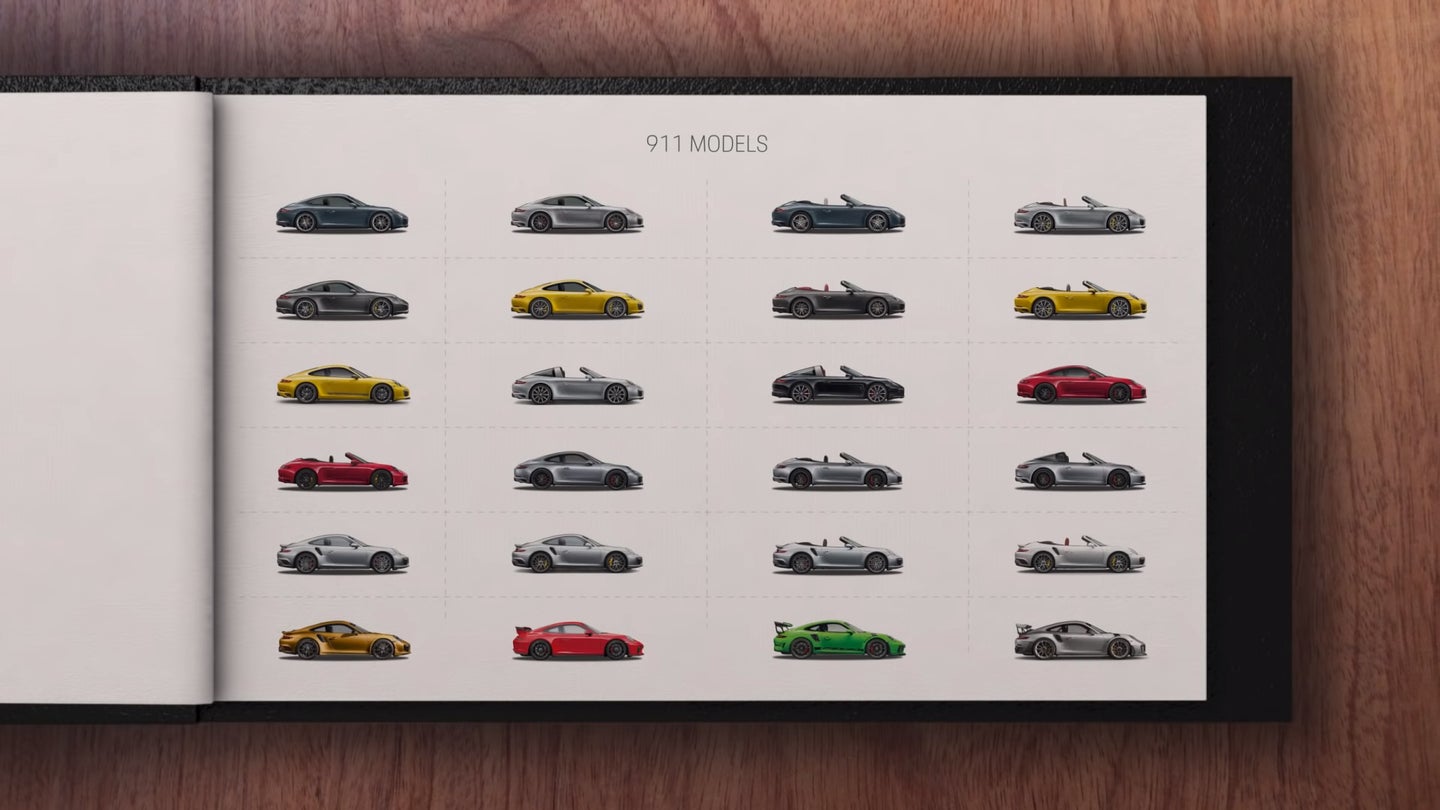 In case you had trouble remembering all 24 derivatives of Porsche's iconic 911, the German sports car manufacturer has put together a video to help you identify the key features across its lineup of the legendary platform.

The five-minute video showcases all road-legal variants of the 911, from the entry-level Carrera to the top-of-the-line GT2 track monster. Each Porsche is painted in the light of its purpose and ranking in the manufacturer's lineup.

Second to the explanations of where each vehicle fits in Porsche's collection is the history of the automaker's cars, how they received the powerplant relevant to their designation, and their respective namesakes. For example, Porsche not only talks about how it designed the first 911 Turbo as a gas saver amid the 1970s oil crisis, but it also explains why it birthed the GT class as road-going cars rather than just race-ready track variants for motorsports.

To this day, Porsche is proud to carry its "compact and puristic" design. Each 911 is configured with a basic concept in mind: a sports car for the road with a 2+2 seat configuration and flat-six, horizontally opposed powerplant in the boot.

Even with the introduction of electrified vehicles becoming more mainstream, and Porsche's very generous investment into tech development, the inclusion of a flat-six will remain a staple of the 911's image. Porsche's CEO Oliver Blume Porsche has teetered on the idea of giving the 911 a hybrid variant. Historically, Porsche's hybrids have been available in six-pot configurations, and Porsche plans to produce the 911 side-by-side with its electrified performance offerings, such as the upcoming fully-electric Taycan.

The track-focused 718 Cayman T will follow in the footsteps of the purist-special 911 Carrera T.