The track-focused 718 Cayman T will follow in the footsteps of the purist-special 911 Carrera T. 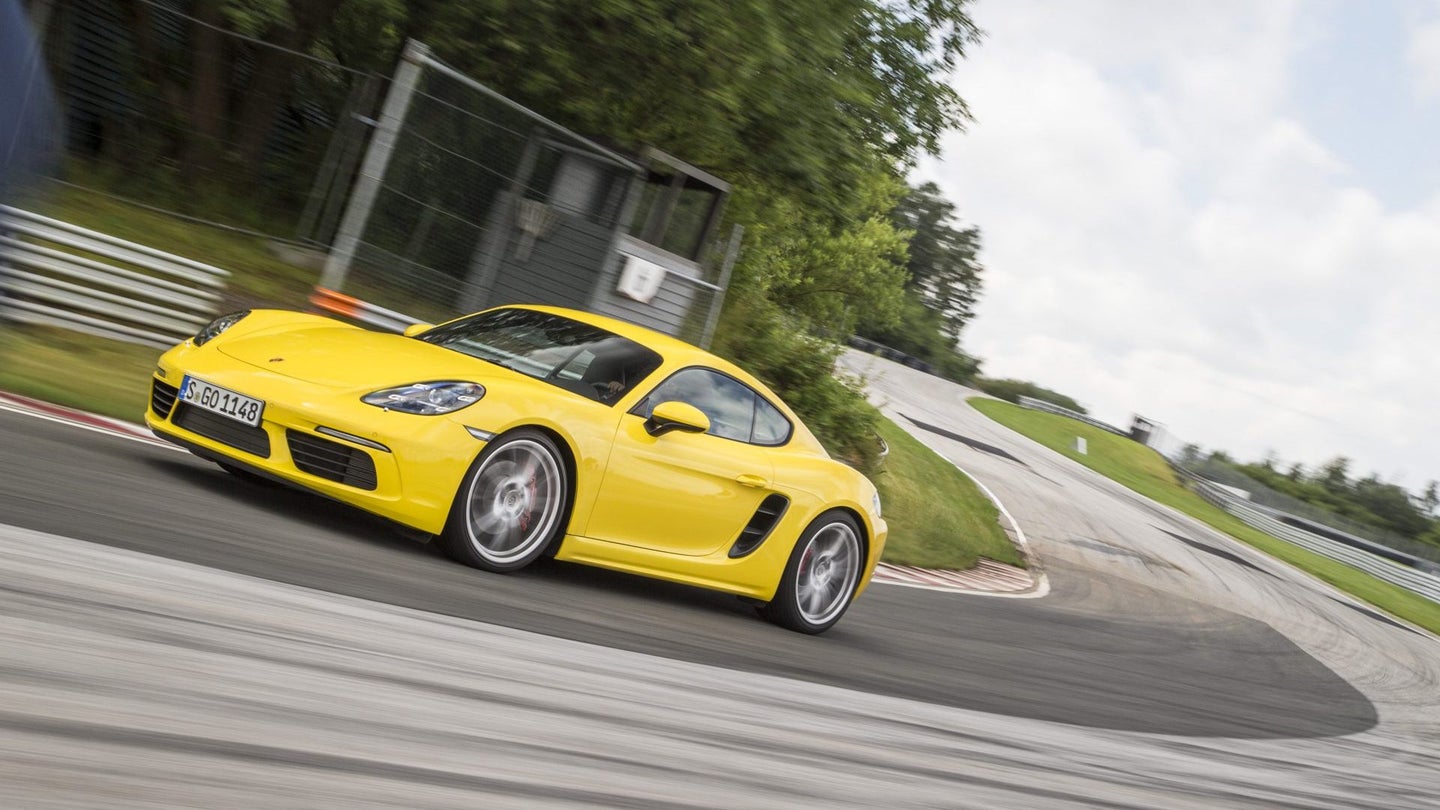 A lightweight, driver-focused version of Porsche's mid-engined sports coupe is in the pipeline if a new report is to be believed. According to Auto Express, the German automaker is said to be preparing a 718 Cayman T which will, as you might have guessed, be specced in the same vein as the purist-special 911 Carrera T.

Hence, the Cayman T will reportedly get a thinner glass, fabric interior door handles, sports seats, and the option to delete the infotainment system for approximately 44 pounds less weight. It'll also apparently feature a sports exhaust, the Sport Chrono Package that lowers ride height by 10 millimeters, 20-inch lightweight wheels, and a tuned version of the 2.5-liter turbo flat-four engine that pumps out approximately 360 horsepower. The T is slated to sit in between the S and GTS in the Cayman lineup. Just like the T-badged 911, we expect a Cayman T to be the lightest car in its range.

Like the Carrera T, then, the Cayman T shaping up to offer the thrills of Porsche's top-shelf GT cars in a less potent and expensive package. A Cayman GT4 on a budget, if you will.

Despite Auto Express's lack of a specific source, this isn't the first time we've heard of a purist-spec Cayman. Back in July, AutoGuide discovered a VIN decoder guide submitted to the National Highway Traffic Safety Administration that explicitly mentions a 2019 Porsche 718 Cayman T. In an email to The Drive, a Porsche spokesperson said the company "has no comment regarding 718 variants."