Hint: The engine's in the middle, guys. 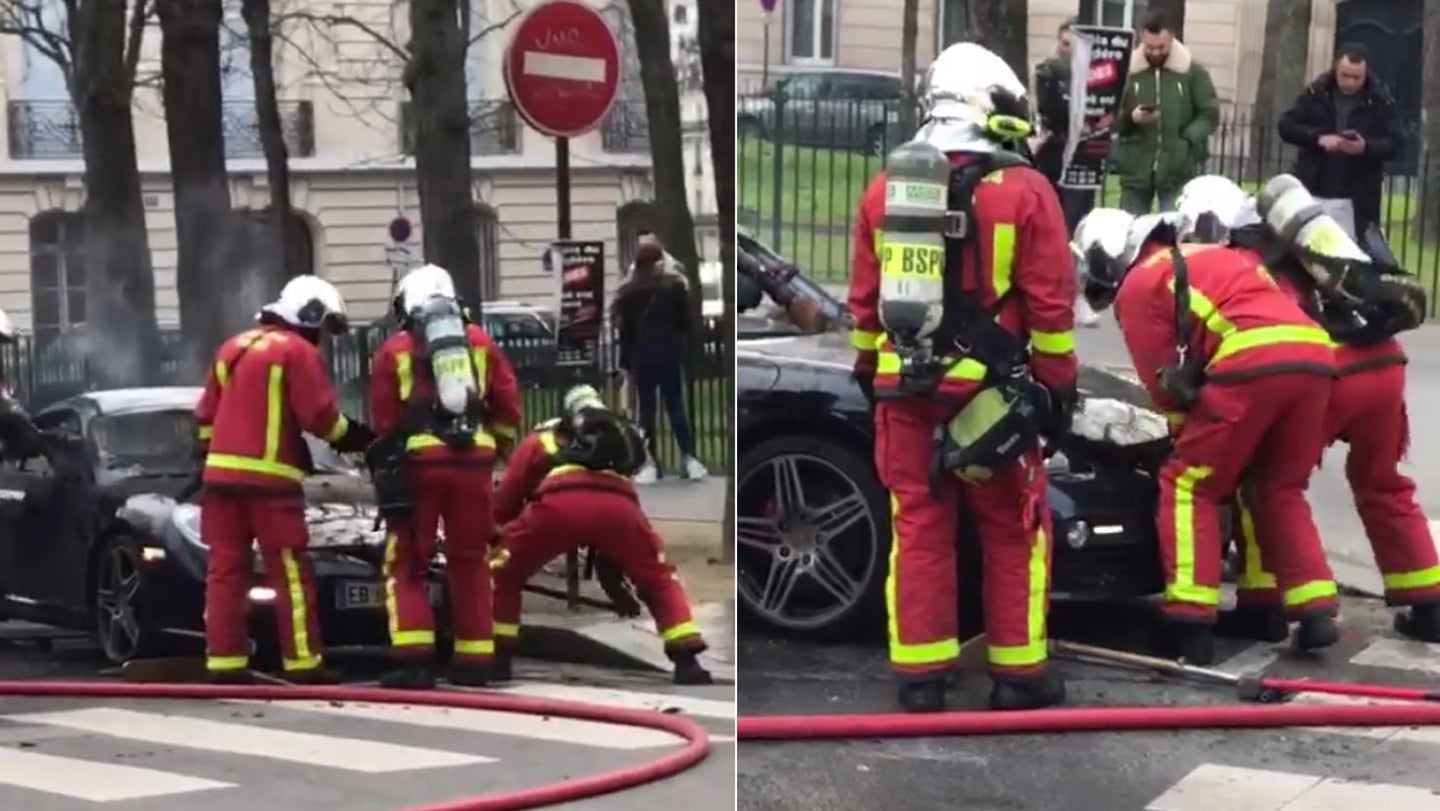 Several sports cars were vandalized during last weekend's protests in Paris, including this particularly unfortunate Porsche Cayman. A new video of the Cayman going up in flames shows well-meaning firefighters who spend a lot of time trying to open the Cayman's frunk, only to appear surprised when they opened it up.

The Cayman, of course, keeps its engine behind the driver, just like every two-door Porsche sports car has for the past couple decades. Granted, many Cayman owners' busted knuckles can attest that Porsche really tucks that engine way up in there, hiding it under a small panel right in the middle of the car.

I want to give these firefighters the benefit of the doubt, though, as other major flammable items—namely, the fuel tank and the battery—are actually located in the front of the Cayman. Maybe they were surprised that the contents of the frunk were undamaged? American firefighting publication Fire Rescue advises checking the trunk of a vehicle regardless in a fire, in case someone's trapped inside.

Of course, that same publication also advises that any fires around the engine need to be put out, as the flammable liquids there can fuel the flames. Furthermore, Facebook's translated caption of the now-viral video reads, "Someone please tell the firefighters that Porsche's engines are rear." The cameraman's laughing pretty hard at the big frunk reveal, too.

Fortunately, it looks like the firefighters working on the middle of the car took care of any flames that were encroaching upon the Cayman's real engine bay before they spread too far outside the car's interior.