The venerable auction house Sotheby’s was founded in England back in the mid-1700s, with core competencies in jewelry and fine art. To grab a slice of the mushrooming car-collector cash pie, the house officially teamed earlier this year with Ontario-based vintage automobile auctioneers RM. Intimations of the partnership, however, were strong as early as 2013, when the houses joined for a record-setting auction and public exhibition of outstanding cars, “Art of the Automobile,” at Sotheby’s New York headquarters.

Safe to say that New Yorkers will love the sequel. Entitled “Driven by Disruption,” the next show and sale features 31 vehicles and 27 pieces of rare automobilia that will leave a path of drool through the five boroughs.

“For us, the notion of having an auction in a gallery space on the 10th floor of a New York City high-rise, the idea is to think outside of the box,” says Alain Squindo, vice president of RM Sotheby’s. “Every one of these cars represents a break from tradition in the era in which it sits.”

This is absolutely true, although included in the gorgeous auction catalog are a number of somewhat predictable vehicles, surefire blue chip marques and makes that seem to appear in every contemporary sale. (Not that we’re complaining—we adore all of these cars). Series One Jaguar E-type; Mercedes-Benz 300SL Gullwing; Lamborghini Miura and Countach; Porsche 911 Carrera RS and 911 Turbo; BMW 507; and a Ferrari Daytona, Testarossa, Dino, 250 GT and Enzo. Mercy.

“A lot of those blue chip cars were, in their day, the fastest, the most valuable, the rarest, the highest model offering. So they ticked a lot of those desirability boxes, and they still do today,” Squindo says. “That said, that type of blue chip car is very appropriate for a sale like New York, because it is really the crossroads at which our established car clientele meet the traditional Sotheby’s art buyer. They’re cars that don’t require decades of car stick-to-itiveness to appreciate.”

As much as we appreciate the expected and accessible, The Drive’s tastes tend to run a bit weirder. So we were delighted to note the presence of some slightly more outré vehicles. You’d have to be dead not to appreciate a Bugatti Type 57C Atalante or Aston Martin DB4 GT Zagato, the latter estimated to bring upwards of $17 million. But our hearts spun faster at the mere sight of an impossibly streamlined, argent, 1933 Pierce-Arrow Silver Arrow. And our eyes crossed at the minty, strabismal 1953 Chrysler Special, one of the first Virgil Exner-designed, Ghia-built Mopar show cars. We also can’t help but agree with Squindo on the perfectly preserved, snow-white 1981 BMW M1 on offer.

“This one has unbelievably low mileage, it’s very, very original,” Squindo says. “And when you consider the plethora of Eighties supercars, the M1 is really something totally earth-shattering.”

The show also features a host of automotive memorabilia: paintings, prints, sculptures and other ephemera. “We consign those in part because it really rounds out the gallery display,” Squindo says. “But also because they’re a really nice addition to the sale.”

Notable among these two dozen or so lots is an assortment of scale models—an Enzo, a 250 Testa Rossa, a Shelby 427 Cobra, a BMW Art Car—some large enough for a child to ride in.

But, perhaps because we’re obsessed with dioramas, our eye went immediately to a pair of vitrined Sixties cutaways of Chevy’s high-output V8s: one from the Turbo-Jet 427 Corvette introduced at the 1964 World’s Fair, and another of the Turbo-Fire 350 from the first Camaro Z/28.

And because we’re also obsessed with obsessives, we were struck by the maniacal nature of the teensy-weensy, fully running scale models of Porsche’s 904 and 917 engines hand-crafted and machined by a Canadian IBM engineer and Porschephile.

“It’s a staggering piece of ingenuity,” Squindo says. The same could be said of nearly every object in the sale, and at the end of the sale on Dec 10, Squindo expects the $63 million mark set by the 2013 sale to be surpassed. And in the sky-high penthouses of Manhattan’s new-breed plutocrats, hands are being rubbed together in anticipation.

“Driven by Disruption” is open to viewing Dec 5-10 at Sotheby’s New York headquarters, at 1334 York Ave. 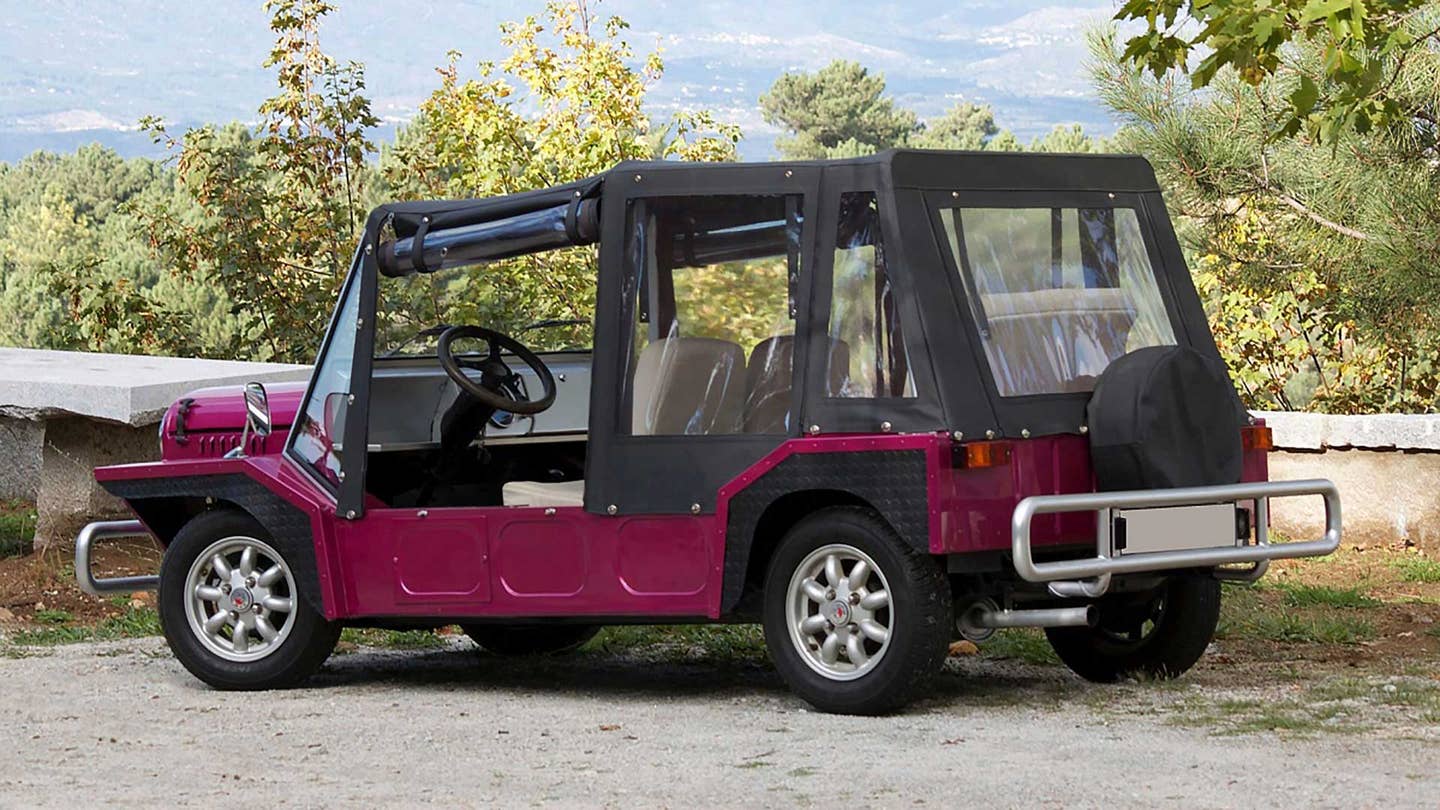 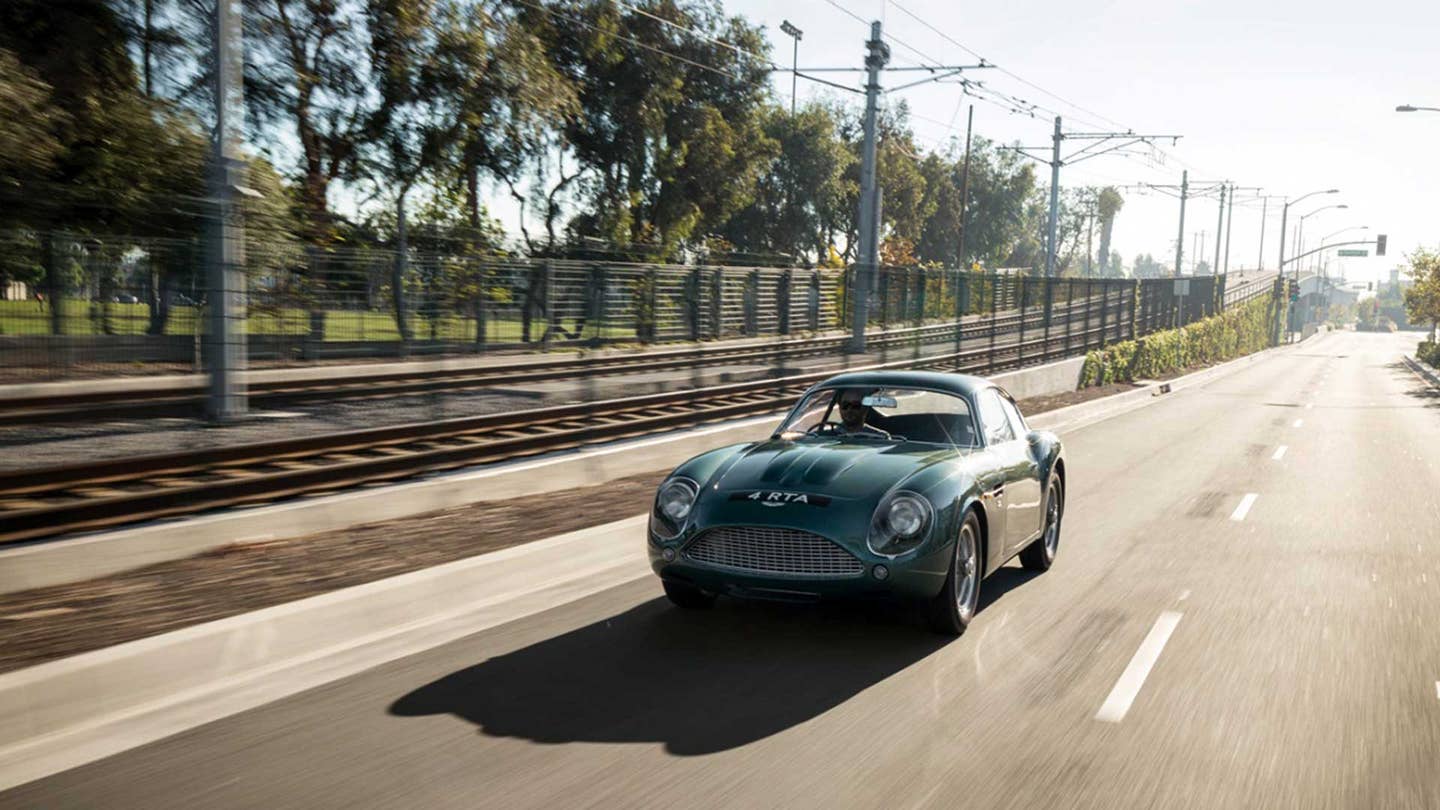