Why the Toyota 2000GT Matters

And why it kind of doesn’t. 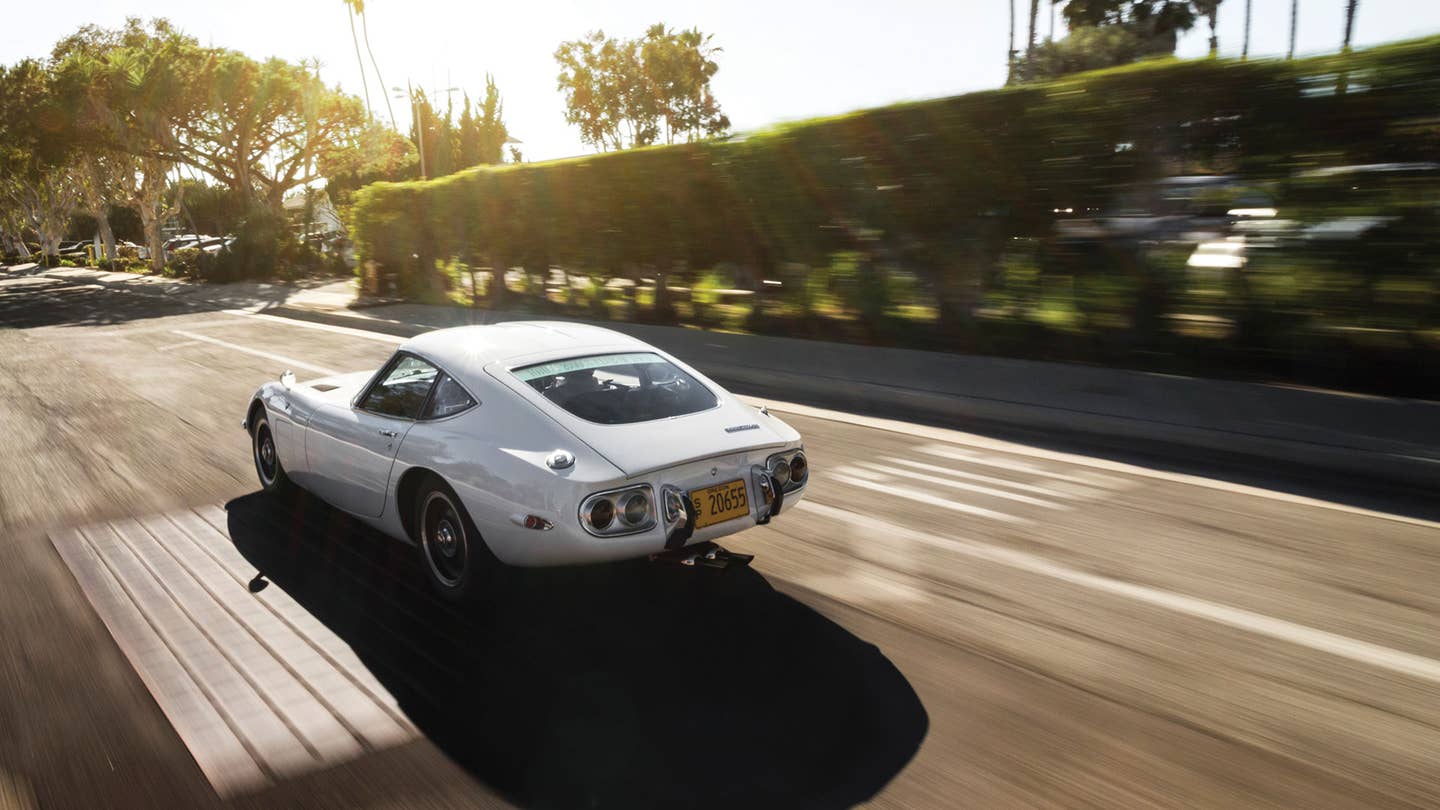 In the spring of 2013, RM Auctions (now RM Sotheby’s) sold a Toyota 2000GT for $1.2 million, the first Japanese collector car ever sold for seven figures. Already somewhat of a cult car, this sale threw the 2000GT into the international collector consciousness; in the succeeding 18 months, more have probably been sold publicly than in the entire previous decade. Next year will undoubtedly bring even more, starting with a right-hand-drive, Japanese-market version at RM again in Scottsdale; a red left-hand-drive car from Mozambique at Gooding; and another, well-traveled example at Mecum in Florida. And that’s just January.

The 2000GT, a 150-horsepower, Yamaha-built leftover project originally conceived for Nissan, was a huge sensation when launched in 1967. Imagine, a Jaguar E-type from a country known for 125cc Honda motorcycles. But where the Jaguar sold by the tens of thousands, Toyota moved 351 examples of its DOHC coupe—hardly a surprise, considering its $16,000 USD sticker bought you three of the Jags. So all that attention and amazement meant… essentially nothing. Toyota ceded the affordable Japanese sports car market to the Datsun 240Z, which performed almost identically to the Toyota at less than one-fourth the price. Loyalists will call the 1982 Supra their answer, but was it?

Like the 2000GT, the Supra’s engine was a Yamaha creation, a 145-hp one at start, the same output as the much-loathed contemporary Datsun 280ZX. While it did grow into a twin-turbo monster, the Supra also became very, very expensive. Toyota engineering turned out some fine machinery in the ensing decades—those assorted rear-drive Corollas that formed the Japanese drift scene, jeep-like FJs and trucks and, eventually, the excellent Lexus LS300 and LS400 coupes. But, even though the DOHC technology and a long association with Yamaha continued, it’s hard to see any sort of spiritual continuity with the 2000GT. Toyota has only built one true sports car since, the LF-A. And two cars in a half-century is not exactly a sporting tradition.

So maybe the 2000GT was a statement of intent from Toyota, and there was some trickle-down to attainable models. But there certainly wasn’t a follow-up. That unique status, as a hand-built, low-production car, has made it worth a million bucks. It’s easy to see where Porsche 911 or Jaguar E-type or a Boss 302 Mustang fits in the universe of cars. It’s just a lot harder with the Toyota 2000GT.