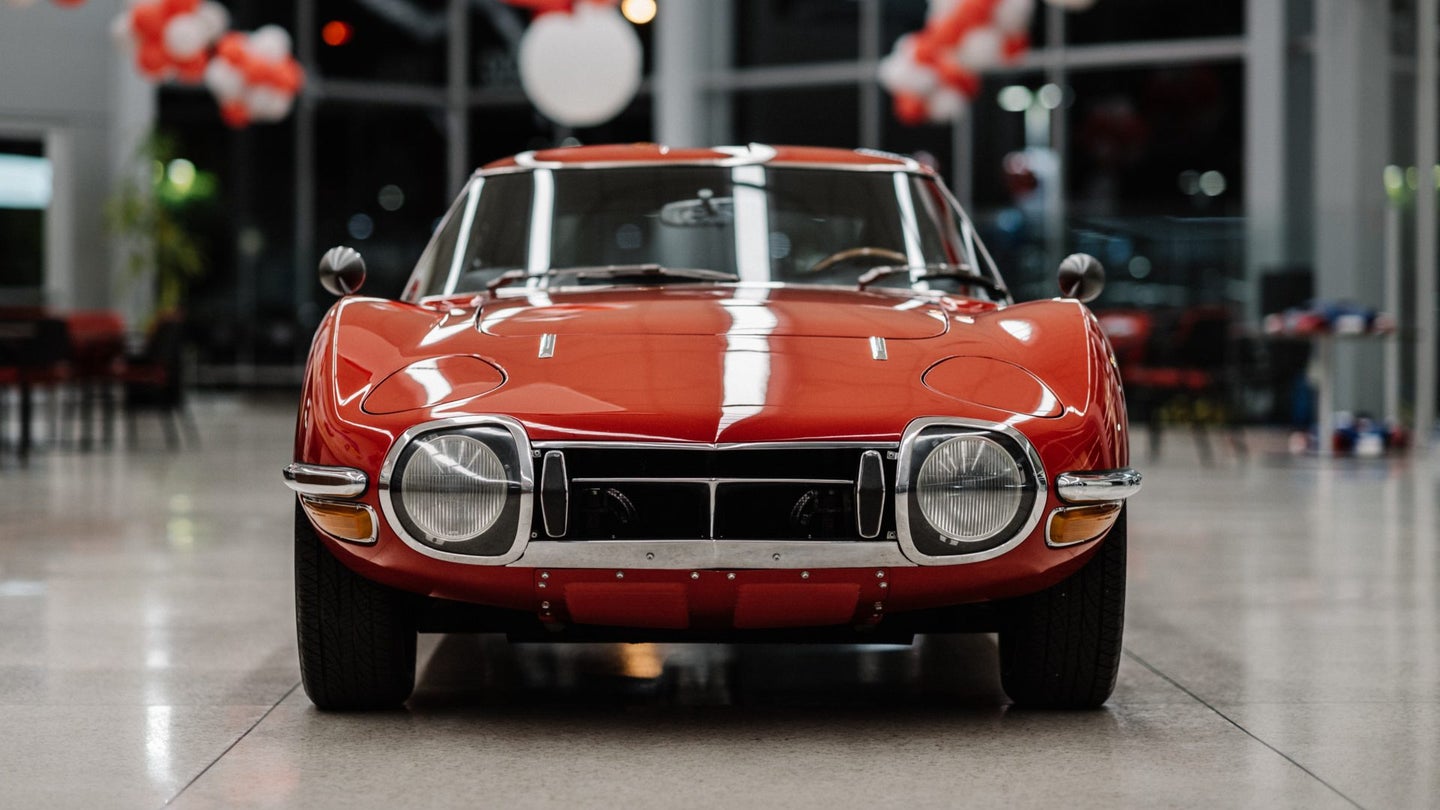 One of only 62 left-hand-drive (LHD) examples ever produced of the Toyota 2000GT for the United States has just resurfaced at auction. Needless to say, it's going to command big, big bucks.

This particular stunner bears the serial number MF10-10100 according to its consignor Bring A Trailer, and was one of such LHD cars. It was purchased by Austrian immigrant Otto Linton, a classics racer ahead of his time known primarily for competing in the United States' first post-WWII road race at Watkins Glen, according to Vintage Road & Racecar. Linton owned the car for more than three decades, and eventually sold it off at the age of at least 79 (Linton passed in January at age 100), and it has circulated prestigious collections for the last two decades.

This 2000GT underwent partial restoration 12 years ago, and under its previous owner, it received over $29,000 in maintenance, as well as a romp in the Copperstate 1000 vintage road rally. Today, it's owned today by San Jose, CA-based dealer American Motors Custom and Classics, which offers it with just 14.5 miles listed on the odometer. The trip odometer disagrees, and reads a healthy 128.7 miles, making the car's true mileage a real secret.

Toyota collaborated with Yamaha to design the 2000GT as proof that Japan could make a serious sports car to compete with historic European marques in the late 1960s, wowing automotive press of the time. Despite changing the way the world thought of Japanese cars, the Toyota 2000GT never sold well and only 351 were built between 1967 and 1970, the majority of which were right-hand-drive models. American customers ordered their share of 2000GTs, however, prompting Toyota to build 62 of the car in American-spec left-hand-drive.

The car's top bid soared to $400,000 within four hours of being published to the consignor's site, with almost one week until the auction's expiration. That gives it plenty of time to surpass the record selling price for a 2000GT: almost $1.2 million.