It’s the first Japanese classic to ever break $2 million. 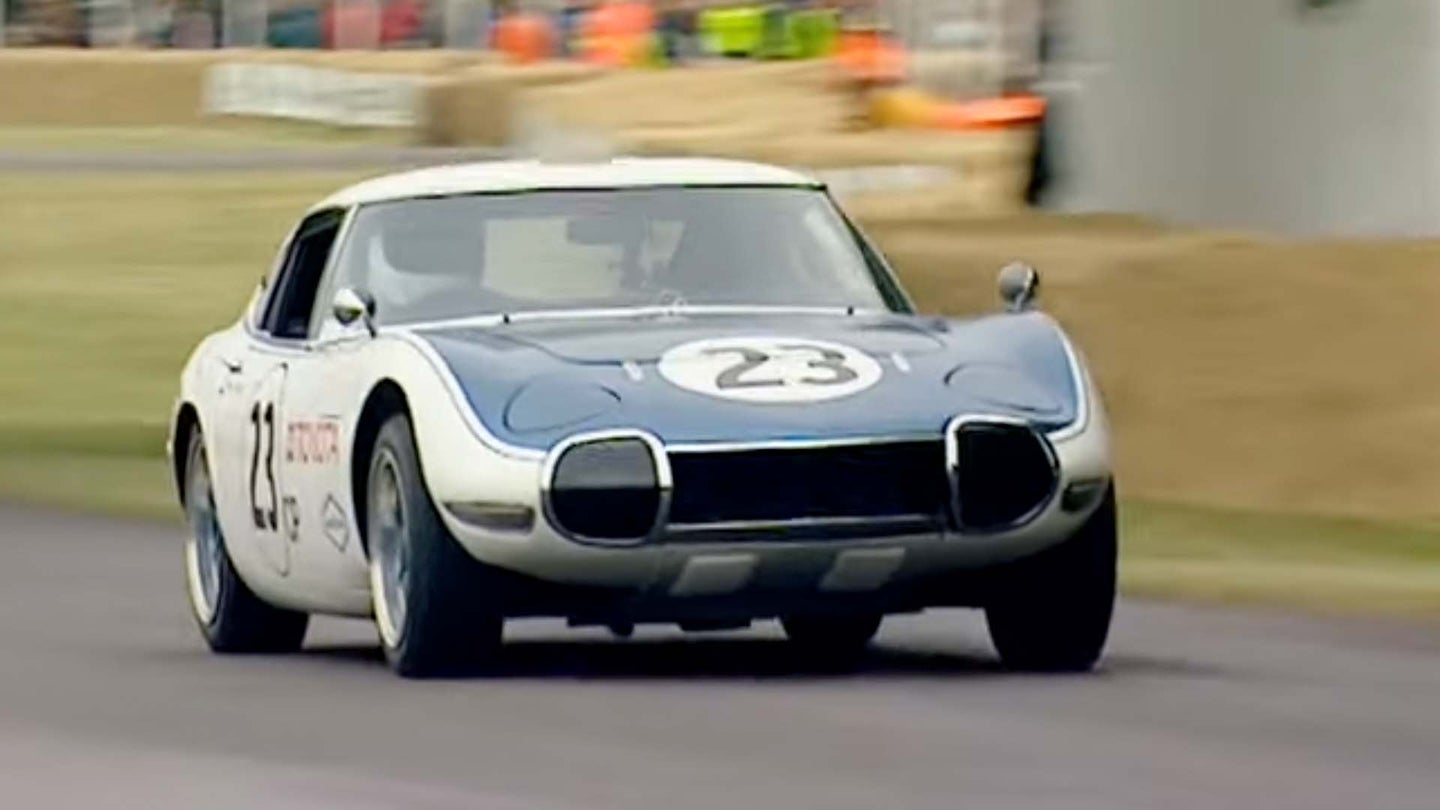 Amelia Island's Concours weekend is always down to match up would-be buyers and their eye-watering sums of money with some of the most desirable cars ever to roll out of a factory. This past weekend, it proved that statement with a new price record. This Shelby-built Toyota 2000GT is now the most expensive Japanese car ever sold at auction at a staggering $2,535,000.

The car is a stand-out rarity among the already rare 2000GT line, mind you. This specific example is one of just three ever prepared by Carroll Shelby for C-production class racing in SCCA, which it competed in the 1968 season of, and it's the first 2000GT to actually get a serial number (MF10-10001).

The car underwent a frame-off restoration in the '90s and since then, it's competed in dozens of classic car and exhibition racing events, including a run up the hill at Goodwood Festival of Speed and a first in class show prize at Amelia Island in 2017. Throw in the fact that there were only 351 2000GTs ever made at all, and it's an exceedingly rare and desirable car even by the sky-high standards of Amelia Island.

The previous high-sales record for Japanese-made cars was interestingly not a classic at all. Instead, it was the first-ever production model of the fifth-generation Supra, which fetched $2.1 million in an auction for charity. The Supra's much older brother blasted past that record by about $400,000, putting it at fourth on the Gooding & Company's auction leaderboard for the weekend. It still trailed a 1937 Talbot-Lago T150 that sold for over $13 million, as well as a Porsche 718 RSK and a '54 Bentley R-Type Continental.

Still, selling a 2000GT for two-and-a-half million bucks has more than proven that at long last, Japanese classic cars are worth big money and auction headlines.

Built by Toyota engineers and prepped for racing by Carroll Shelby, this super-rare car will likely break some records.

It’s red now but not even Toyota is sure of this particular 2000GT’s original paint color.