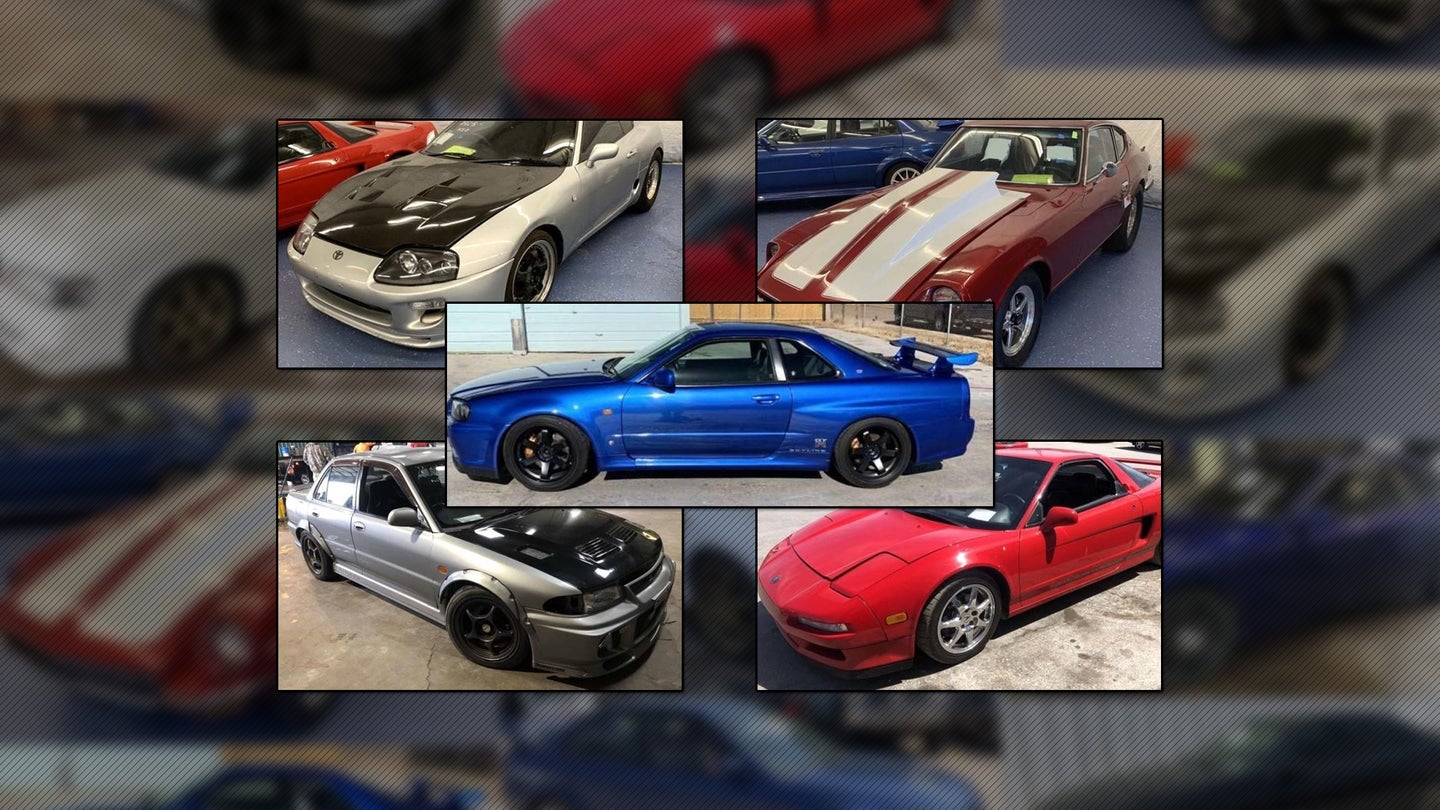 According to local news, Vang was convicted of smuggling 1,500 pounds of California quality pot into Oklahoma for resale. Vang was also charged with money laundering, which he was accused of funneling through his tuner shop, Vang’s Dyno Performance. As a result, he would forfeit seven residential properties, his business, and 28 vehicles.

U.S. Marshals have put Vang's forfeited car collection up for auction, which includes quite a few rarities that you could be interested in like a plethora of imports that you’re unlikely to find anywhere else.

The collection includes both a modern-day Nissan GT-R, as well as its older brother, the coveted R34 GT-R. A Mitsubishi Lancer Evo III and Evo VI Tommi Makinen GSR are included in the lot, as well as two MK4 Toyota Supras, a Toyota Soarer GT-T, a twin-turbo FD RX-7, and other various cars which will tickle a tuner's fancy.

The auction will run from March 18 until April 1 and is available to bid online only. So whether you're looking for the car of your dreams, a daily driver, or even a dump truck, there's probably something in this lot you'll like.