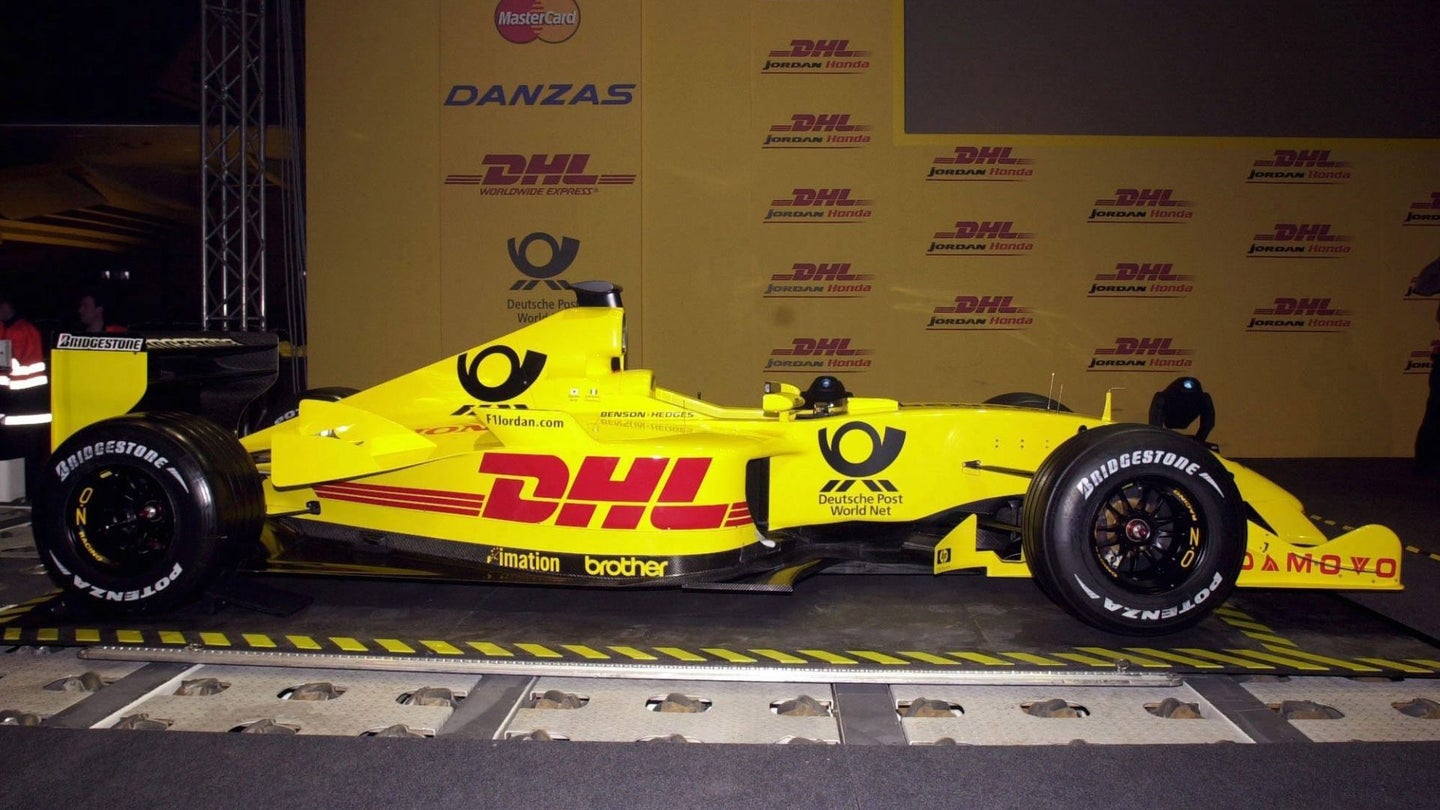 A historic Formula 1 car built by Jordan Grand Prix F1 Team for the 2002 season just popped up for sale in atypically good condition—and it's actually drivable.

Chassis number one of the Jordan EJ12 popped up for sale on Friday via Race Cars Direct. According to the car's listing, this chassis was driven by eventual Indianapolis 500 winner Takuma Sato during a pre-season shakedown, before being displayed at Jordan's 2002 livery reveal in Brussels, Belgium. Pictures show that the car is signed by Eddie Jordan, the eponymous team's founder.

During the Ferrari-dominated 2002 season, the EJ12 managed in the hands of Sato and Giancarlo Fisichella to achieve five points finishes, at a time when the scoring system only rewarded top-six finishers. This placed the team sixth in the constructors' championship, dead center in the field of 11 teams.

Back then, F1 was a series that utilized only V-10 engines, and the power plant in the back of this Jordan is a 3.0-liter naturally aspirated Honda unit. This engine made over 830 horsepower and revved to more than 18,000 rpm, making a noise that's still mourned by F1 fans today.

Again, this Jordan is a running, driving example, but...there's no V-10. Honda doesn't let its F1 engines—even the ones that are generations old—fall into private hands (even that Honda F1 car masquerading as Mercedes-AMG doesn't have the real deal). This Jordan is instead powered by a Judd KV, a 3.0-liter racing V8 that was used for Formula 3000 cars of the era. De-limited, this engine can spin all the way up to 10,500 rpm, and make as much as 520 horsepower. So, this Jordan is still nothing short of a rocket with the Judd in the back.

If you're a purist who insists on owning an F1 car with an F1 engine, you might want to instead cozy up with Ferrari. They let you "buy" their historic F1 cars and take them out for track days, though it insists on taking the cars back to Maranello when you're done. On the plus side, that means they do all the wrenching, but on the minus, you can't walk your drinking buddies out to your garage to show off your race car.