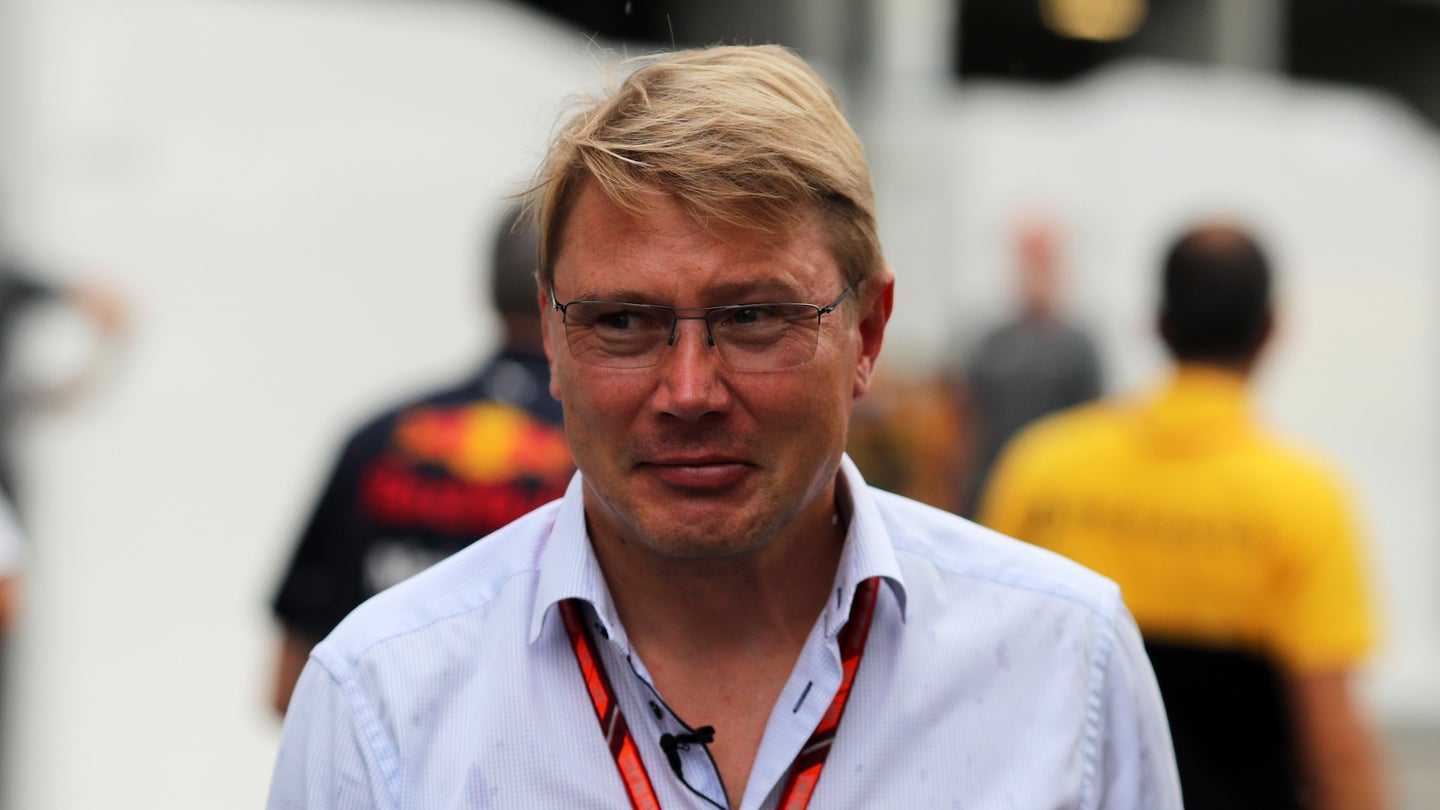 McLaren announced Tuesday that two-time Formula 1 world champion Mika Häkkinen will drive for the British outfit for the first time in 18 years at August's Suzuka 10 Hours.

Häkkinen made his mark in F1 with McLaren, going toe-to-toe with the legendary Michael Schumacher to take his pair of titles in 1998 and 1999. His performance would dip in the following years due to McLaren losing some of its competitiveness, and with it, his interest in F1 dipped, resulting in an announcement that Häkkinen would take a "sabbatical" during the 2002 season.

Said sabbatical turned into retirement when Häkkinen informed McLaren that he wouldn't return to F1, and the "Flying Finn" has since been seen only occasionally behind the wheels of McLarens in a professional capacity, and never in an actual race.

But this August, Häkkinen will rejoin McLaren for a crack at the Suzuka 10 Hours, where the popular driver will share a McLaren 720S GT3 with double Super Formula champion Hiroaki Ishiura and Katsuaki Kubota, a Japanese Formula 3 driver. This race will be held on the weekend of August 23-25 and is the fourth event on the Pirelli-sponsored Intercontinental GT Challenge calendar.

The 720S GT3, which made its competitive debut in late 2018, has already demonstrated itself as a promising piece of equipment in the highly competitive FIA GT3 category, arguably the world's most popular GT racing spec. It took its first pole position and race win this March at a support event for the 2019 Australian Grand Prix, and in the hands of Häkkinen, one can't help hoping for a similar performance in Japan this August.