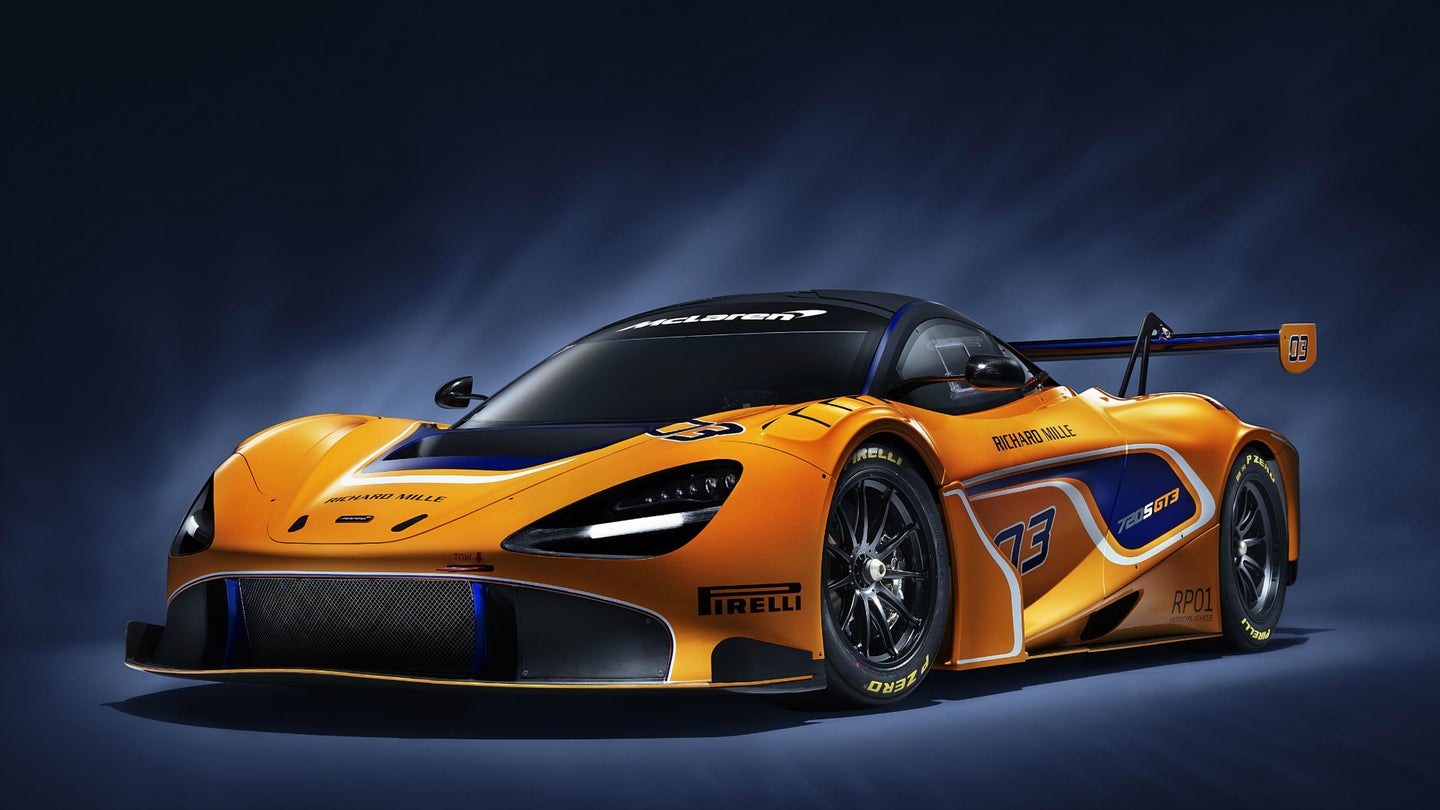 Topline: Track testing for McLaren Automotive's new customer racing division developed 720S GT3 is well underway as it goes through intensive testing at tracks in the U.S., Europe, and the Middle East prior to its entry into major GT3 championships in 2019.

What's New: While the new 720S GT3 shares the immensely stiff carbon-fiber MonoCage II chassis structure with the 720S road car, more than 90 percent of components have been changed or optimized to meet the performance requirements of the GT3 version.

The combination of changes to the bodywork, aerodynamics, and suspension along with a revised gearbox, new braking system, and racing tires from Pirelli, the 720S GT3 is designed to deliver a significantly enhanced car to race on the most demanding circuits around the world. The aerodynamics of the 720S road car have been further developed to provide greater stability and aerodynamic efficiency at race tracks. Lightweight carbon-fiber and composite body panels are all unique to the 720S GT3 while a bespoke splitter, floor assembly, and dive-panes distinguish the race car from the road car up front. Like all race cars designed to compete in the GT3 class, the tail of the 720S gets an aerodynamically optimized GT3-specification rear wing.

Similar to the McLaren 720S hypercar, the 720S GT3 is powered by a race-prepared version of the M840T 4.0-liter twin-turbocharged V8, which is enhanced to deliver both an improved torque curve for traditional racing and greater fuel efficiency for endurance racing. The engine is paired to a six-speed sequential paddle transmission with a new electronic shift actuator which increases shift-speed, usability and reliability. An extremely adjustable Salisbury-type limited slip differential, cockpit-adjustable traction control, and anti-lock brake driver aids helps to keep the 720S GT3 planted to the racetrack.

For maximum performance and longevity, a new braking system comprises an optimized brake caliper design and enhanced brake cooling. A new rear suspension geometry is matched with four-way adjustable dampers and coil-over springs to provide the required aerodynamic optimization to ensure balanced handling and improved corner entry stability. Even the driveshaft and wheel hubs are race-optimized and a fast-change, center-lock wheel design reduces the time required for tire changes during pitstops. An air-jacking system is also built-in for additional convenience.

Quotable: "The McLaren 720S is such a multi-talented road car that we always knew honing its pure racing talents and making a GT3 car out of it would be an entirely natural process - and so it has been. While largely a bespoke machine, the GT3 car is still a McLaren 720S at its core. Developing a race car is about optimising every component and the lightweight MonoCage II carbon-fiber chassis is the perfect base for this," said Dan Walmsley, motorsport director, McLaren Automotive.

"It was an incredibly exciting moment for us to see our new 720S GT3 begin the intensive track-based phase of a development programme that we are confident will provide our customers with a first-class GT race car," said Mike Flewitt, McLaren Automotive chief executive officer. He went on to say, "enabling our customers to go racing is integral to the business strategy of McLaren Automotive and we are committed to supplying teams with exceptional GT cars and the world-class support to get the most out of them."

What You Need To Know: In order to provide an exceptional driver environment like the 720S road car, the 720S GT3 comes fitted with an adjustable pedal-box as well as adjustable steering wheel positions. For additional safety and convenience, the 720S GT3 features a rear-view camera and radar system with dash display and tire pressure monitoring system (TPMS) as options. 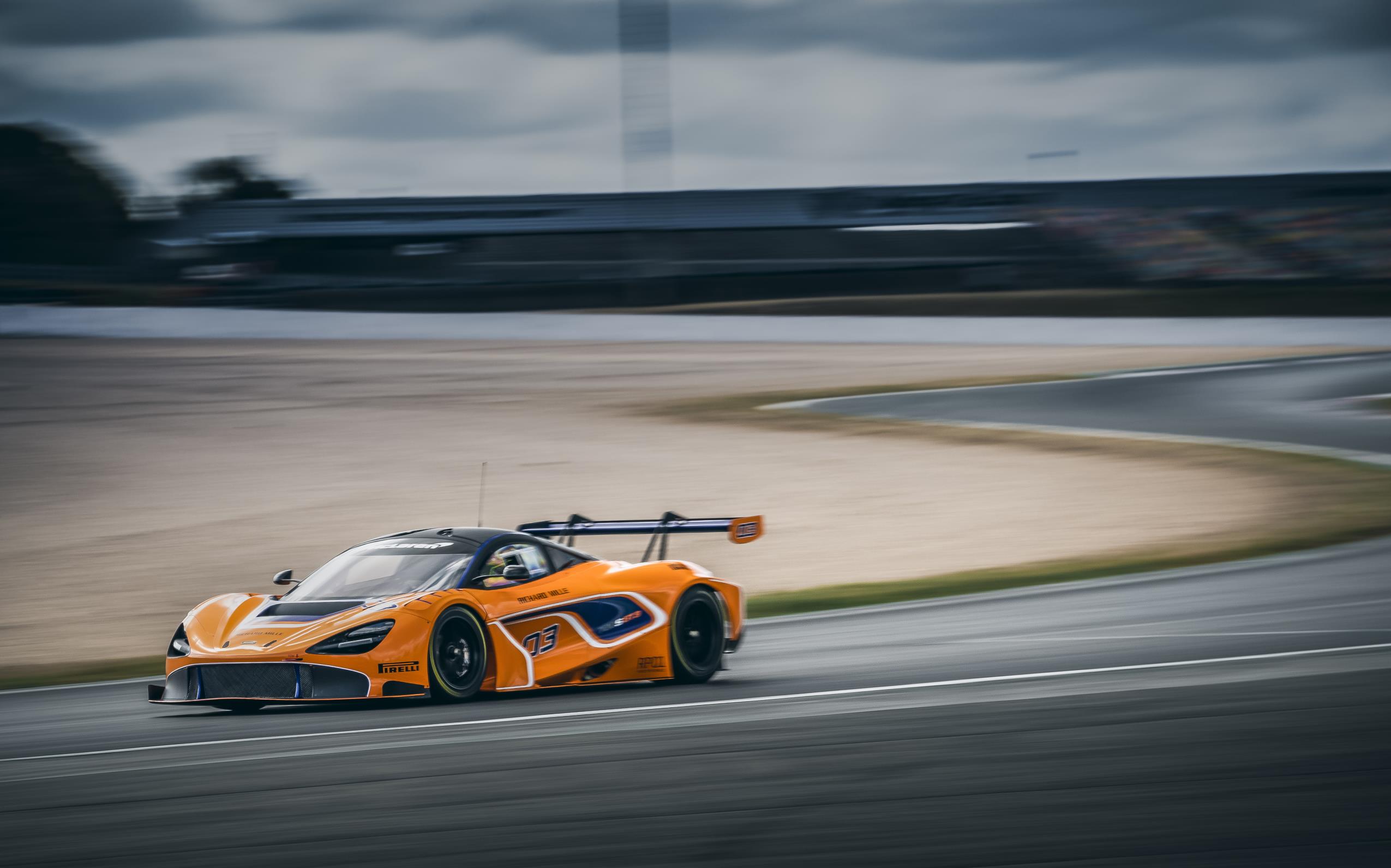 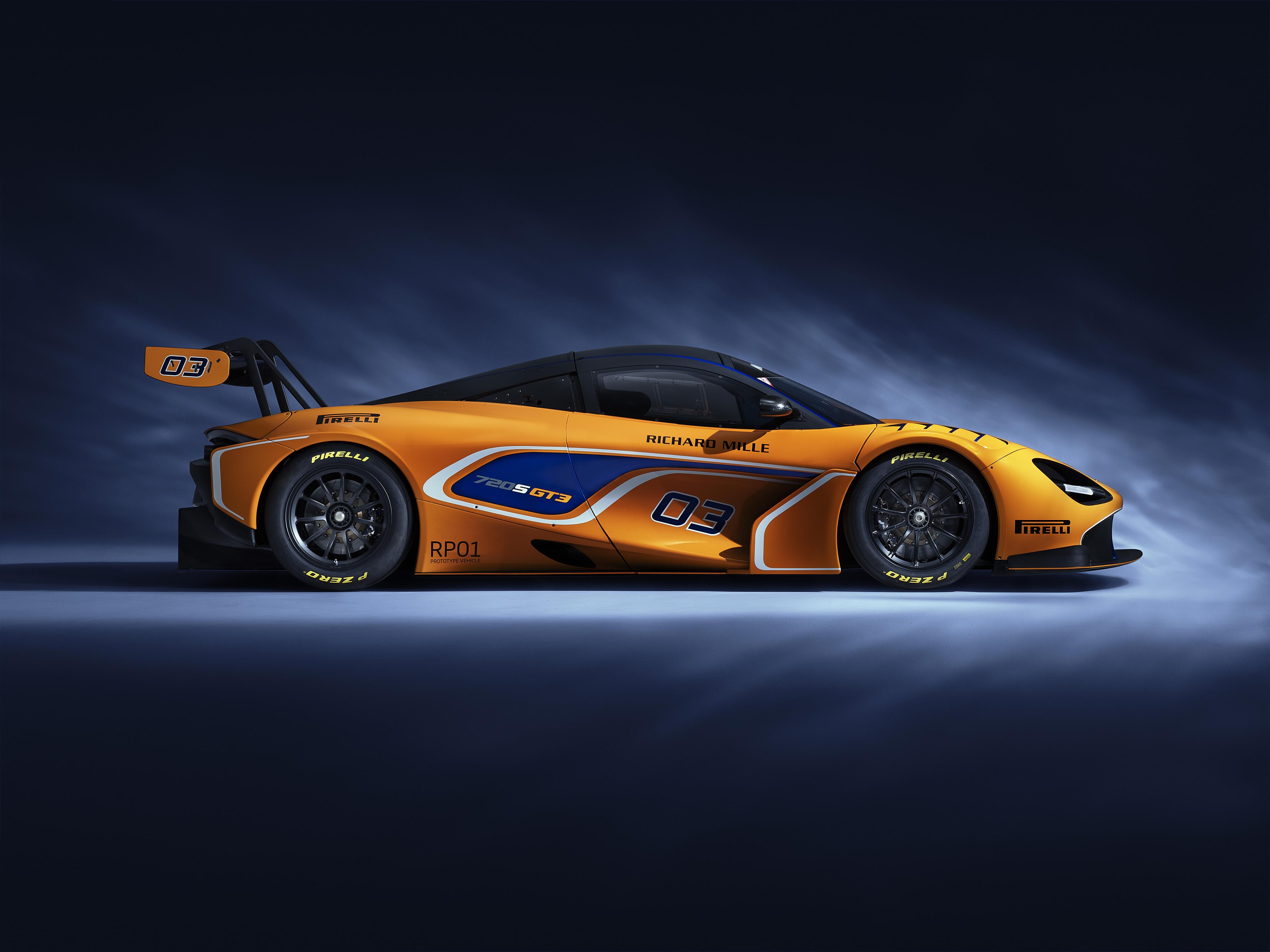 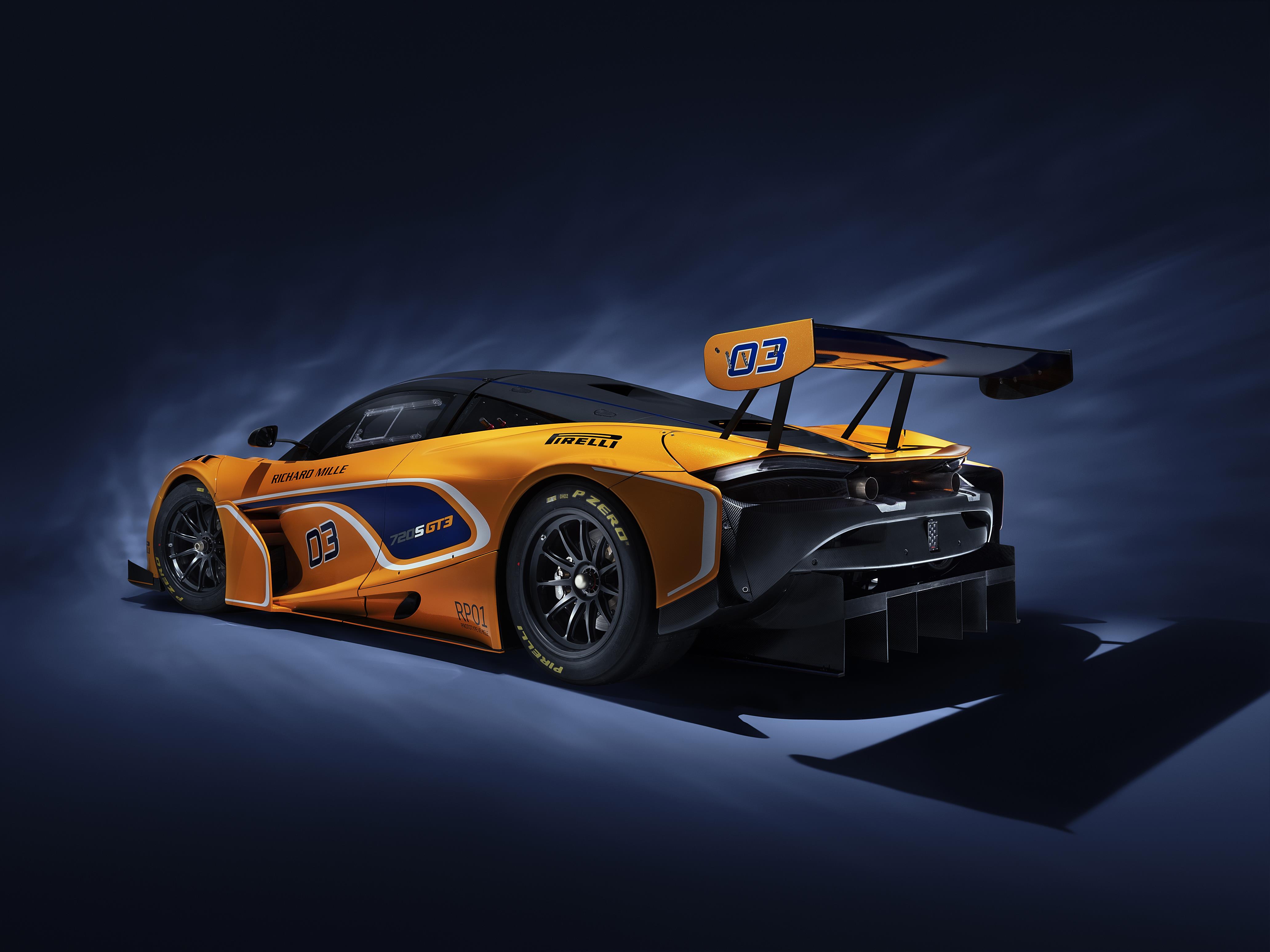