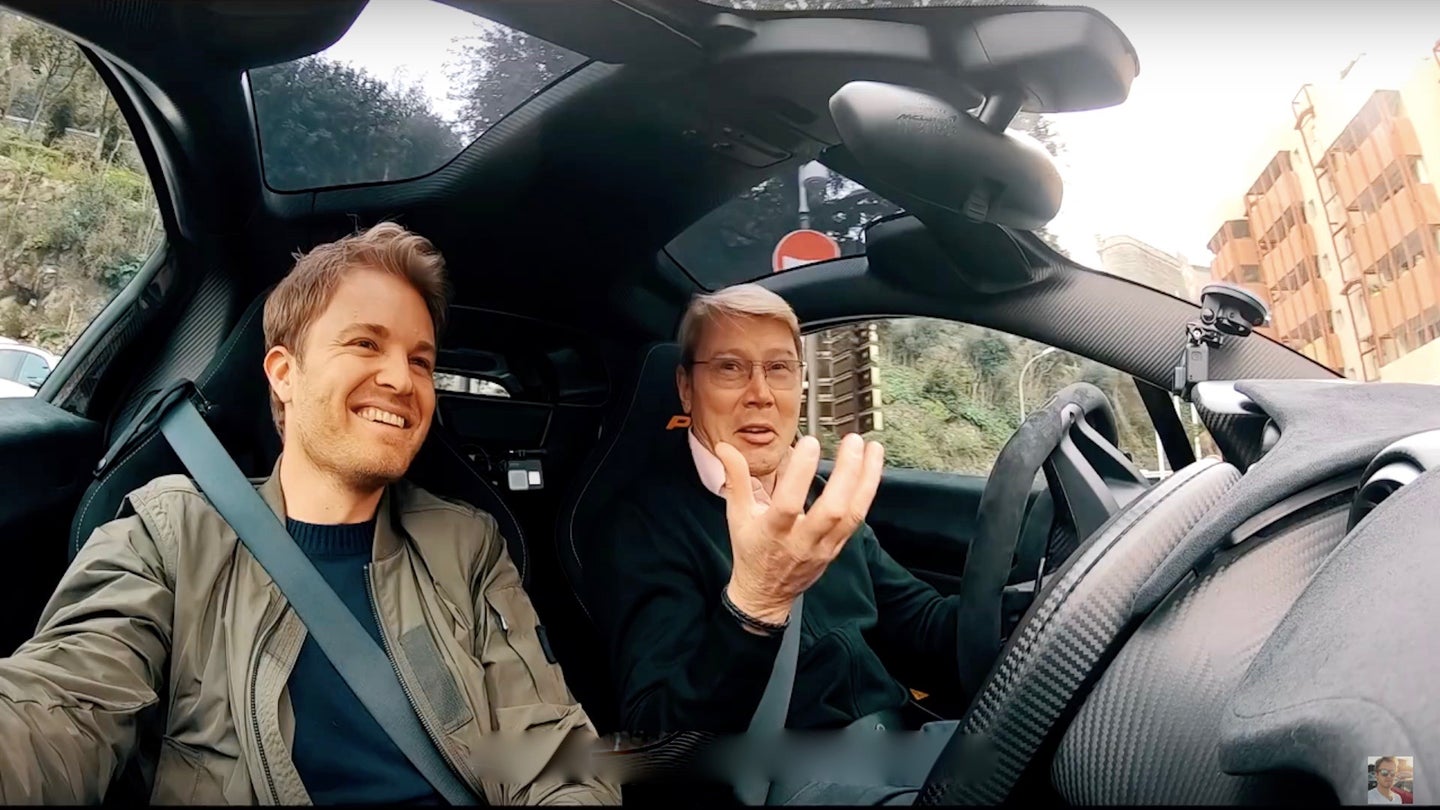 Rosberg and Hakkinen may be two of Formula 1's most popular names, but at the same time, they're also two of Formula 1's classiest and most gentleman-like champions. As a result, most would think that bringing these two together in a car video would result in a yawn-worthy time, but as it turns out, that couldn't be further from the truth.

Nico Rosberg, the 2016 Formula 1 world champion met up with Mika Hakkinen, the 1998-1999 Formula 1 world champion, to enjoy a boys' day out in the hills around Monaco. Of course, they weren't going to do so in an electric scooter, although Rosberg does ride one at the beginning of the video, but in a much more special machine—Hakkinen's experimental-spec McLaren P1.

After exchanging salutations, the Finnish F1 champ fires up his McLaren and heads out onto the busy Monegasque streets, but not before activating the P1's fully electric mode inside the underground garage. You know, to keep the noise disturbance to a minimum—don't want to wake up the neighbors.

The eight or so minutes that follow are pure gold in the sense that nothing of what the duo does is expected. Perhaps it's the fact that the internet is filled with so many car videos nowadays that it's nearly impossible to find an original angle to a car video, but leave it up to a German and a Finn to come up with an enjoyable, light-hearted, and even funny piece of driving footage.

Sure, the McLaren is cool, but the chemistry between these two is pure gold.

This is the kart that kicked off the two-time Formula 1 world champion’s illustrious racing career.