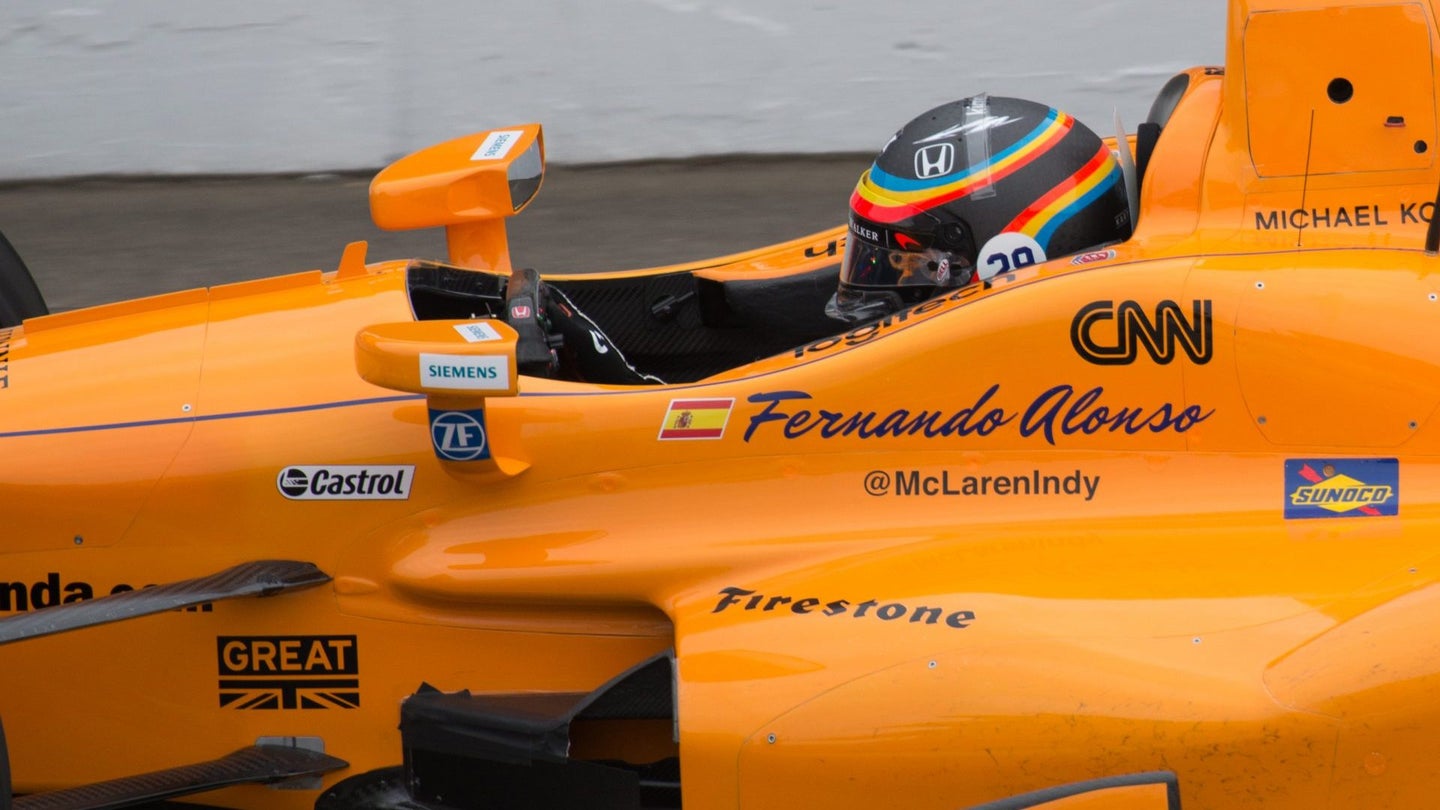 At this weekend's Dual in Detroit, officials from McLaren will meet with IndyCar teams interested in forming a partnership with the racing and tech conglomerate.

McLaren CEO Zak Brown and others from the team along with retired IndyCar driver Gil de Ferran (currently a special advisor to the team) will be present for the meetings.

"Gil and I and a few more McLaren people will be in Detroit [for] meetings," stated Brown to Racer. Brown did confirm no deals would be signed over the weekend, stating, "no decision this weekend and no firm timeline."

When McLaren's full-time IndyCar aspirations became apparent after Fernando Alonso's one-off entry at the 2017 Indianapolis 500, partnership with a Honda-powered team looked certain, to mirror the team's Honda ties in Formula 1 at the time. Due to underpowered, unreliable engines endured by McLaren since 2015, the team threw away its Honda engines, opening up partnership with Chevrolet-powered teams.

Nevertheless, the teams closest to McLaren are thought to include Honda engine users Andretti Autosport and Rahal Letterman Lanigan Racing. Andretti was McLaren's partner team for its Indianapolis 500 cameo last year, and was receptive to the idea of working with the team further.

"We think McLaren would be a valuable addition to the IndyCar paddock," an Andretti spokesperson told The Drive earlier this month. "Our partnership for the 2017 Indy 500 proved to be successful and we would welcome the opportunity to work with them again."

Rahal was coy when asked two weeks ago, but has since opened up.

"Regarding McLaren, Zak’s obviously a friend, and many people may not know we were asked to run their Indy program last year," stated Bobby Rahal to Racer. "We didn't know who the driver was, but we didn't have enough people or equipment, so we had to decline."

"Would we like to be involved with McLaren? Who wouldn't? But I think that just by having that year of experience together, Andretti’s the favored choice."

Australian Will Power drove an aggressive, yet patient, race in Indianapolis to become the 2018 Indy 500 Winner.