McLaren Is Looking at IndyCar for 2019

An appearance at the 2018 Indy 500 for McLaren is an option that is being discussed as well. 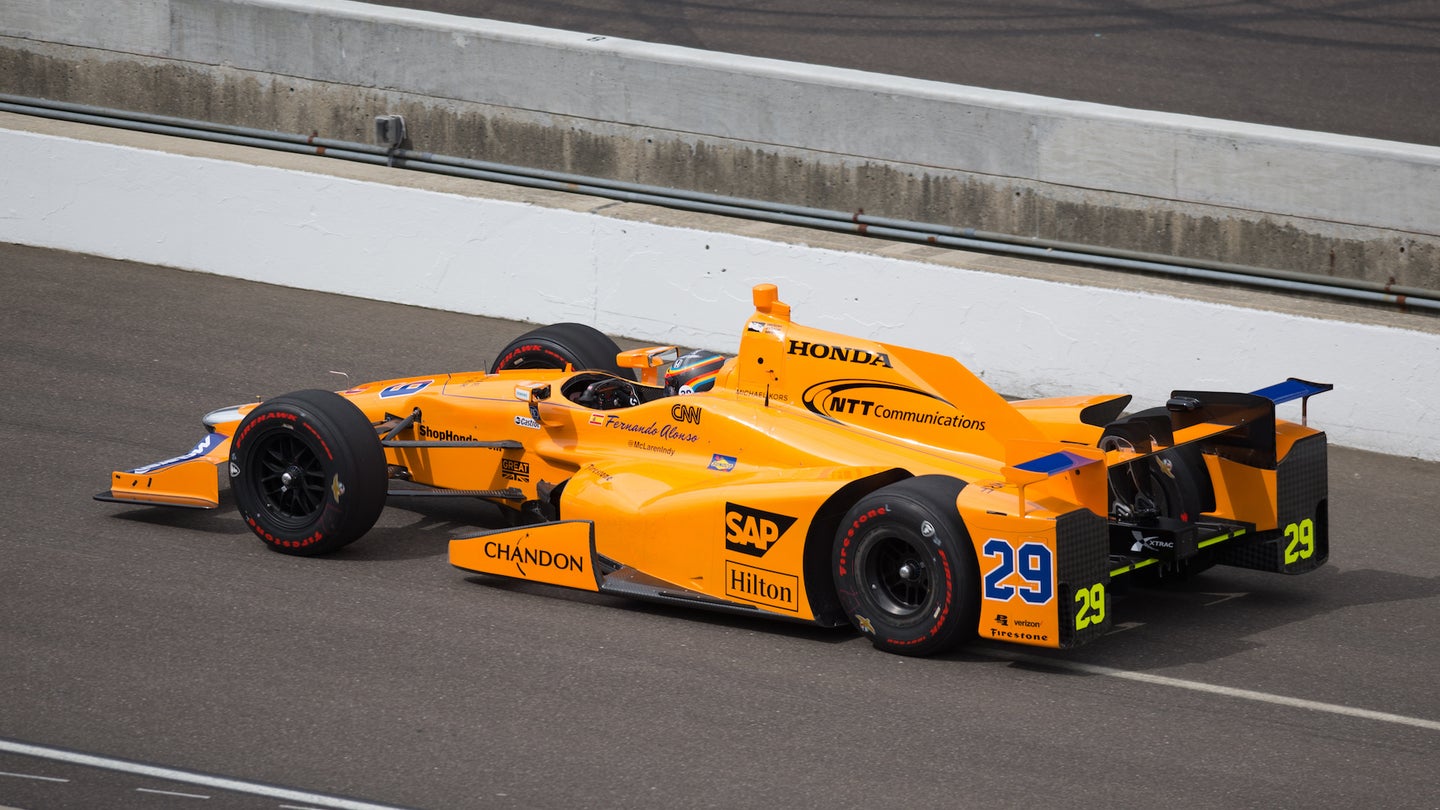 Regardless of where Fernando Alonso moves or doesn't move for 2018, it seems that McLaren is eyeing a factory effort in IndyCar starting in the 2019 season, according to Spanish sporting website Mundo Deportivo. There are a lot of variables in this equation, but there is one piece of compelling evidence that points to this being more realistic than pure speculation.

The biggest piece of this puzzle is McLaren's relationship with Honda. If its relationship in Formula One continues, the chance of McLaren showing up in IndyCar as a factory team is greatly increased. Honda is one of two current engine suppliers in IndyCar. If McLaren and Honda are working happily together in Formula One, setting up an IndyCar program with Honda power is easy to do, and might come at a good price.

McLaren has said time and time again that it wants Honda engines. Yes, everyone hoped McLaren-Honda would be doing much better in Formula One this year. Progress has been made in the last several races, but if it is enough has yet to be seen. So what happens if McLaren and Honda break up?

If McLaren and Honda part ways in Formula One, the two will probably not be too keen to start an IndyCar program together. McLaren could still go with IndyCar's other engine supplier, Chevrolet. Doing that might not land the same deal as it could have gotten had McLaren continued with Honda in both series. No disrespect to Chevrolet and its IndyCar engine as it's very good, but "McLaren-Chevrolet" just sounds like a crime against nature.

McLaren's hypothetical non-Honda engine supplier for F1 may also be concerned about McLaren accidentally sharing data with its IndyCar engine supplier. That would be more of a concern if Mclaren was using Honda power in IndyCar while Honda still had an F1 program. Let's say McLaren switched to Mercedes power in Formula One and was using Honda engines in IndyCar. Mercedes might not be very happy about folks from Honda working down the hall. That might be too much of a liability for Mercedes, who could contractually stop McLaren from running in IndyCar.

In reality, it comes down to if McLaren really wants an IndyCar program. In all the Alonso-hype leading up to this year' Indy 500, McLaren expressed an interest in running a full season at some point in the future. It would seem that they still actively looking at doing it.

IndyCar CEO Mark Miles was recently interviewed by Mundo Deportivo. On the subject of McLaren coming to IndyCar, he had something very interesting to day. Miles says McLaren CEO Zak Brown is working to make it happen.

"We know there are options for McLaren to return to the Indianapolis 500 next year with Andretti Autosport, and McLaren remains interested in being a Verizon IndyCar Series team full-time," said Mark Miles. "Probably not for the year 2018, but maybe for 2019. Brown keeps asking questions about our calendar."

One other factor may be Andretti Autosport's relationship with Honda. A McLaren partnership with Andretti Autosport would potentially provide access to years of data, technical experience, and personnel. This would make McLaren competitive right out of the box. It benefits Andretti Autosport as well, by having more cars in their stable. There is talk in IndyCar that Andretti Autosport may switch to Chevrolet power. An engine switch on Andretti's part could complicate matters but doesn't make it impossible for McLaren to join IndyCar

Starting in 2018, IndyCar's chassis and body kits will come from Dallara. After getting an engine and all the other related parts from either Honda or Chevrolet, there isn't much more for the team to do as far as constructing a car goes. By design, the series is fairly plug-and-play and will be even more affordable starting in 2018. That is a big plus for McLaren, with or without Andretti Autosport.

We should have an answer about the future of McLaren and Honda in Formula One in the not too distant future. After that, we'll see how the rest of the pieces come together for McLaren's potential IndyCar team.

McLaren to Decide on Engine in Next 4 Weeks

With rumors of a deal with Renault in the works, time is running out for a decision to be made.