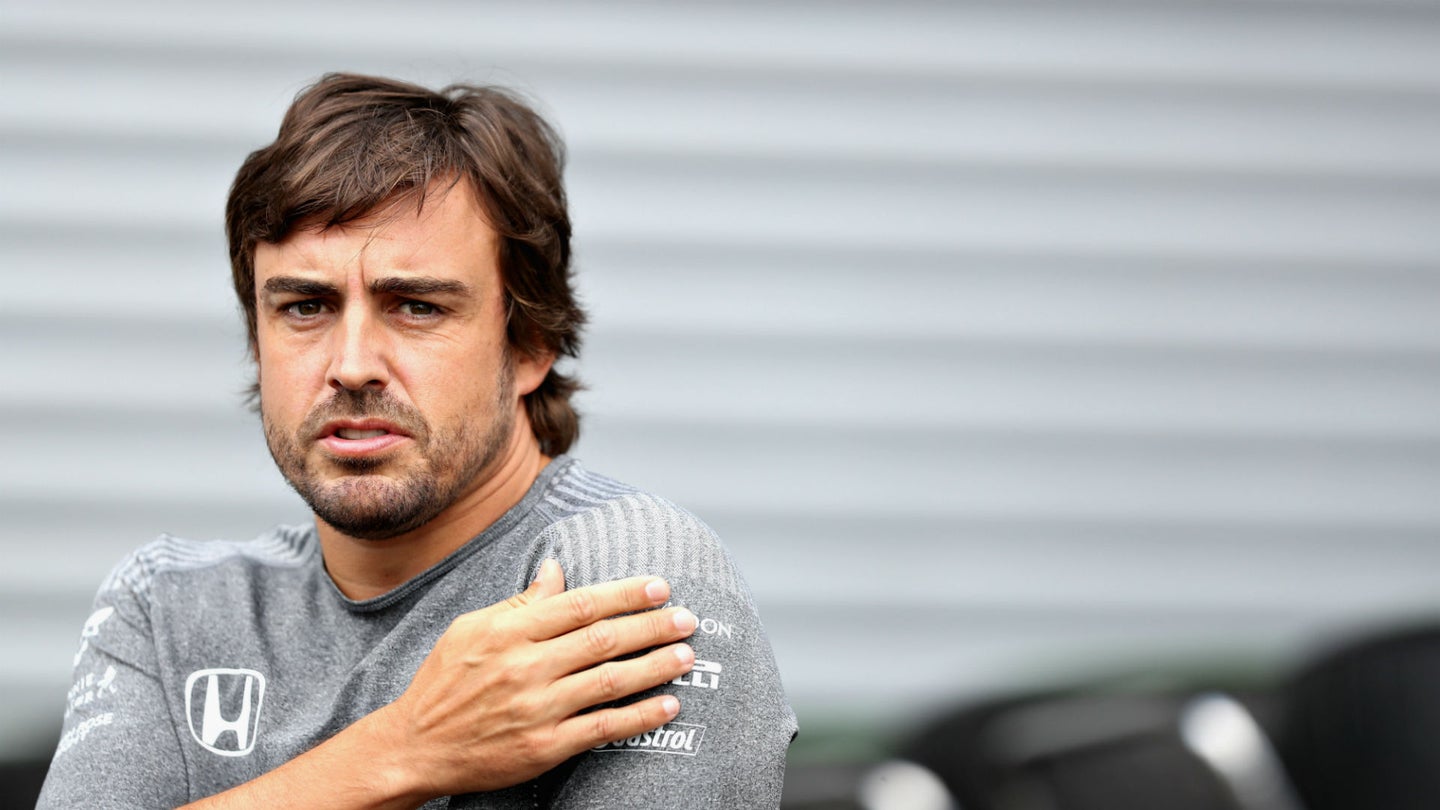 Fernando Alonso has expressed his frustration with his McLaren-Honda situation time and time again this year. After two losing seasons with the team, his third has pushed him to a point of giving team bosses deadlines and now, as Auto Motor und Sport reports, an ultimatum. In a recent meeting with McLaren chiefs, Alonso allegedly told them "it's Honda or me", forcing McLaren to double down on its decision for next year.

The two-time world champion currently leads Formula One in DNFs this season, and has made his point clear that he is unhappy with his car's unreliability and lack of power.

At Sunday's Belgian Grand Prix, Alonso retired from the race claiming an "engine problem" over the team radio. He pulled to the pits to sit out for the remainder of the contest, which led Honda to perform an investigation on the engine. Studies showed that there were no issues with the powerplant, leading them to believe Alonso left the race on purpose.

Auto Motor und Sport reports that McLaren could drop out of its contract with Honda without facing any consequences. However, it would leave them without an engine supplier for next season as the team failed to reach a customer agreement with both Mercedes Benz and Ferrari earlier in the season. The only other option would be Renault, and as Max Verstappen's RB13 has proven, things aren't much better in that regard.

Talks of Alonso possibly relocating to a team like Williams have surfaced as well, and he admitted last week that he has received offers from rival F1 outfits. 'Nando also claimed that his "stock is higher than ever", further leading McLaren to believe he could be on the move come 2018.

"There has to be a change," Alonso told Spain's El Mundo Deportivo. "I think there are answers out there, but we have to find them -- and they won't come from looking at the sky. We have to sit down and work and hope to find the best solution for next year."