McLaren-Honda and Renault Are Preparing for a Rough Weekend

Equipped with second-rate engines, both Renault- and Honda-powered teams aren't expecting much from their Italian Grand Prix weekends. 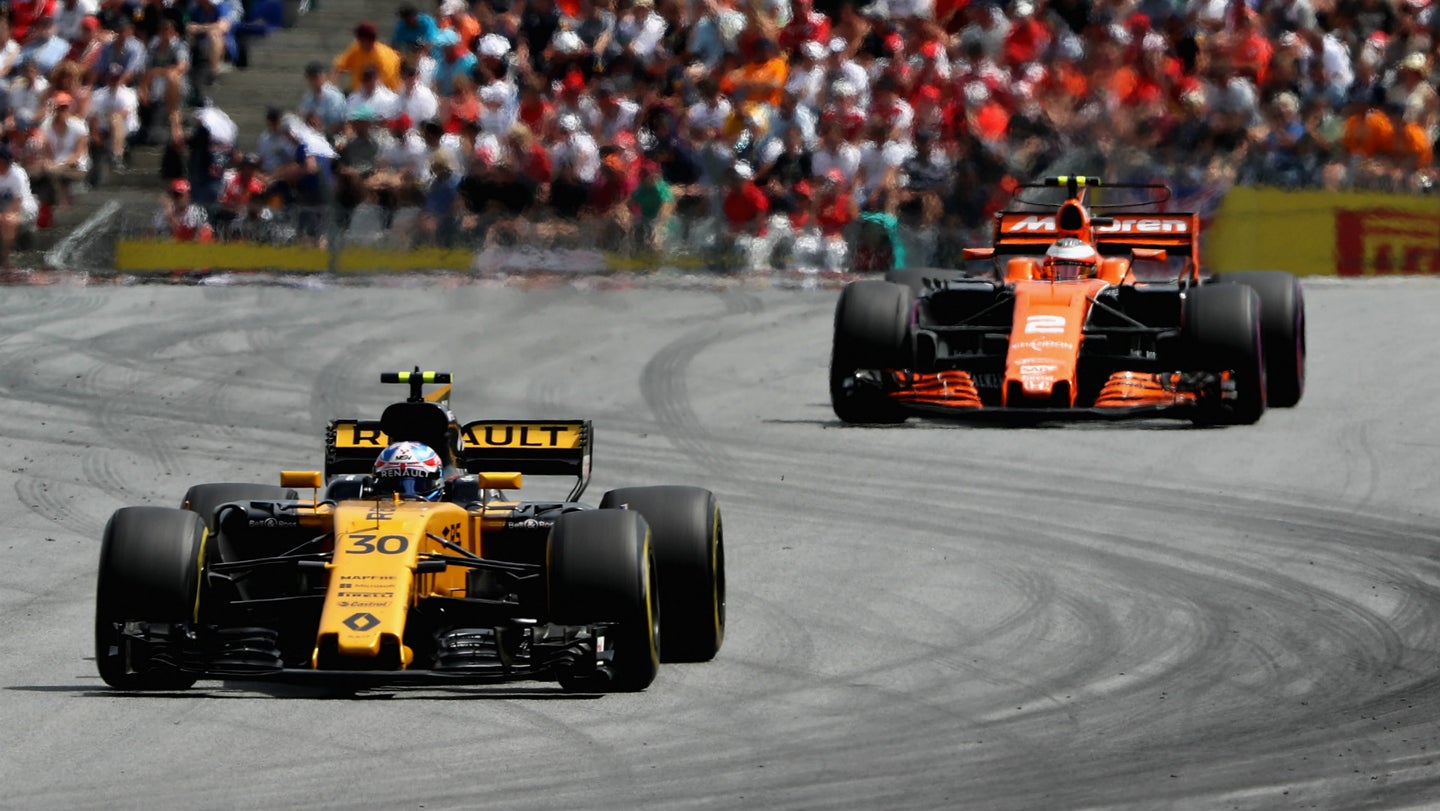 While Renault and Honda's Formula One engine projects are underway at full steam, they are still considerably behind the leading Ferrari and Mercedes engines. This weekend's Italian Grand Prix at Autodromo Nazionale Monza should be a challenge for McLaren-Honda and all three Renault-powered teams—including Renault themselves, Scuderia Toro Rosso, and Red Bull Racing. The six teams using Ferrari and Mercedes engines, and their attendant horsepower advantages, will have superior straight-line speed at the famously fast track, in addition to the ability to carry more downforce, with drag being less of a disadvantage than on cars with weaker engines.

Last Tuesday, we reported on how Toro Rosso anticipates this weekend to go, with team principal Franz Tost concerned about his team's disadvantage in straight line speed.

"I expect problems in Spa and Monza because they have such long straights where you simply need the engine power and we all know that we are down there a little," said Tost in an interview with Autosport.

Over at Renault, expectations remain cautiously optimistic. The team's gradual chassis updates have permitted the team to score a pair of P6 finishes in the last three races, but they expect their competitive streak to be interrupted by the lengthy straights of the Italian circuit. Not only will their car's pace be lacking, but they have some concerns about reliability as well, with Max Verstappen of the TAG-branded, Renault-powered Red Bull car enduring five engine failures in the season's dozen races so far.

"Monza is one of the most demanding races on the engine due to its frequent and prolonged high-speed straights and curves," said Cyril Abiteboul in an interview with GPUpdate. "We have to approach the weekend with a sense of caution as we know the remaining races after this weekend should be more favourable for us. It will be about seeing how we go about this to get the most out of the car. Our aim remains to get both cars in the points to keep gaining ground on the teams above us."

If Renault meets their goal of a double points finish at Monza, it would also be Jolyon Palmer's first points finish of the season, and would give him a bargaining chip with his team, which has been looking at replacement drivers for months now.

Over at the troubled McLaren-Honda end of the pit lane, hopes for the weekend are mixed, with the weekend written off for Fernando Alonso as a time to take engine penalties, but chalked up as an opportunity by Stoffel Vandoorne.

"Spa was definitely a tough race for us, and we've always identified Belgium and Italy as two difficult weekends for us," said Vandoorne in an interview with GPUpdate. "It was hard to manage our pace with the rest of the pack on the straights, and we're preparing ourselves for the same thing at Monza. As usual, the important thing is qualifying, but it's in the race where we need to work on our pace and make sure we can maintain our position throughout Sunday afternoon."