The Canadian Grand Prix Proved the Honda Engine Is Unsafe

Uncompetitive, we already knew—but the hazard of the Honda engine is now fully apparent. 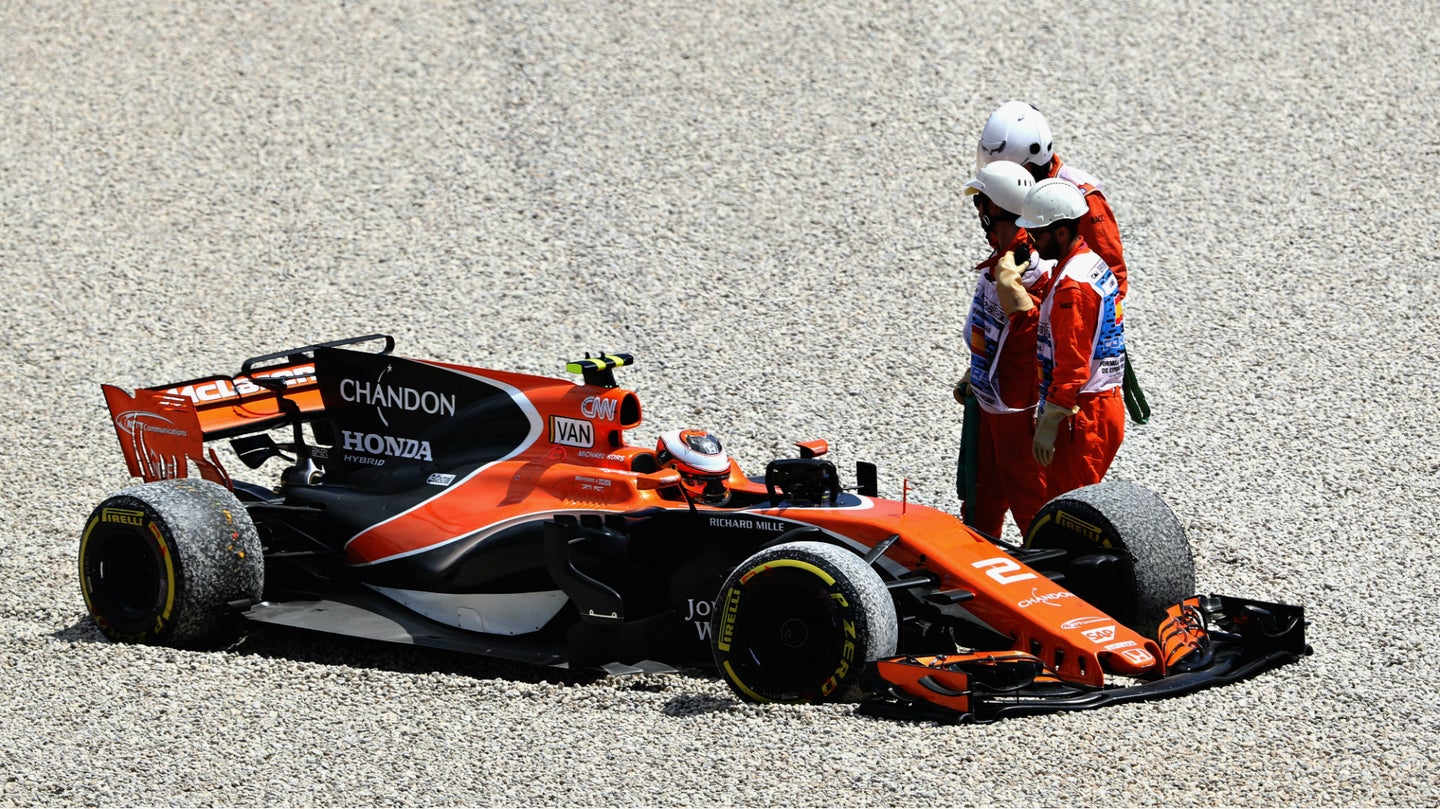 Things for McLaren-Honda were bad enough before this weekend of the Canadian Grand Prix. McLaren, as a response to their engine partner's repeated empty promises, is trying to find a way out of their contract with the Japanese auto giant, and is banking on Honda cutting its losses by severing ties with the Woking-based team. As of the end of today's high-action race, however, the situation is even worse, with McLaren driver Fernando Alonso calling the closing speeds of cars tailing the Honda-powered McLarens dangerous. Speed traps at the end of the straights recorded Alonso's car reaching a maximum speed of 197 miles per hour, and his teammate Stoffel Vandoorne, at 205 miles per hour, presumably assisted by DRS, whereas the leading Ferrari was recorded at 213 miles per hour.

Canada is not the first race at which closing speeds between cars have been a problem. At the Spanish Grand Prix, there was an incident between Vandoorne and Williams Martini Racing driver Felipe Massa that resulted in the retirement of the McLaren of Vandoorne. On lap 36, Vandoorne led Massa onto the pit straight by a healthy margin, and after checking his mirrors part way down the straight, he deemed Massa too far back to make a move on him in the first corner. Massa's Mercedes-powered FW40, however, closed the gap with Vandoorne's MCL32 before the braking zone, and the unaware Belgian turned in on Massa, the resulting collision breaking his suspension.

The power isn't the only problem for the team, and today, reliability became the team's number one bugbear. McLaren lost a chance to score their first championship points of the season when Alonso's MCL32 grumbled to a halt less than two laps from the end of the race.

McLaren is so desperate for an out that SkySports F1 commentator Martin Brundle even alleges that the team is willing to be a Renault customer team next year. They may really be willing to do anything to get away from Honda by now.