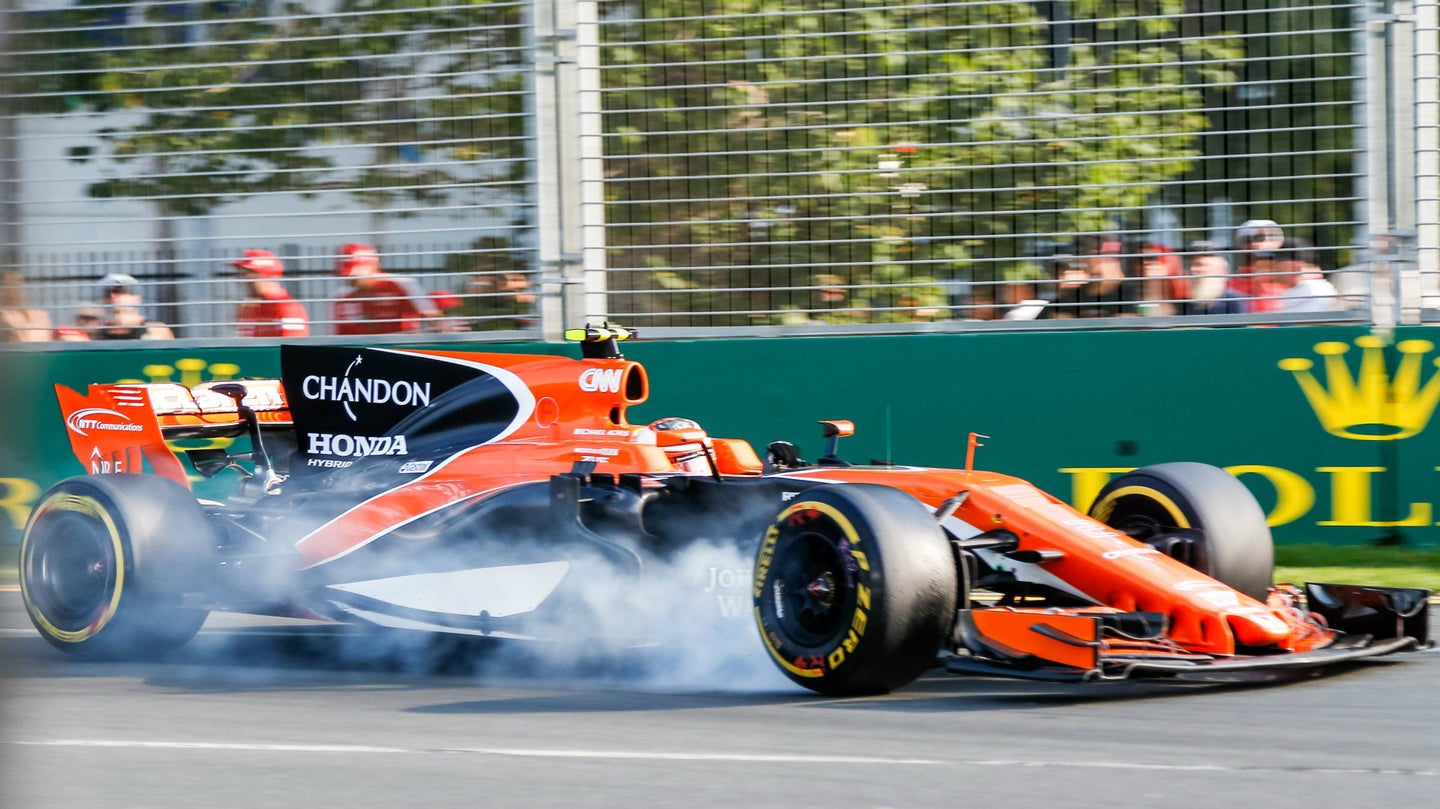 Someday, I might get to write something about the current McLaren-Honda Formula 1 partnership that isn't another iteration of "it's still completed screwed up." Since 2015, this tangled affair has been one of failure to deliver on big promises, to the frustration of both Honda and McLaren. Double Formula 1 World Champion Fernando Alonso, a current McLaren driver, made his displeasure quite clear by bad-mouthing Honda's engine on the live race broadcast at Honda's home race at Suzuka in 2015, calling it a "GP2 engine," referencing the slower feeder series from which some Formula 1 drivers come.

Rumors of McLaren running back to Mercedes, their engine suppliers between 1995 and 2014, with their tail between their legs circulated in March, with McLaren officially denying the allegations in late April. The true answer to whether or not the team was going to run home to their German ex surfaced last night, when the deadline for an engine supplier switch passed without any acknowledgement by McLaren. McLaren-Honda are indeed on for 2018, much to the chagrin of the team's fans, and maybe that of Fernando Alonso.

Not all hope is to be lost, however. According to a report by AMuS, Honda's new engine design slated for introduction at the Canadian Grand Prix will incorporate a pre-chamber ignition system, as system similar to the one in use by Ferrari. This will boost the fuel efficiency and power output of the internal combustion unit to match their target: Mercedes' 2016 Abu Dhabi figures. Nothing has been heard regarding updates for the engine's ERS system, which has been one of the engine's weakest points, despite matching Mercedes' ERS power output in mid-2016.

Honda had better hope their upgrade will bring the McLaren on par with the other teams on the grid, as McLaren-Honda is the only team this season that has yet to score any points, behind even Sauber, who are using an obsolete 2016-spec Ferrari engine due to budget constraints. If they cannot provide an engine capable of giving Alonso a race win, then they can expect to find themselves without his help come 2018.