Formula One News: Honda Won’t Supply Engines to Scuderia Toro Rosso After All

This leaves Honda with only one F1 team to supply engines to next year. 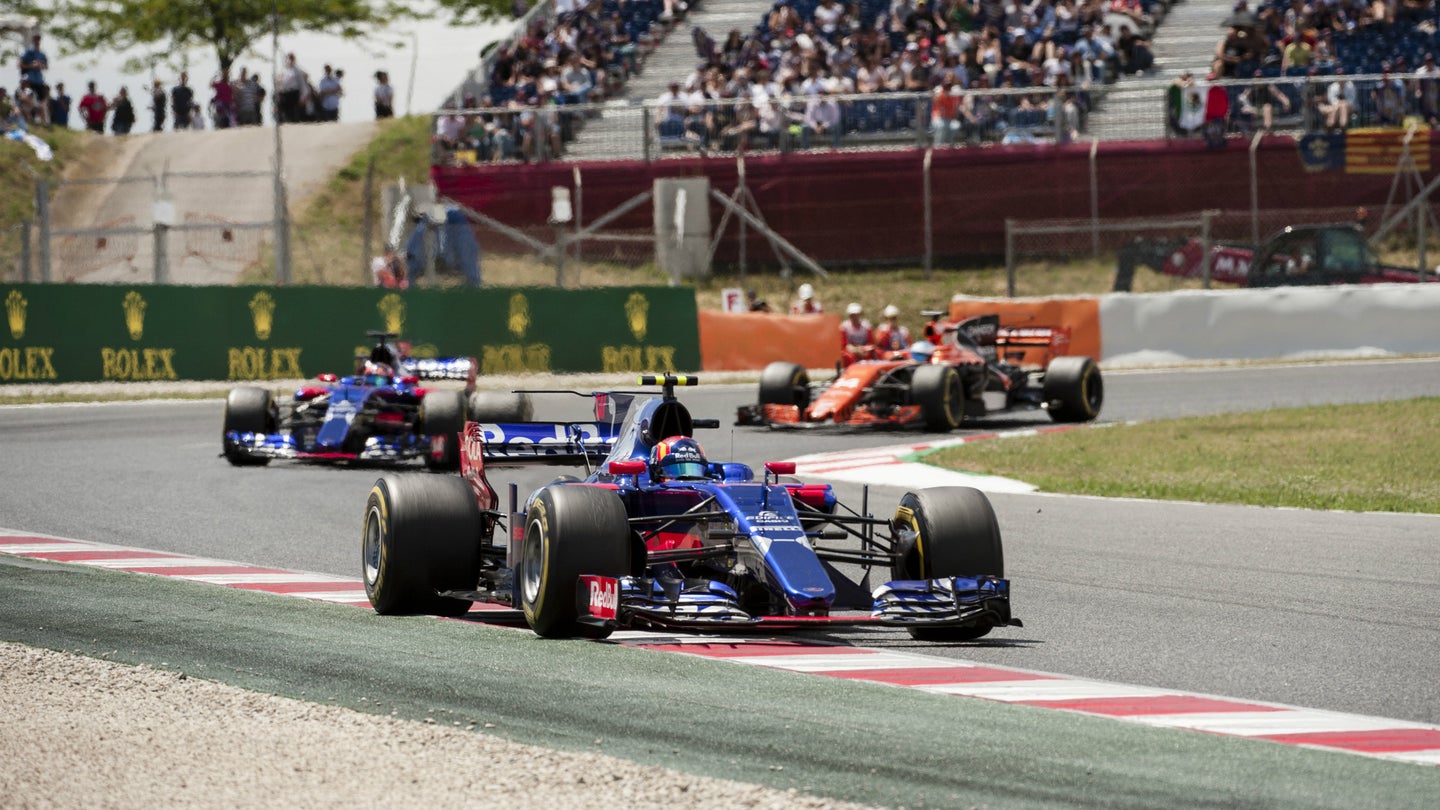 Desperate for the wealth of data available from supplying multiple teams, Honda has reached out to any Formula One team they think may be willing to use their engine in the hopes of better understanding its weaknesses. In April, we learned that Sauber F1 Team was switching from Ferrari engines to Honda units for 2018. In July, we learned the deal was called off by both parties after a management shakeup within the Swiss team, which instead opted for continued use of Ferrari engines. Honda's backup plan was to get Red Bull Racing's junior team, Scuderia Toro Rosso, to sign with them instead of Renault for the 2018 season.

It's time for that classic wah-wah, though, because Motorsport reports that Honda and Toro Rosso's negotiations have been dropped due to financial concerns and a lack of time to prepare for the use of Honda engines next season. For now, the deal is off, and McLaren will once again be the only team supplied by Honda next year.

Honda's Yusuke Hasegawa is still feeling the sting of having lost Sauber as a technical partner, according to an interview with Racer. "It is a customer team program, so it doesn't hurt our program very much, but we still expected to get the opportunity to get our engine running more," said Hasegawa. "We would have got more data and been able to make comparisons, so it is very disappointing. More than that, on the practical side, we had to stop the preparation. So it is very bad."

When Sauber reneged on their 2018 deal with Honda, it came as a surprise to Hasegawa and his team.

"I wasn't in the meetings, that was Yamamoto-san. Actually, Jorg Zander and I were in very good communication all the time, so we both didn't believe that we would have to stop this collaboration until the final moment."

In spite of Honda's limited data pool, they plan to push at breakneck speed on their engine's development, but no matter how much more they accomplish, they may still fail to satisfy McLaren's management—and their drivers.

He claims there aren’t enough opportunities for up and comers in the sport.