Everything points to the illustrious F1 driver heading to Indycar for a season. 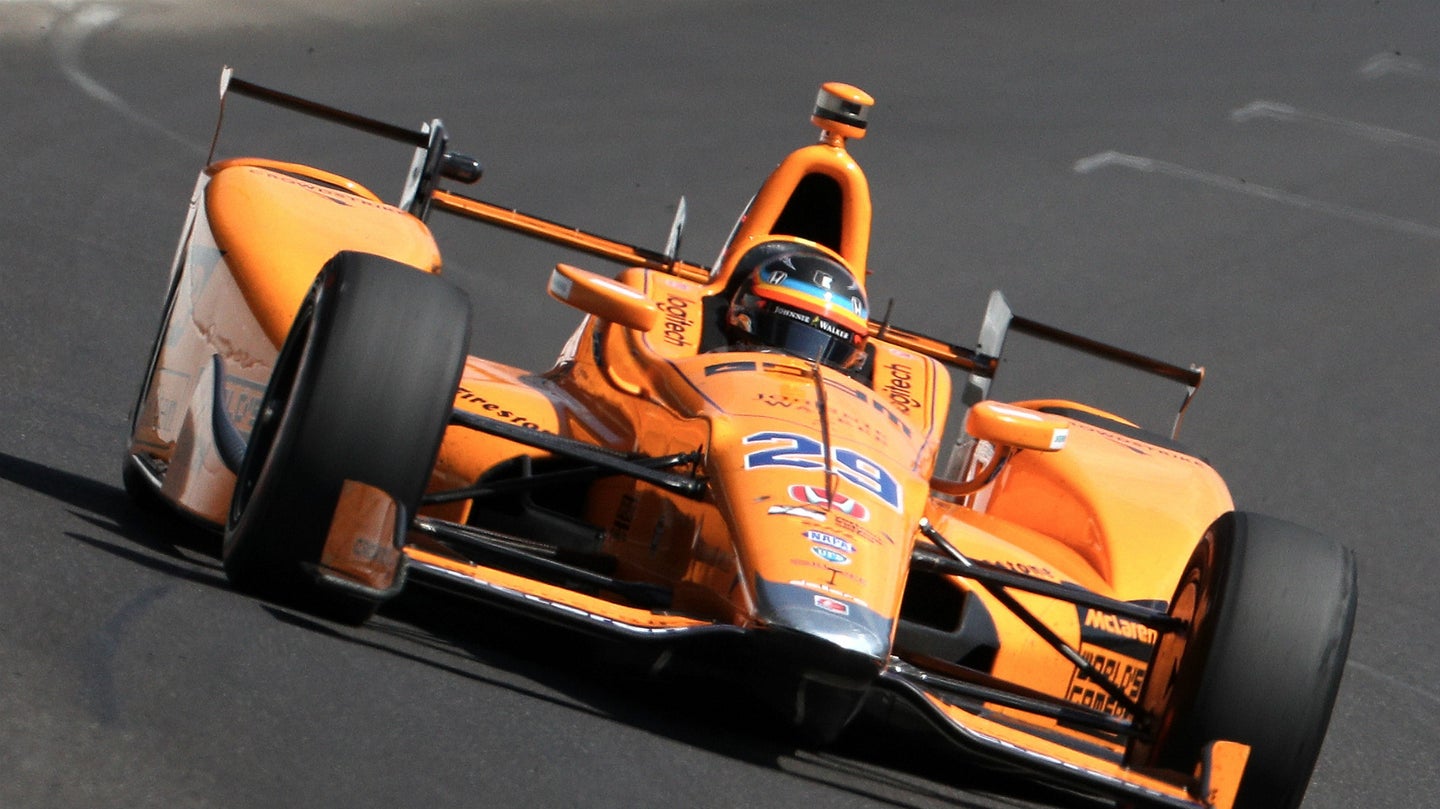 Tuesday, Fernando Alonso gave McLaren a choice: ditch Honda, or kiss his driving goodbye. With multiple standing offers from other Formula One teams, and a rumored link to Williams, Alonso's got enough choices to satisfy the all but the pickiest of drivers. Alonso, however, is indeed the pickiest of drivers. He has spent the last decade of his racing career seeking his next championship after winning two consecutive titles in 2005 and 2006, only to end up back at Renault during their decline, Ferrari at their least competitive since the early 1980s, and then stuck at the frustratingly mediocre McLaren-Honda. He's clearly had enough, and he's hungry for success as always, but with Mercedes, Ferrari, and Red Bull sealed off for 2018, he has looks to have no winning seat available in Formula One—which has some speculating he's going to leave Formula One for a year to race in IndyCar.

Will Buxton of NBC spoke to SkySports about Alonso's 2018 prospects, and he concluded that the there may be a seat at Andretti-Honda calling to Alonso, with 2017 Indy 500 winner Takuma Sato potentially leaving the team to drive for Rahal-Letterman instead.

"That now marks a clear route for Fernando to either get out completely, or take a sabbatical and go and do Indy for a year," said Buxton to SkySports.

About the rumored Williams and Renault switches that have been linked with the Spaniard, he continued: "[Alonso] said, 'Whatever I do in 2018, I need to be in a race-winning car, where I can fight for wins and titles.' That's not going to be in McLaren, it won't be at Renault, and regardless of how brilliant Paddy Lowe is, and the money that Lawrence Stroll brings, it's not going to be at Williams," commented Buxton, "where does that leave a race-winning car? The only place is IndyCar."

The only real short-term alternative for Alonso is Renault, which doesn't expect to be capable of winning races until 2020, too far in the future for win-deprived Alonso.

Indycar must be looking mighty friendly to the Spanish driver right now—we know he enjoyed his time spent at this year's Indy 500, with everything from the media sessions to the race itself a breath of fresh air for Alonso. You know, except for his Honda engine failing, to which he has become sadly accustomed in the last few years.

At this point, the future of Alonso's career may be dependent on what Takuma Sato decides to do with his 2018. If Sato decides he's comfortable in that Andretti-Honda seat, Fernando will be stuck playing the world's least enjoyable variant of musical chairs.