Watch This McLaren P1 Goes Up in Flames in the UK

Is McLaren’s luck on the track extending its reach to the road? 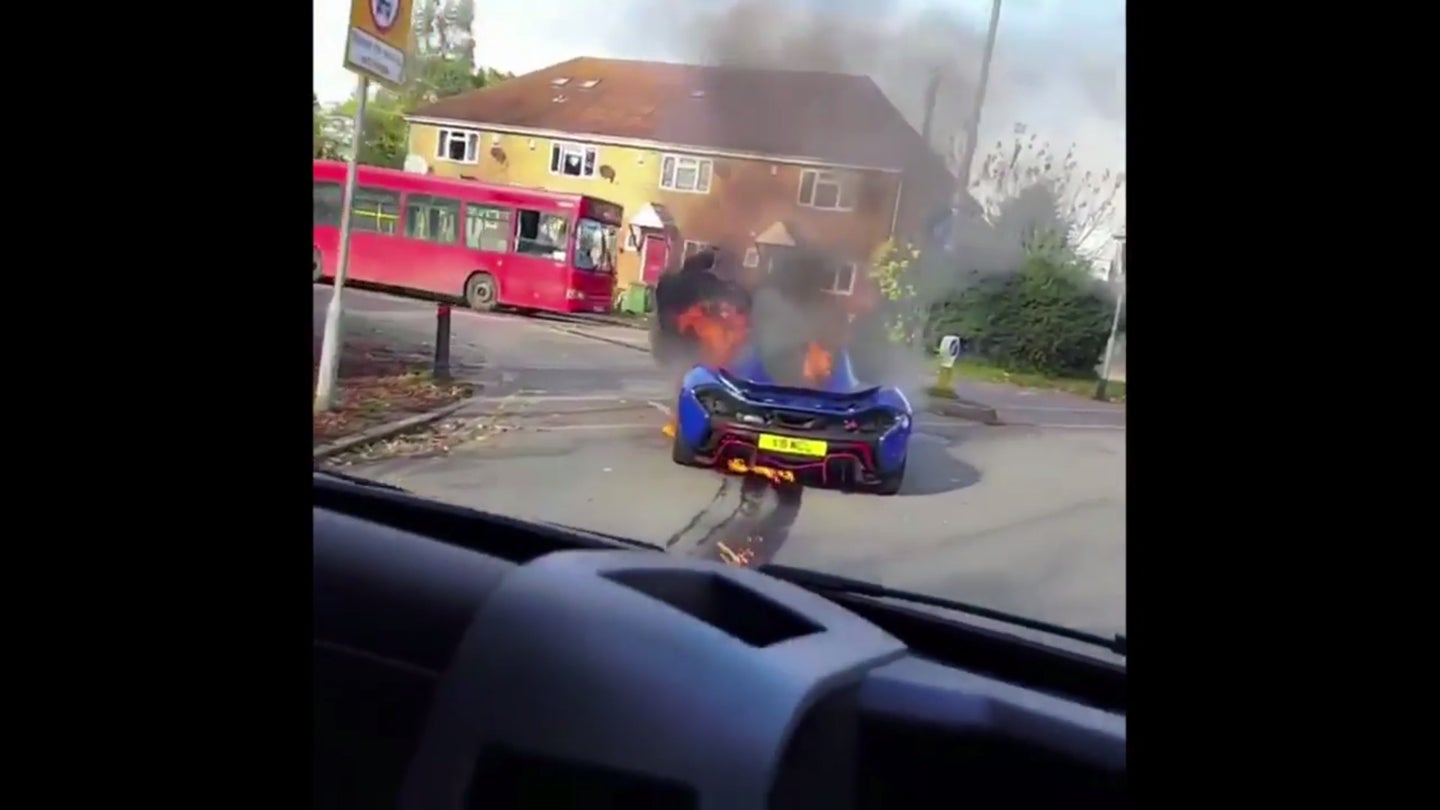 Let's face it when you think of supercars like Ferrari's or Lamborghini's even Porsche 911's the joke is they catch fire, but that is not what you expect from a brands halo car especially one of the holy trinity. That was the case recently in England when a McLaren P1 was filmed with flames pouring out of the engine compartment.

From the video you can see a trail of liquid ten to twenty feet away from the P1 when the video starts which appears to be on fire on the street closest to the car. A fuel leak of some kind can be assumed. The P1's engine bay is quite busy with a 3.8-liter Twin-turbo V8 engine with 737 horsepower coupled with 178 horsepower electric motor. McLaren only made 375 P1's and it does not look like you can come back from the damage caused by this fire.

Sadly, this is not the first McLaren P1 disaster I have dealt with. About a year ago, the Washington DC area orange P1 supposedly owned by a Sultan in the Middle East (the car had Department of Justice temp tags on it) wrecked when it was taken for a joy ride by a friend. The orange P1 was chassis number 005 of 375. That car started life looking like this:

Is a "Save the P1's" movement to early in its lifecycle?