This is the kart that kicked off the two-time Formula 1 world champion’s illustrious racing career. 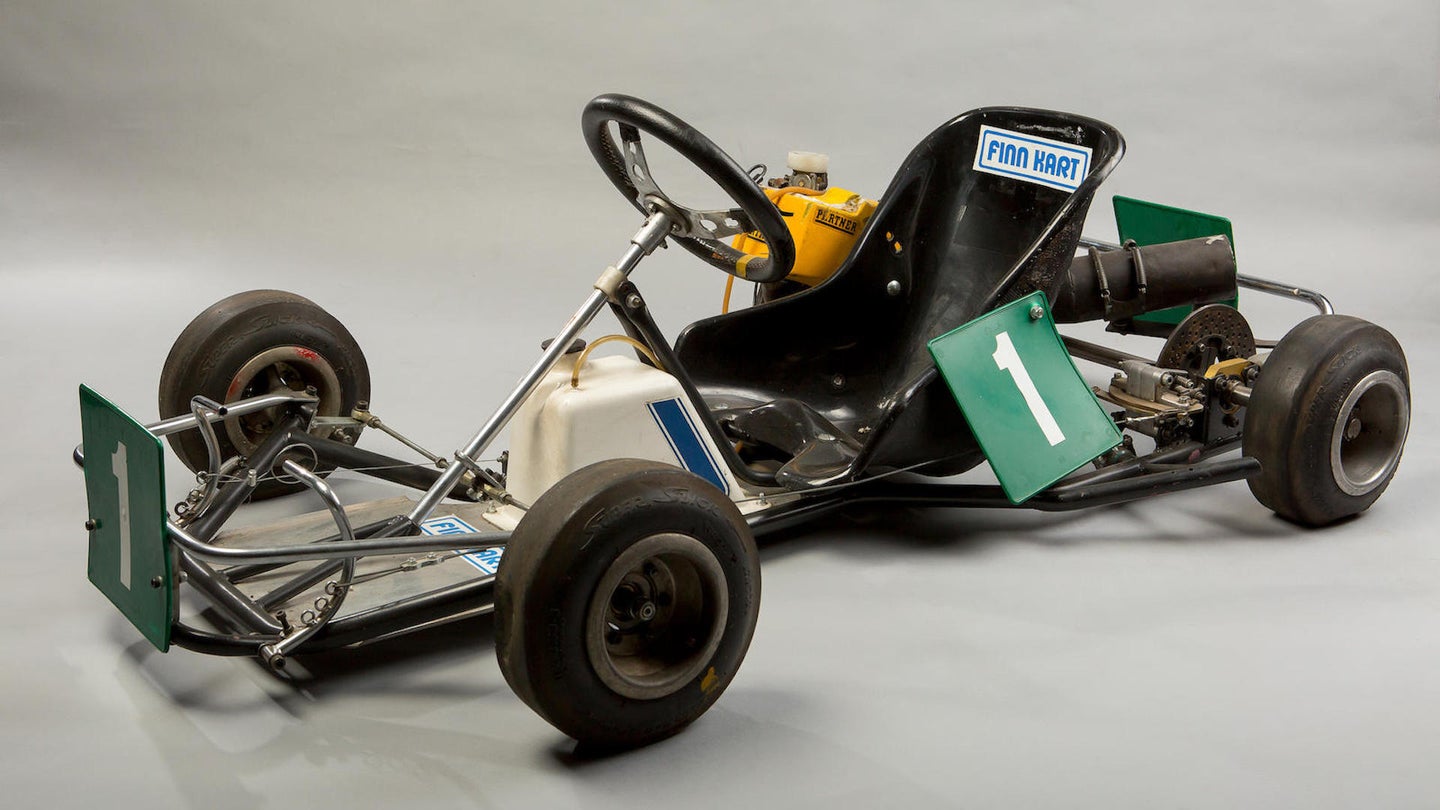 Motorsport's biggest racing icons had their first taste of wheel-to-wheel competition at the wheel of a racing kart. This unique example that will soon go through the auction block at Bonhams' Monaco sale is the perfect example of that, as it used to belong to McLaren-Mercedes' Mika Hakkinen, the original "Flying Finn."

Originally manufactured by Finnkart, this basic-looking kart doesn't resemble today's stylized and high-tech-looking racing karts, but as they say, the proof is in the pudding, and this bare-bones racer has the pedigree to prove it. According to the online listing, this Finnkart was driven to victory lane by the two-time Formula 1 champion and Mercedes-Benz protege during the early '80s.

Finnkart's owner, Petri Pirkola, provided this kart to Hakkinen so he could compete in the Ronnie Peterson Memorial Championship and Finnish Karting Championship (Formula Mini-Series) in 1982. Hakkinen went on win the Ronnie Peterson Memorial and finished second in the national karting championship, which eventually catapulted him to higher formulas and eventually Formula 1. By the looks of it, the Finnkart was retired shortly after its successful outings with Hakkinen, as the ad claims that it hasn't been driven since 1983.

The exquisite pictures show in detail just how well-maintained this kart has been throughout the years, as the axle, disc brakes, and even the black fiberglass seat look to be in extremely good shape. The engine bolted to the handbuilt chassis is an 85-cubic centimeter two-stroke engine, which flaunts its exposed carburetor and air intake atop of the single cylinder head.

According to Bonhams, the Finnkart is expected to bring between $11,000 and $15,000 which is somewhat of a bargain given its rich history. As someone who's deeply involved in the world of karting, the estimated sum can easily be blown out of the water while building a race-winning shifter or direct-drive kart nowadays.

Google is celebrating ‘Mario Day’ by enhancing your navigation experience with some Mario Kart action.