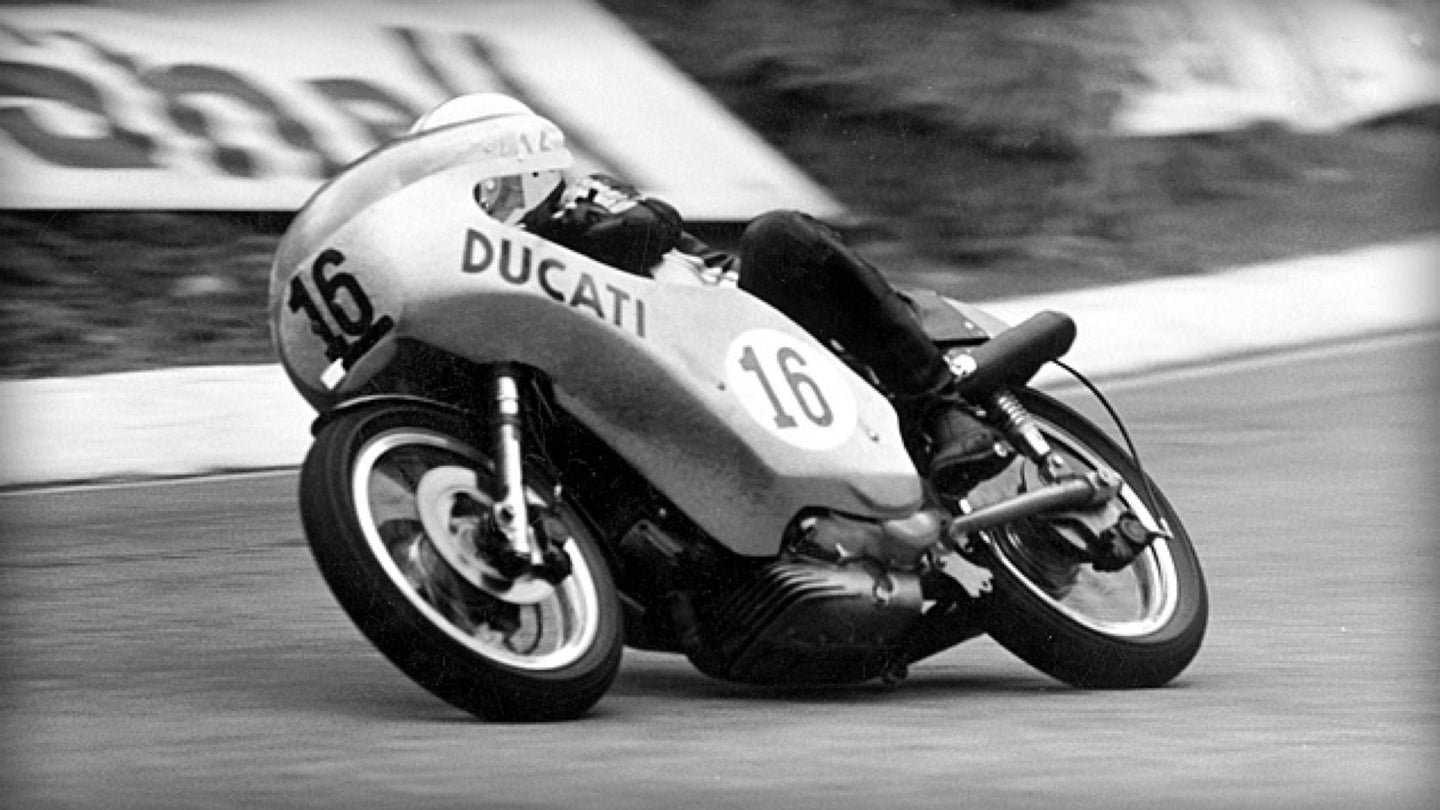 If you’re keen to buy a vintage Ducati, this 1974 Ducati 750 GT motorcycle is your huckleberry. The up for grabs ‘74 Ducati 750 GT is for all intents and purposes a contender to the Supersport, but it won’t burn a $200,000 hole right through your pockets.

Crossing the block at Bonhams' Spring Stafford sale at the Staffordshire County showgrounds April 21-22, the bidding for this two-wheeled steed will begin at just $22,000. But with a complete restoration costing upwards in the range of $40,000, you can still bet that it will fetch a pretty penny.

The GT has been updated with a high-output alternator and a second front disc brake. But its main attraction is that drool-worthy L-twin engine, a 90-degree vee designed to rush extra cooling to the cylinders created by the all-time Ducati legend Fabio Taglioni.

First released in 1971, that 90-degree layout marked a departure from the manufacturer’s traditional hairpins. The result of which made for a superior smooth ride and lengthened wheelbase.

And it was this very design that kicked-off Ducati’s superbike racing streak with Paul Smart’s unforgettable win at Imola back in ‘72. Previously racing with Team Hansen Kawasaki, the legendary racer was given an offer to take up with team Ducati. And take up he did.

In a 2008 interview with the Telegraph, Smart described seeing the bike for the motorcycle in his own words, "The bike looked much too long and too big to be a serious race machine but I was immediately impressed by Taglioni who reminded me very much of Doug Hele at Triumph - a good listener, very enthusiastic with a big smile and carrying a very clear picture of the complete race bike in his head. Like Hele, he knew what was needed to make the whole bike work and this encouraged me no end.”

And although Smart worried that the handling was too slow, he still managed to make history. To boot, Ducati promised Smart that if he won he could keep the bike. A promise that they most certainly followed through on. He still retains ownership of the ride and it is on display in the Ducati Museum in Bologna.

While this golden glory might not be the very model that bested Imola, it’s a stunning example of one of the best post-war motorcycles to date and a chance at owning a page right out of the Ducati history books.