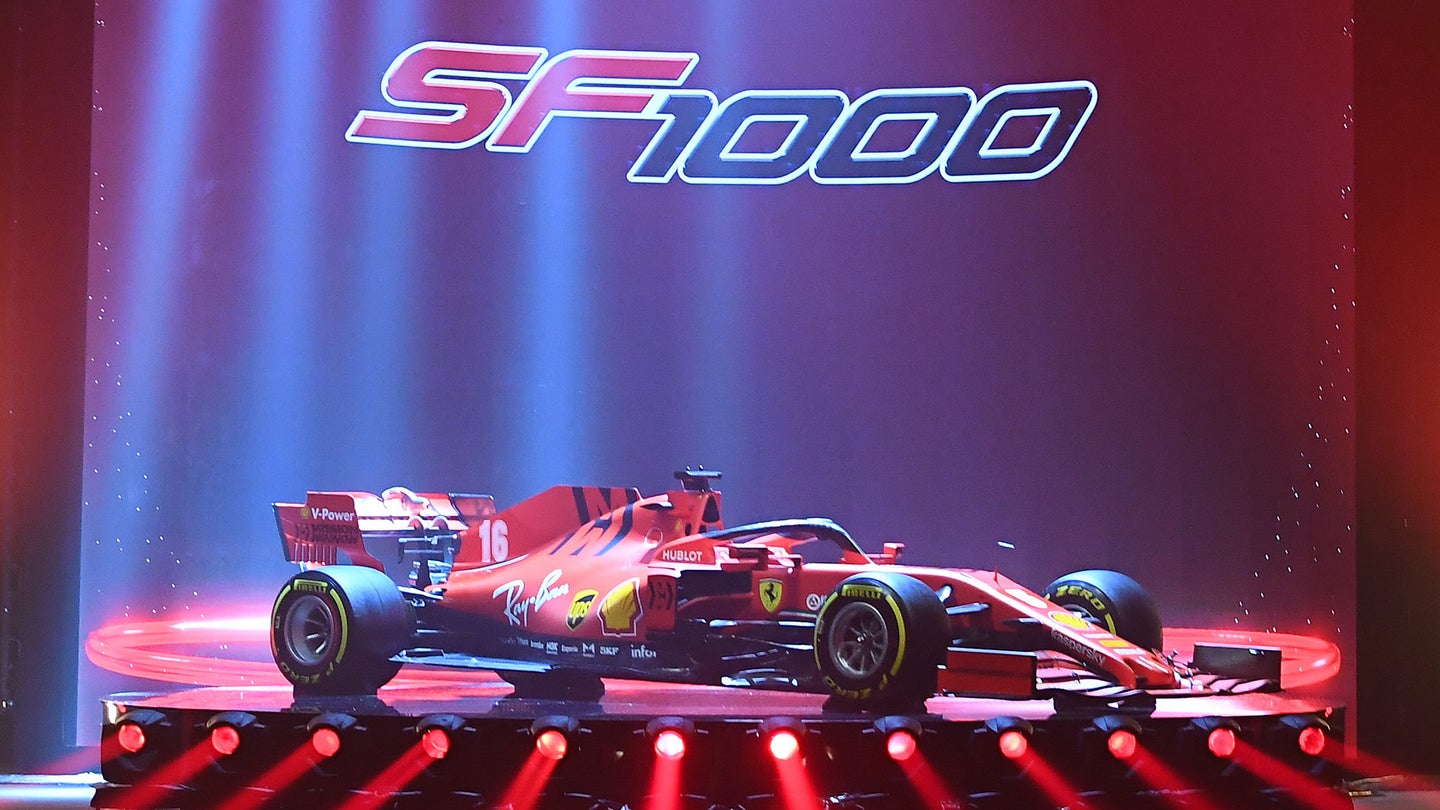 Scuderia Ferrari is officially the first of Formula 1's frontrunners to break cover by revealing its 2020 F1 car, the SF1000, which the team hopes will be its ticket to its first championship in 12 years.

Ferrari named the SF1000 for the milestone the team will reach at this year's Azerbaijan Grand Prix, at which the team in red will have entered 1,000 F1 Grands Prix. The team intended to celebrate its millesimo Gran Premio in Monaco, but postponement of the Chinese Grand Prix in response to the coronavirus outbreak has kicked the Scuderia's 1,000th race down the road to the less-glamorous Baku race.

Ferrari's esteemed driver lineup of F1 veteran and quadruple champion Sebastian Vettel and young phenom Charles Leclerc are expected to extract every ounce of performance from the SF1000 in each of this season's 22 Grands Prix. Of course, if the Scuderia aims to keep reigning champions Mercedes-AMG off the top step of the podium.

Regardless of when race number 1,000 arrives for the Scuderia or whether it triumphs, being the first F1 team to reach 1,000 Grand Prix entries will be reason enough to pop a bottle of Prosecco. Even F1's second-most-senior team, McLaren, is a good 126 race entries behind the Scuderia, and at this rate, it'll take the team in Woking until 2025 to chalk up its own thousandth race.

The Scuderia earned its most recent title in 2008 when it won the constructors' championship, its campaign led by drivers' title runner-up Felipe Massa. Though Ferrari has achieved race wins in 10 of the 11 seasons since it has failed to produce a true championship challenger—Red Bull Racing and Mercedes-AMG have dominated every championship for the past decade.