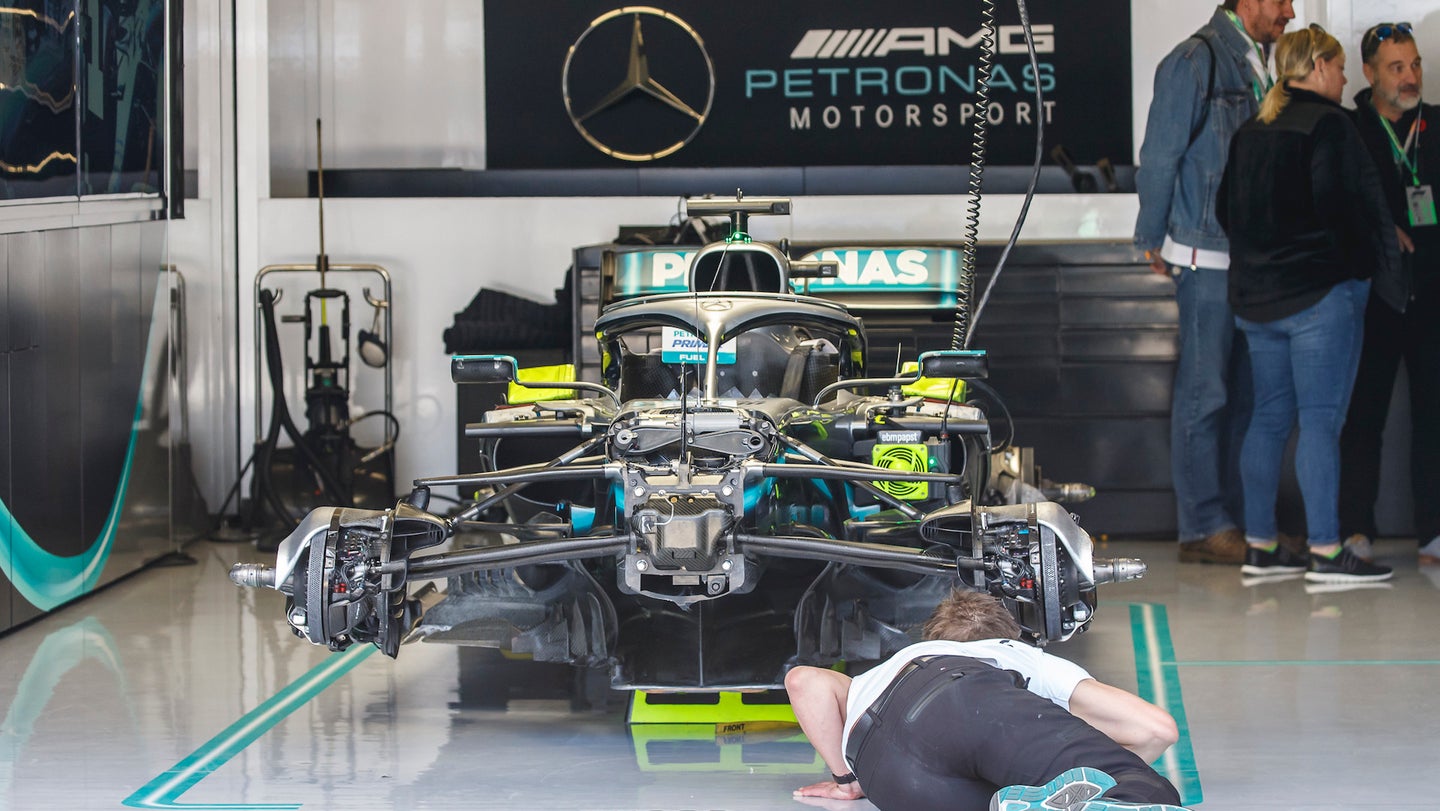 Formula 1's first winter test rapidly draws near, and in order to avoid the embarrassment Williams faced last year when it arrived in Barcelona without a working car, F1 teams are already firing up their 2020 race cars.

Mercedes-AMG pioneered this year's car startups on January 28 when it posted audio of its 2020 car, the W11, running for the first time.

Due to its dominance since the dawn of the V6 era in 2014, the Brackley-based team is the favorite to win this year's constructors' championship, if not the drivers' championship as well. Lewis Hamilton has won five of his six world titles so far with the team, and if Mercedes-AMG maintains its form, the Brit could equal Michael Schumacher's all-time record of seven drivers' championships this season. Hamilton's Finnish teammate Valtteri Bottas hopes to deny him the chance, however, as he told Race Fans that he has "a plan" to defeat the indomitable Englishman on-track this year.

McLaren followed in Mercedes-AMG's footsteps a day later, its Renault-powered MCL35 coughing to life on Wednesday.

These past seven years haven't been as romantic for McLaren as they have for Mercedes. Despite maintaining a strong driver lineup throughout, issues with McLaren's management structure, engine supply, and engineering dragged the Woking team toward the back of the grid. McLaren finished ninth in the constructors' championship twice these past five years; its worst performances since 1980.

Fortunately, managerial overhaul and new technical expertise rekindled some of McLaren's magic in 2019, as the team chalked up a fourth-place finish in the championship, and its first podium finish since 2014. Young talents Carlos Sainz and Lando Norris look the the right drivers to lead McLaren into a decade as bright as its eye-searing blue-on-orange livery.