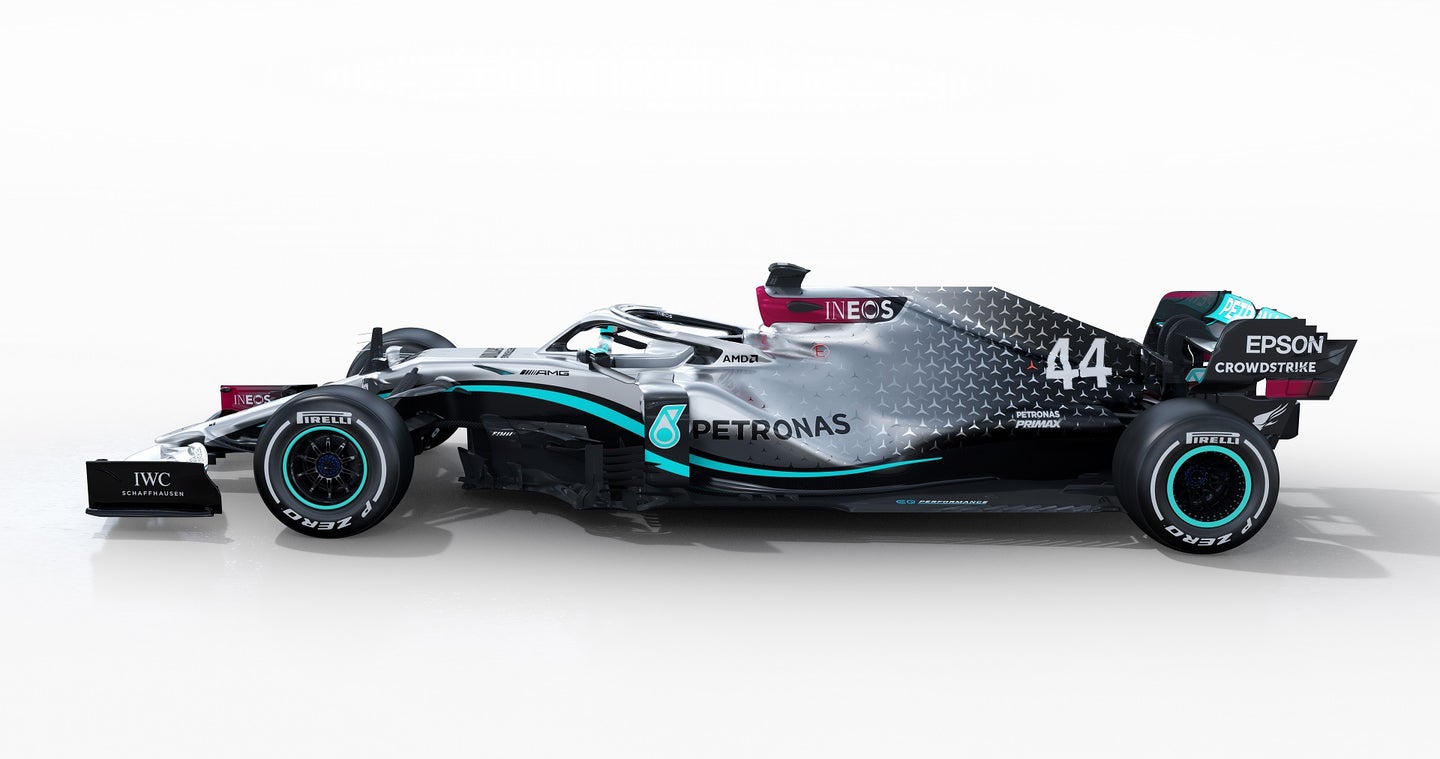 The final front-running Formula 1 car of 2020 is here: Mercedes-AMG's W11, and it's the favorite to run away with both the constructors and drivers' world championships once again.

Thanks in part to getting a big head start on its 1.6-liter, single-turbo hybrid V6, and in equal part due to star driver lineups, the big-spending Brackley F1 team has practically sauntered away with both titles every year since 2014. With little in the way of rule changes to trip Mercedes, its title-winning 2019 momentum is expected to carry it forward to victory in 2020, provided Scuderia Ferrari and Red Bull Racing can't cloud out that shining silver star.

This season, Mercedes retains the driver lineup it hastily assembled in the wake of Nico Rosberg's shock retirement after his successful 2016 title campaign. Despite questions about his ability to challenge his teammate, seven-time Grand Prix winner Valtteri Bottas partners six-time world champion Lewis Hamilton for the fourth straight season, which he hopes to make his best in F1 yet. The Finn hinted that he has a scheme in mind for taking the fight to his British teammate—one that doesn't involve the mind games Hamilton and Rosberg infamously played on one another.

The W11 and its drivers will first take to the track next Wednesday at Circuit de Barcelona, site of the Spanish Grand Prix, for the first of two winter test sessions. No team or driver will show its full hand in testing, so try not to derive too much meaning from the lap times. Unless, of course, Ferrari finds itself up five seconds a lap on everyone else, in which case, the year of the Scuderia's thousandth Grand Prix will be a good one.