Meanwhile, Ferrari’s Sebastian Vettel was removed from duty due to illness. 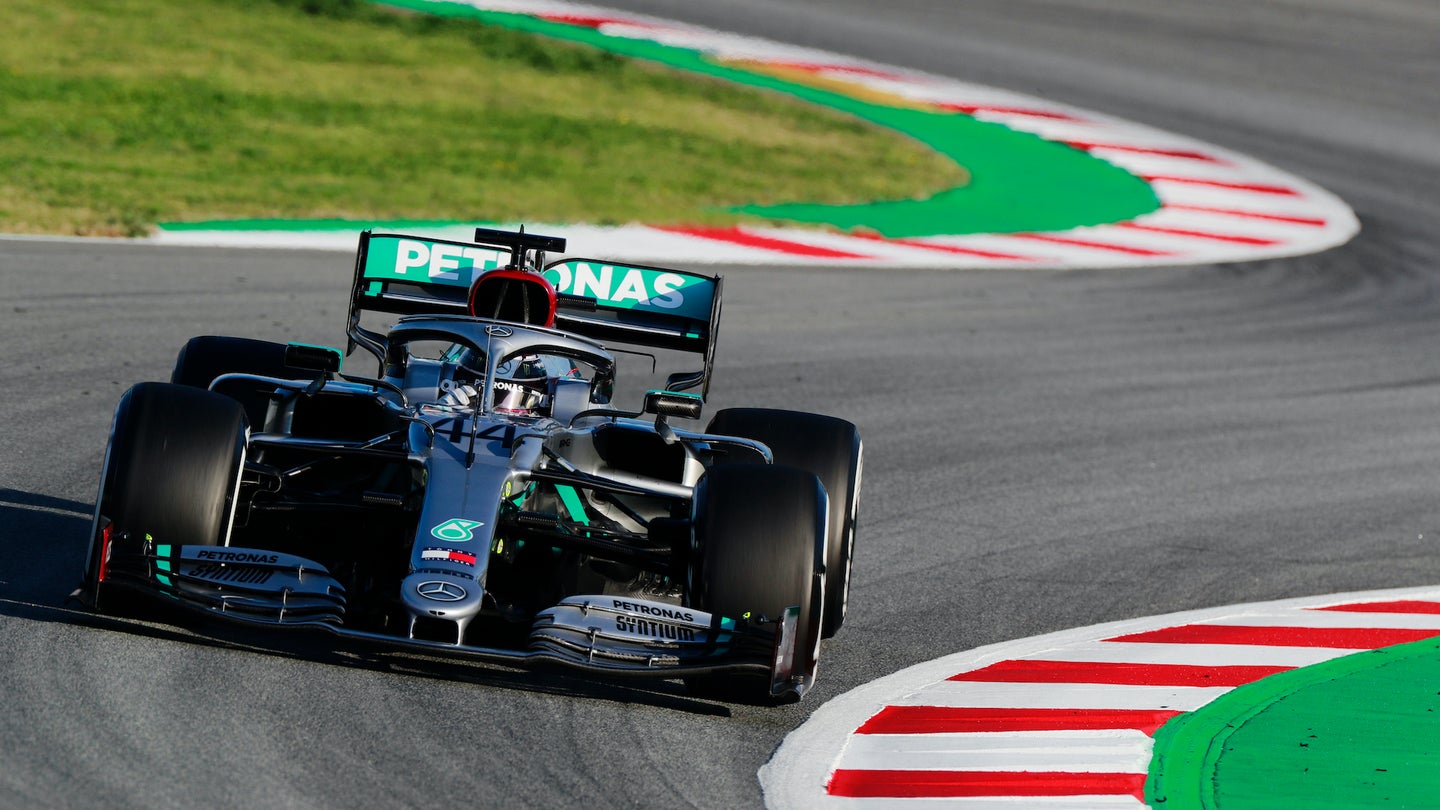 Day one of Formula 1's first winter test is done, and once again, it's the two Mercedes-AMG drivers on top, portending a possible seventh straight season of Silver Arrow domination.

Lewis Hamilton's best lap eclipsed that of Valtteri Bottas, who had a surprising coattail-rider in the form of Sergio Perez, a veteran of the soon-to-be Aston Martin-sponsored Racing Point outfit. It's no surprise to see a Racing Point crowding this year's Mercedes, as the RP20 reportedly borrows heavily from last year's Mercedes-AMG W10, much to the distaste of the rest of the paddock.

Mercedes' anticipated challenger Ferrari fielded only Charles Leclerc for Wednesday's test, as veteran teammate Sebastian Vettel was excused of test duties due to illness according to Reuters. The Monegasque driver studiously turned 131 laps, third-most of any driver, but none of them was a full hot lap—Leclerc's best time ranked the fifth-slowest of Wednesday.

Much closer to the Mercs was Red Bull Racing's Max Verstappen, who presumably struggled to clear sweet memories of the Aston Martin Valkyrie out of his head. Across the better part of four hours lapping Circuit de Catalunya, the Dutchman completed the most laps of any driver and achieved his best time on a harder tire than that used by the leading Mercedes.

It'd be hasty to say that Verstappen's best lap hints at a possible showdown between Bull and Arrow this season, as each team and driver's test schedules are unclear and too incongruous to give the general public much to go on. Fans may try to account for tire compound, but the available datasets simply aren't complete enough to permit meaningful analysis. Only the best-equipped F1 teams themselves stand a chance of figuring out who's top dog, and as Scuderia Ferrari has spent the last 11 years demonstrating, even the best can get it wrong.

So, rather than writing off 2020 as the year Hamilton cruises to a Michael Schumacher-matching seventh title, take things easy like Daniel Ricciardo, let the season unfold, and while you're at it, shout a crude word or two while your competitors get their photo taken.