What looked like a perfect race weekend for Ferrari fell to shambles as repeated, unforeseen problems ruined the team’s strategy. 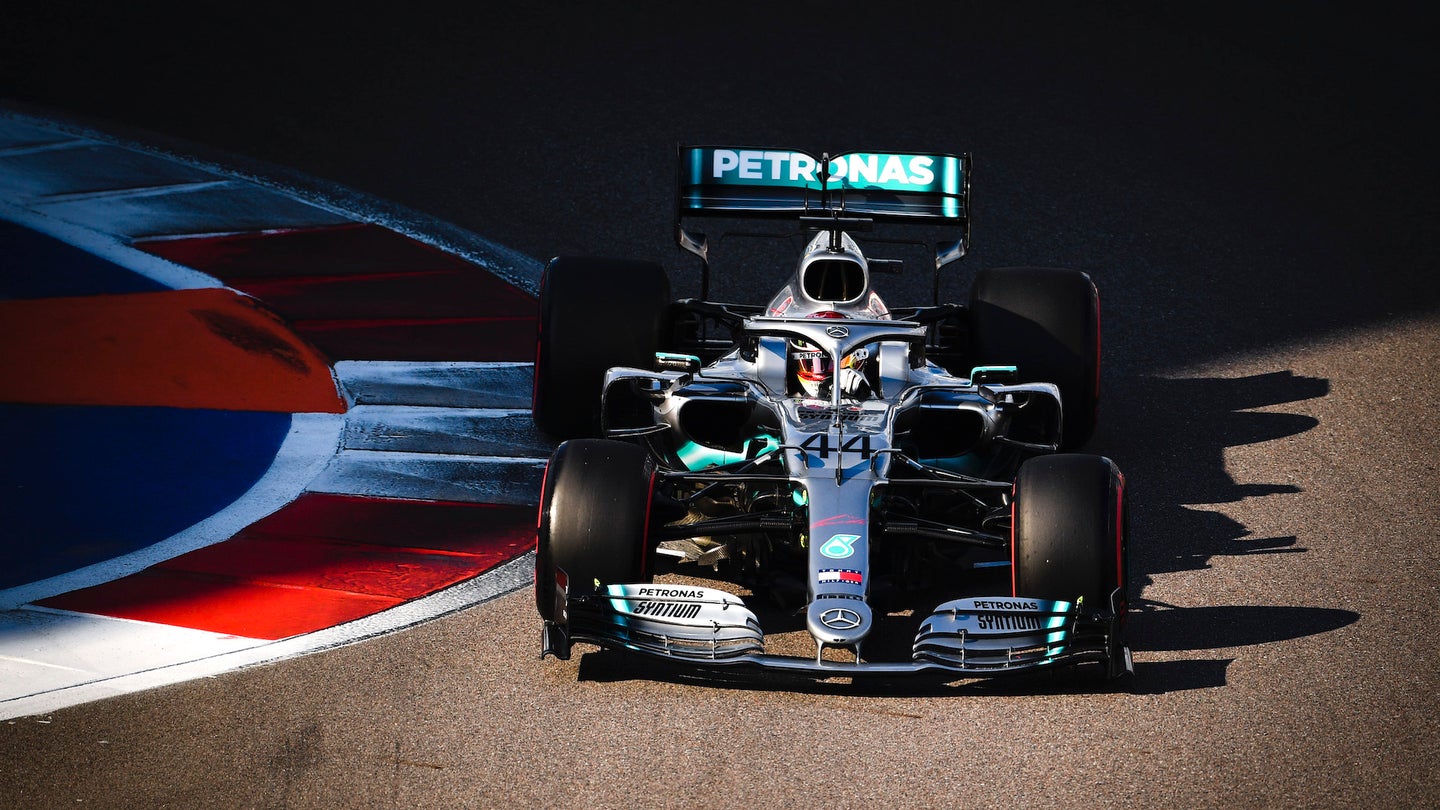 Lewis Hamilton led a one-two finish for Mercedes-AMG at the 2019 Formula 1 Russian Grand Prix after the schemes of its nearest rival Scuderia Ferrari suffered the effects of Murphy's Law.

Both Hamilton and polesitter Charles Leclerc fell behind a quick-starting Sebastian Vettel, who zipped into the race lead in turn one. A few turns later, toward the rear of the pack, Romain Grosjean and Daniel Ricciardo accidentally pinched Antonio Giovinazzi, tossing Grosjean off the track and into the walls, and necessitating a safety car. Ricciardo limped back to the pits with a tire puncture.

Before the safety car condition lifted at the end of lap three, Ferrari announced to Vettel that they would ask him to "swap" positions with Leclerc in a few laps. Three laps later, Leclerc was told his teammate would allow him by the following lap, but an indignant Vettel showed no signs of slowing to permit Leclerc passage. Pressure from the pit wall on Vettel continued to mount throughout the first stint, but Ferrari's race engineers elected to solve the problem by instead giving Leclerc an undercut at the end of lap 22, switching him to medium tires first.

Vettel reported the expiry of his rear tires on lap 24, by which time Leclerc's mediums were starting to come alive. When Ferrari finally hailed Vettel in for mediums of his own at the end of lap 26—tailed by a retiring Ricciardo—Leclerc was too close not to gain track position, and leapfrogged the German for third position.

But Ferrari's headache wasn't over. Vettel's pace abruptly fell off on lap 28 due to a reported MGU-K failure that threatened to damage the rest of the engine, and he had to stop the car on the side of the track. This time, marshals recovered the Ferrari under a Virtual Safety Car (VSC), triggering a massive pit rush in which most of the field took time-discounted stops, Mercedes included. With their benefit of running longer than Ferrari on the first stint, this meant that Mercedes' lead driver Hamilton had both track position and fresher tires, not to mention a teammate sandwiching second-placed Leclerc.

The VSC escalated to a full SC when George Russell's Williams suffered an apparent brake failure and speared into the wall, which also prompted Williams to retire Robert Kubica's car over fear of the same. This allowed Ferrari to switch Leclerc to soft tires, with the hope that the extra pace would let him pull past one or both Mercedes.

Those dreams, however, didn't materialize. Leclerc struggled to stay close enough to Valtteri Bottas to use his Drag Reduction System (DRS) on the pit straight, which wasn't enough on its own to take second place from the Finn. They finished in the same order in which racing resumed after the safety car; Hamilton, Bottas, then Leclerc. Hamilton took home an extra point for the fastest lap (another Mercedes-AMG lap record) and Vettel was voted Driver of the Day.