Now, the Drivers' Title fight is down to Bottas and his points-leading teammate Lewis Hamilton. 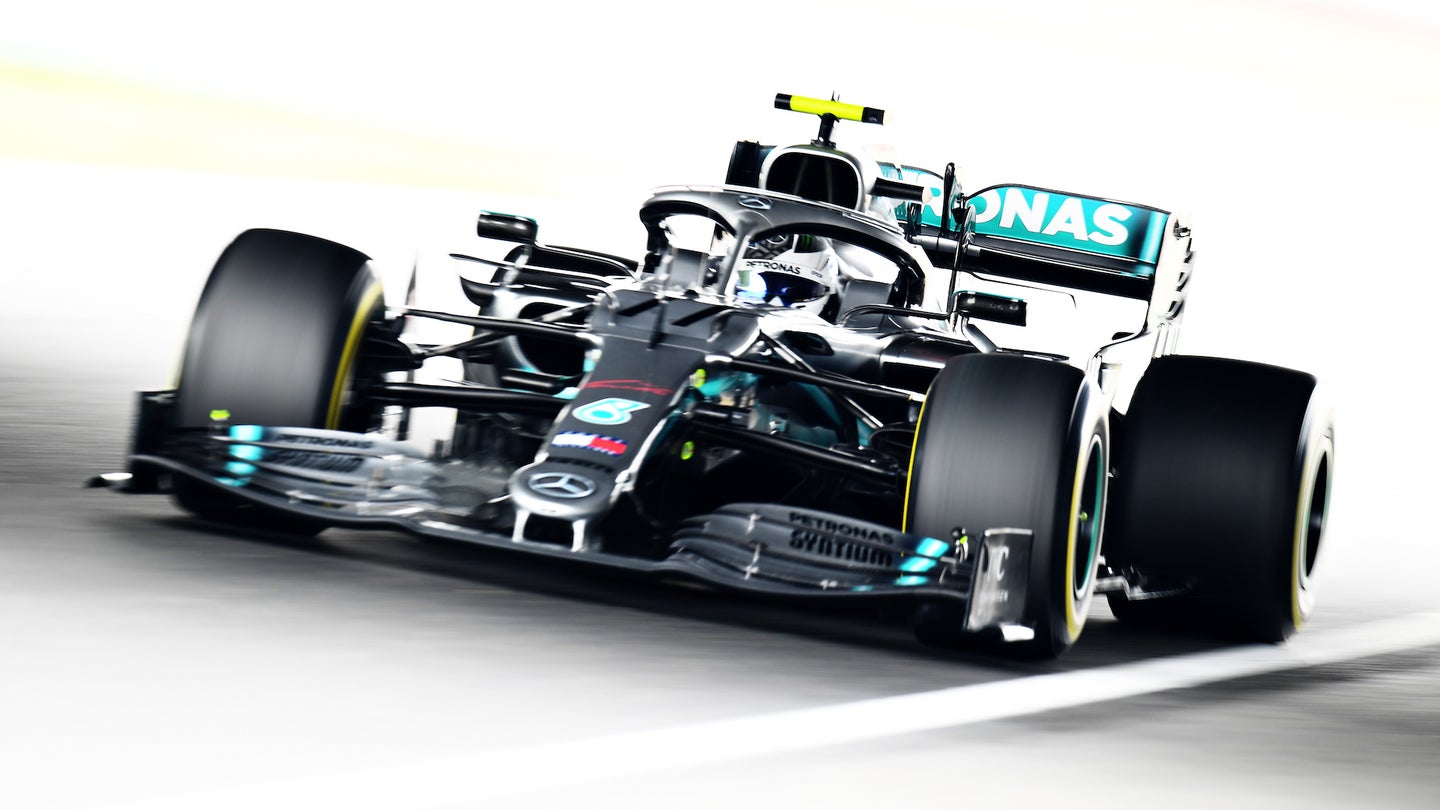 Ferrari's front-row lockout at the Japanese Grand Prix fell to shambles before the race's start when Sebastian Vettel made a false start, throwing himself off balance and opening the door for Bottas to barge past, his getaway perfect. Charles Leclerc tangled with Max Verstappen, spinning the Dutchman and damaging his own front wing, which spat carbon fragments at his pursuer Hamilton until Leclerc was ordered to pit for a front wing replacement.

As Vettel fell away from Bottas, investigations into his false start and Leclerc's snafu went nowhere, the latter delayed until after the race. Leclerc began making up places in spectacular fashion, pulling off moves his teammate failed last year, and even plunging past Kimi Räikkönen on the inside of the notoriously fast 130R. Verstappen, whose car was too damaged to achieve similar, retired his car on lap 15.

Around that time, Alexander Albon became the first frontrunner to make his pit stop, and he was quickly copied by his nearest competition in a matter of laps. Through it all, McLaren's Carlos Sainz maintained a healthy fourth, though he eventually gave up the position to Albon due to race strategy that put the Thai-Brit ahead of the Spaniard. Leclerc made up most of the ground he lost early on, but was asked by his team to pit to chase the fastest lap, and in obeying sacrificed a chance at a top-five finish.

In the race's closing laps, Hamilton had a significant pace advantage on Vettel and was able to cling to the German's rear wing for most of the track. Vettel, however, used Ferrari's unrivaled horsepower and the occasional slower traffic to stay ahead, and as the two navigated their final lap, Pierre Gasly punted Sergio Perez into the wall from ninth position, bookending the race with turn-two collisions.

Bottas and Hamilton cruised home first and third, the latter with the fastest lap, giving Mercedes-AMG the points it needed to close the book on this season's Constructors' Championship. Bottas became the first driver in history to win at Suzuka from a second-row start and remains mathematically the only driver aside from Hamilton eligible to win this year's Drivers' Title. Hamilton's points lead, however, is such that his coronation as a six-time champion may as well be a formality.