With Gasly failing to land a podium in the same Red Bull that his teammate Verstappen has won with twice, he’ll finish out the season at Toro Rosso. 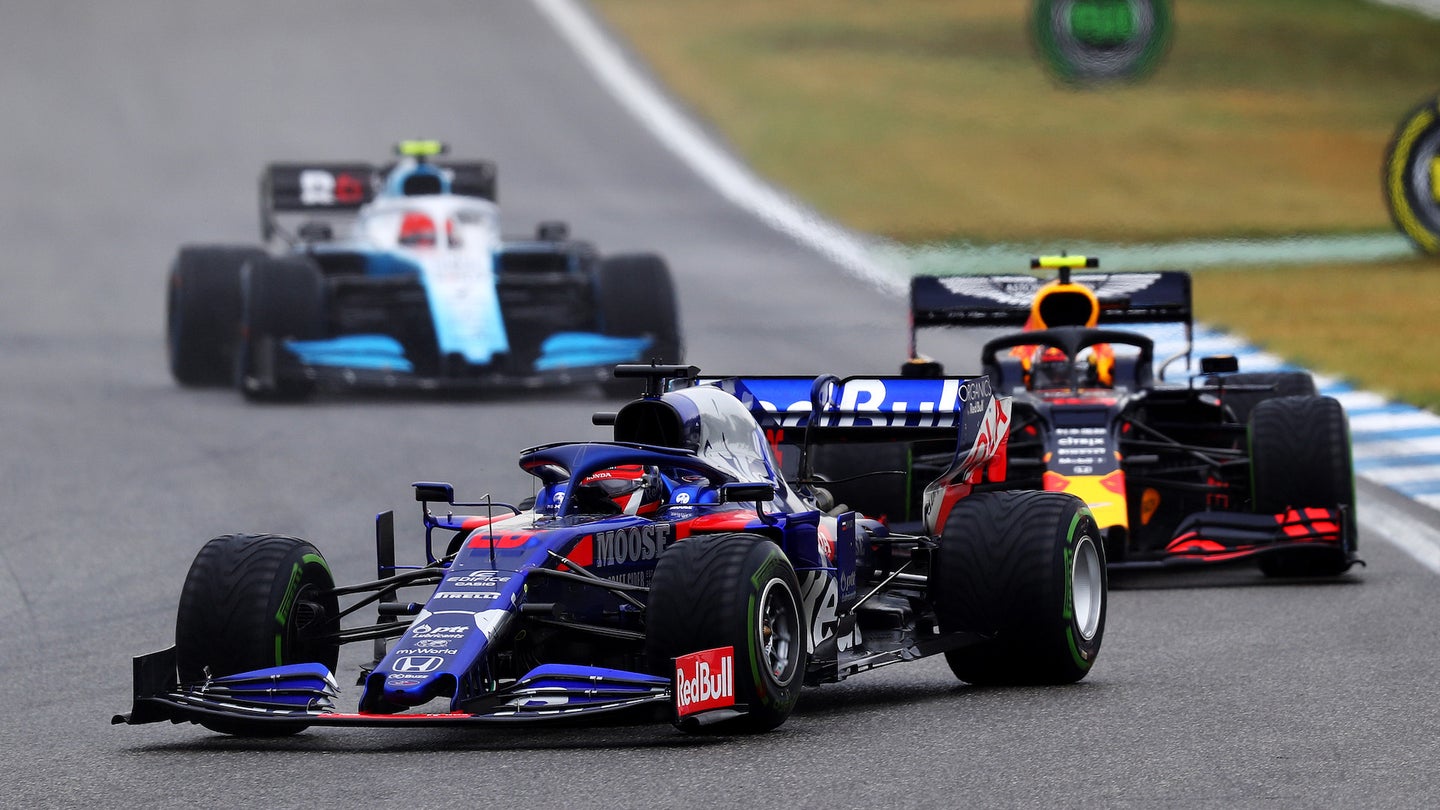 Aston Martin Red Bull Racing has announced a stunning summer-break change to its driver lineup: its star Max Verstappen will partner not Pierre Gasly, but Alexander Albon after racing resumes in Belgium later this month.

Gasly, who has under-performed against his teammate Verstappen all season, was previously promised patience at Red Bull; the racing organization's talent program director Dr. Helmut Marko told Motorsport Russia that the Frenchman would remain at Red Bull throughout 2019. The team, however, reneged on this commitment and confirmed the promotion of Albon, the Thai-British rookie on Monday.

Albon, who finished third in last year's FIA Formula 2 standings, has exceeded expectations at Scuderia Toro Rosso—Red Bull's junior team—where he has compared favorably to the more experienced Daniil Kvyat. Though Kvyat scored a podium in the outrageous German Grand Prix, Albon performed admirably in the first rainy Grand Prix of his career, nearly finishing ahead of Gasly despite driving a far less-capable car.

Gasly, on the other hand, has finished ahead of Verstappen just once this season, and sits sixth in the drivers' championship, with barely a third as many points as his teammate and only a handful more than Carlos Sainz of McLaren—another former Red Bull prospect. Gasly has only finished higher than sixth twice in 2019, whereas Verstappen has won two Grands Prix and finished on the podium on three other occasions.

F1's official blog speculates that Red Bull switched the two drivers with the hope that the fast-learning Albon would help the team secure second in the Constructors' Championship. Red Bull sits 44 points behind Ferrari as of the summer break, but has recently showed competitiveness that has led to Dr. Marko dreaming of championship contention in an interview with Germany's Auto Motor und Sport.