No longer the center of the Ferrari universe, four-time Formula 1 champion Sebastian Vettel is said to be looking for the door. 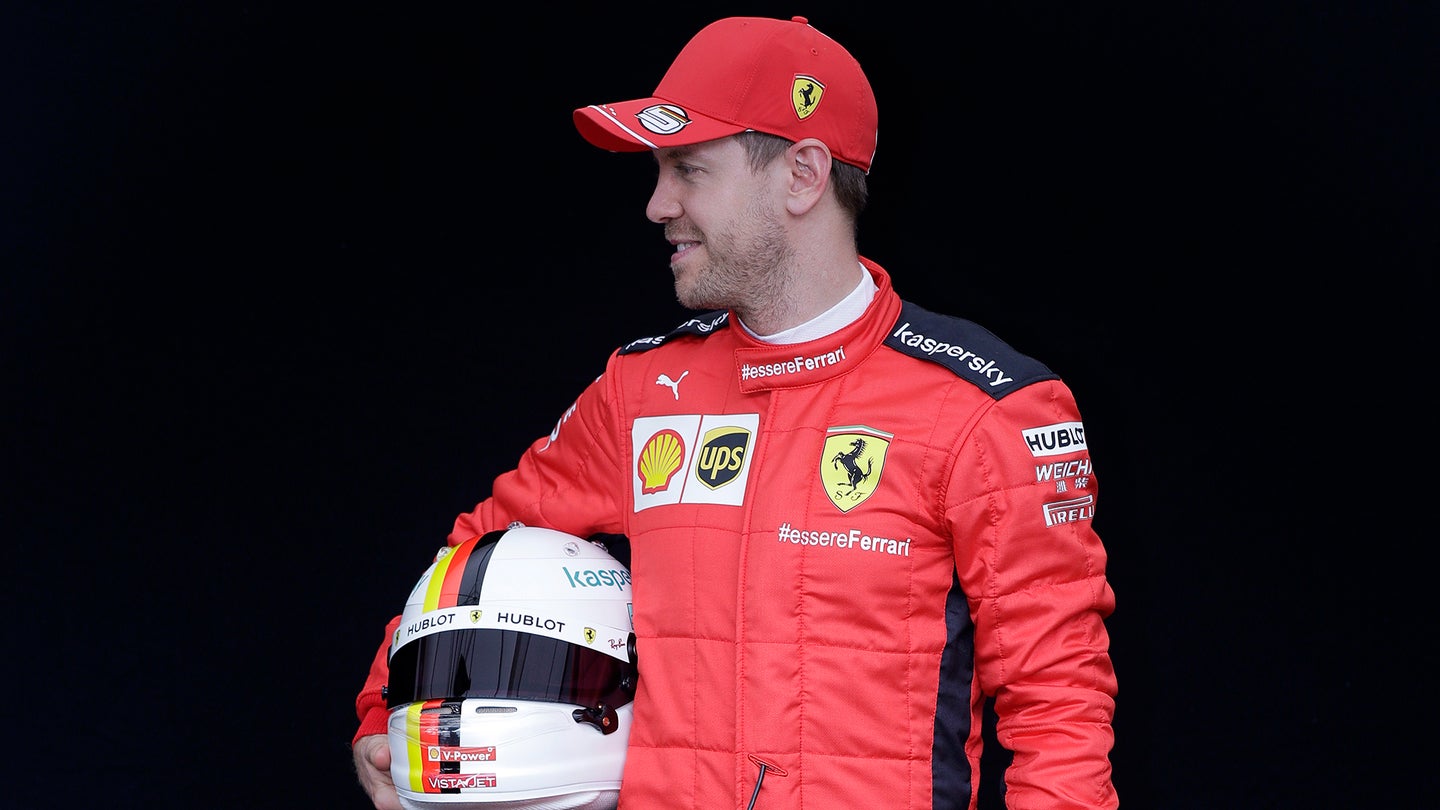 After a one-sided showdown with Daniel Ricciardo in 2014, Sebastian Vettel departed Red Bull Racing to follow in the footsteps of his childhood idol Michael Schumacher and become a world champion with Scuderia Ferrari. But four seasons and three leadership changes later, Ferrari as an outfit still proved no match for the indomitable Mercedes-AMG squad. And with Maranello shifting its loyalty to Vettel's young teammate Charles Leclerc, Vettel's dreams of taking a title with Ferrari are all but crushed—which is why he will reportedly leave the Scuderia after the 2020 season.

Citing German media, motorsport.com claims that Vettel will not renew the three-year contract he signed with the team in 2017 after negotiations over the 2021 season broke down. An announcement of the veteran driver's departure is reportedly due as soon as Tuesday. This would open up one of the Scuderia's much-coveted race seats, which current rumors reportedly suggest could be filled by either a disheartened-by-Renault Daniel Ricciardo or McLaren's Carlos Sainz, who raised his stock over the 2019 season with a string of strong drives, one of which culminated in the team's first podium in five years.

Where Vettel could head is unclear, though his former employer Red Bull Racing has counted out the possibility of him racing alongside its golden boy Max Verstappen. Lewis Hamilton's contract with Mercedes-AMG is also set to expire after this season; of course, the Brit is likely comfortable in the seat that has helped him secure five of the last six world championships. Only teams without an imminent shot at race wins will have seats open in the next couple years, and Vettel, who turns 33 this July, has already spoken of retirement in the recent past.

"I think I'm in a very fortunate position that I can probably try and do a lot of things, once I have decided to stop racing in F1," he told Motorsport. "Maybe race something else, maybe do something different in motorsport or do something completely different outside. I have some ideas, but I haven't decided. I'm quite relaxed."